How To Name a Polar Bear 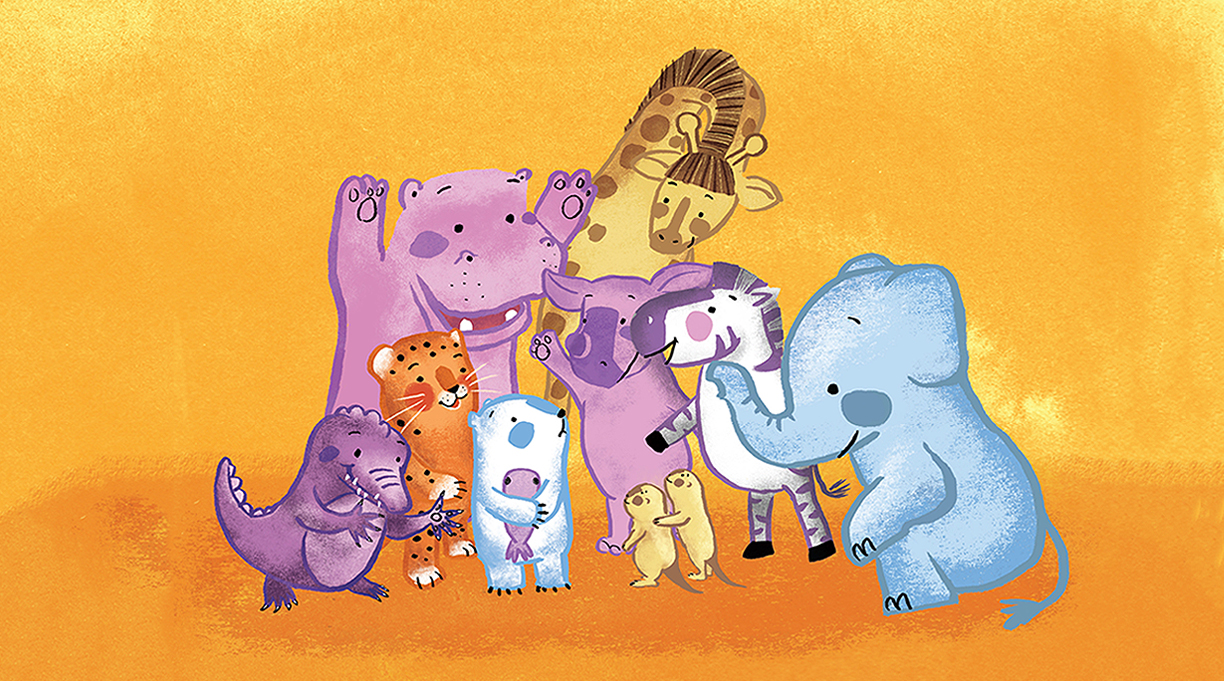 It’s not often that I think about polar bears’ names. In fact, I rarely think about them. But this year has me thinking about not one, but two polar bears and their monikers—or rather recent changes made to their names.

Last fall we got the news that publisher Child’s Play was renaming both a picture book and its polar bear protagonist. Originally published in 2015 and titled Ice in the Jungle, the story by Ariane Hofmann-Maniyar features a little polar bear named Ice who must leave her beloved tundra and all her friends when her mom gets a new job in the jungle. The little polar bear finds herself in a completely strange place, with a different climate, different language, and different foods. (She spits out a banana: “the strangest fish she had ever tasted!”) Since its publication, the book has found its way into classrooms as a means of starting discussions about immigration. The warm reception Ice is given by her new classmates serves as a model for children welcoming newcomers in their own schools.

As the previous administration’s anti-immigrant agenda became crueler and crueler, however, the publisher became uneasy with the fact that their little polar bear shared her name with the initialism for Immigration and Customs Enforcement—the agency actively separating children from their families at the southern border. In response, they have withdrawn Ice in the Jungle from sale in the United States, renaming the book’s protagonist Snow and reissuing the book with a new title and a bilingual Spanish/English text, with translation by Yanitzia Canetti. Nieve en la jungla / Snow in the Jungle debuted in paperback in the U.S. in December 2020, with a hardcover edition to come on April 1, 2021. ¡Bienvenida Nieve!

The other polar-bear name change is not so welcome, however. In 2013, Graphic Universe, an imprint of Lerner Books, released a Spanish import called Waluk, by Emilio Ruiz, illustrated by Ana Miralles, and adapted and translated by Dan Oliverio. This arresting graphic novel concerns another polar-bear cub, the eponymous Waluk, and his adventures after his mother abandons him. He falls in with Manitok, an aging bear who teaches him how to hunt while Waluk helps to compensate for the older bear’s growing physical weakness. It’s an absorbing tale, with gorgeous art and a strong environmental message. This year, Magnetic Press published its sequel, Waluk: The Great Journey (Feb. 23), which sees Waluk and his older companion continuing their adventures across a warming Arctic. Unchanged from the first iteration are the magnificent snowscapes, emphasized by the book’s landscape orientation, so it opens up into 8.5-by-22-inch double-page spreads; the endearing characterizations, both visual and textual; the environmental message; and the warm intergenerational relationship between the bears.

Unfortunately, what has changed is the older bear’s name: Where he was Manitok in Oliverio’s adaptation and translation of the Spanish text, here, in an uncredited translation, he’s named Eskimo: considered by many Arctic Natives to be a slur. In fact, in October 2020, the ice cream treat Eskimo Pie was renamed Edy’s Pie in order to disassociate the product with racist stereotyping.

It’s worth noting that the bear’s name in the original Spanish texts of both books is Esquimo; in this context, it is arguably not a name change but a name restoration. However, the name is hardly necessary to the bear’s characterization—he was perfectly delightful as Manitok. It is a real shame that Magnetic Press did not approach the book’s publication with the thoughtfulness applied by the publisher of Waluk’s first adventure—or that seen in the decision by Child’s Play to rename their bear.