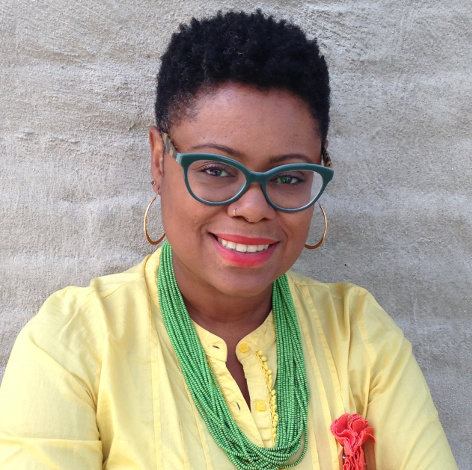 When Ibi Zoboi's family moved from Haiti to Bushwick, Brooklyn, they found that the change wasn’t as positive as they’d hoped. “Sometimes if we’re trying to leave somewhere broken, we’re moving into somewhere that’s even more broken,” Zoboi says. At the time, Bushwick was underresourced, underserved, and unsafe—and presented a whole different set of challenges for new arrivals, no matter what difficulties they were leaving behind.

Now, of course, Bushwick is best known for its trendy bars and organic markets, so when Zoboi wanted to turn her own experiences as an immigrant into a novel, she set it not in Brooklyn but in Detroit. The resulting book, American Street, is the story of Fabiola, a 16-year-old who moves to Michigan after living her entire life in Haiti, only to find that America, and her aunt and cousins who live there, is nothing like what she expected. Her mother is detained by the government, her family is thoroughly, bafflingly Americanized, and her neighborhood is far from welcoming. To cope, Fabiola turns to Vodou, looking at the world in terms of sprits and signs, and casting the people around her as different Loa, or saints, to fit the roles they take in her life.

Though she was just four years old when her family immigrated, Zoboi always felt caught between the two countries and cultures as she grew up. In the novel, Fabiola has to struggle with the same question her creator did: “what does she keep and what does she throw away in order to fit in?” As she learns more about her cousins’ lives and becomes more involved with their often shady friends, Fabiola has to make choices about what she’s willing to forgive, who to trust, and what she’ll sacrifice to get her mother back.

Zoboi doesn’t shy away from the the tougher realities of Fabiola’s life, especially the casual (and sometimes fatal) violence that surrounds her. On her first night in the city, she witnesses a vicious, senseless beating. Her uncle was shot years ago, leaving her aunt and cousins to make ends meet however they could (usually illegally). For Fabiola, this violence is personified by her cousin Donna’s abusive boyfriend, Dray, a drug dealer who uses his money and status to terrorize those around him, especially women. Yet as vile as he is, Dray has demons of his own. “No one is born evil,” Zoboi says. “No one is born wanting to commit an act of violence.” A late, heartbreaking twist shows exactly how Dray became who he is.

Dray’s story is part of Zoboi’s attempt to explore how these cycles of violence are perpetuated, and how they end up poisoning everything around them. “Desperate people, desperate people looking for a way to get by — it starts with that,” she says. “And sometimes it doesn't have anything to do with race; it has to do with needing to be able to support yourself and live the American dream.” For example, she points out that the crime and violence in Detroit didn’t start with black kids in street gangs but with white bootleggers like the Purple Gang.

Above all, it was important to Zoboi to avoid falling into cliches about misbehaving black kids and inner-city crime. She knows how

damaging negative stereotypes about young people, especially young people of color, can be. Nonetheless, her first priority was being true to the experiences of the teenagers she is writing for and about. “This is just a documentation to say ‘Hey, this is happening to someone in this world,’ ” she says of her book. “The details may differ but this is a reality.”

Despite the struggles Fabiola and real immigrant girls like her face, Zoboi understands the pull of immigration. Crossing the border  represents not just change, but hope: everything will be better when you get to the other side. “The other side is freedom and happiness or being able to financially support yourself or being with family,” she says. “Sometimes it’s not just a matter of leaving somewhere; it’s aiming for something more, something that you feel that you deserve.”