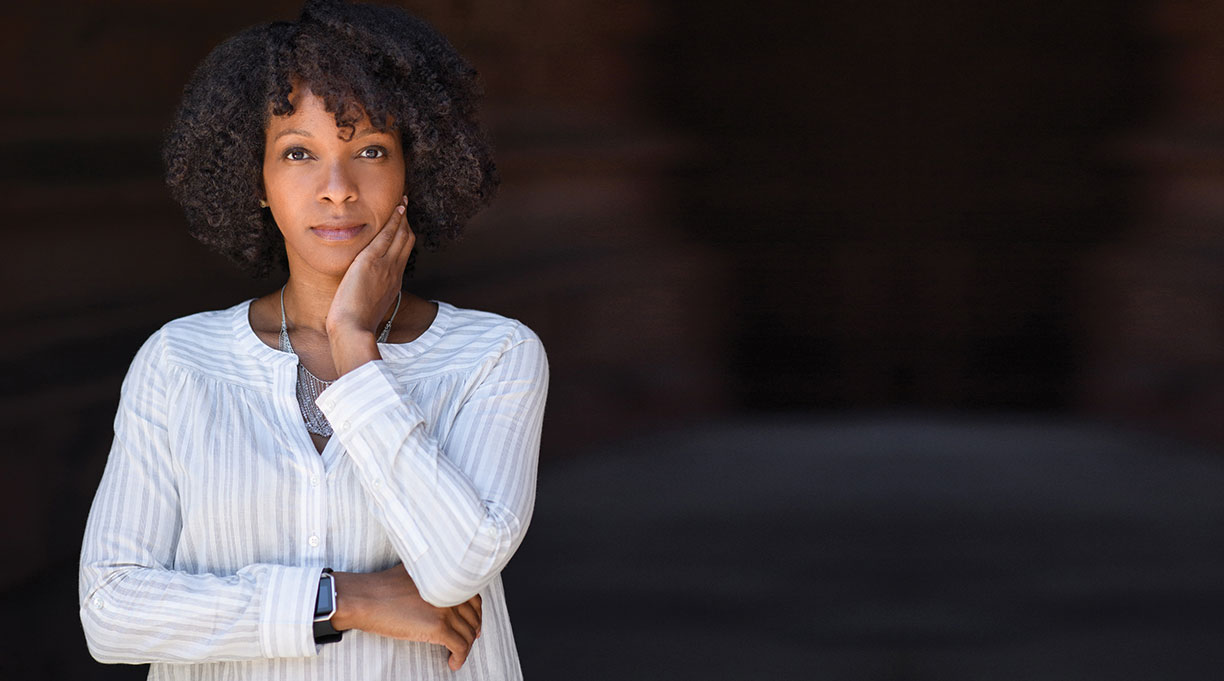 “So many mothers, many thousands more, never saw their children return,” writes Imani Perry in the opening pages of her new book, Breathe: A Letter to My Black Sons (Beacon, Sept. 17). “They witnessed only departures. Theft.”

Perry is writing about the historical facts of black motherhood—how, from 1619 until 1865, black women in the United States were not allowed to mother their own children. Enslaved by white plantation owners, black mothers witnessed their children beaten, raped, and sold away from them. “As a black mother,” says Perry, “I am constantly thinking of slavery because the theft of your children was one of the fundamental wounds.”

A scholar and writer, Perry holds degrees from Yale and Harvard and now teaches at Princeton University. She is the author of six other books, most recently Looking for Lorraine and Vexy Thing: On Gender and Liberation. While those books are somewhat academic, Breathe is anything but. The prose is riveting: accessible, lyrical, and lush; precise in its construction and in its explication of ideas and personal experience. “I begin each project with the question I am trying to explore,” says Perry, speaking of her versatility with different prose forms, “and then see which form best animates that.”

For Perry’s sons, Issa and Freeman Diallo, two events had special resonance: the execution of Troy Davis for a crime Davis and eyewitnesses said he did not commit and the murder of teenage Trayvon Martin, shot while walking home by a man who was later acquitted. The boys were shocked into realizing how little value society placed on black lives—that this violence, too, could happen to them some day. “These were the moments in their lives that made them understand justice and injustice and made them want to understand race and racism,” Perry says.

One of the most haunting moments in Breathe occurs late at night when Perry’s alarm has been tripped; the police are en route to her home. But rather than welcoming the police as saviors, Perry feels overwhelmed by fear of the violence police officers have enacted upon unarmed black children. She calls her son on his cellphone and tells him to stay in his room so that the police, seeing a brown-skinned, dreadlocked body, do not react with unconscious bias, assume her son is the invader, and shoot him.

This moment, terrifying in its description, perfectly encapsulates the anxiety of black motherhood. One cannot always trust in social structures to protect one’s children the way white mothers can; too often, those social structures fail and end the lives of black children instead.

In Breathe, Perry is open, honest, and vulnerable. She shares her struggles with how much racism and injustice to lay bare before her children. “My responsibility is to give them the emotional resources to not be frozen by this reality but to also become people who care,” says Perry. “We talk continuously—about race, about inequality, about capitalism. This political moment is pretty horrible for all of us, but it’s really hard for our kids because they are witnessing our complete failure to stop all of these impending crises—whether it’s the destruction of the planet or children being held in cages and separated from their families.”

The regular business of motherhood is difficult enough. But when you add to it the terror of your sons being hurt just because of their skin color, it becomes too much. “When you see the next black person shot in the back with impunity and the shooter gets away with it,” Perry says, “you realize there is no parenting that can protect against that violence—that this is a social problem.”

This, in essence, is the main theme of Breathe:How do you keep a black child safe in this racist world?

Hope Wabuke is a writer and assistant professor of English at the University of Nebraska-Lincoln.