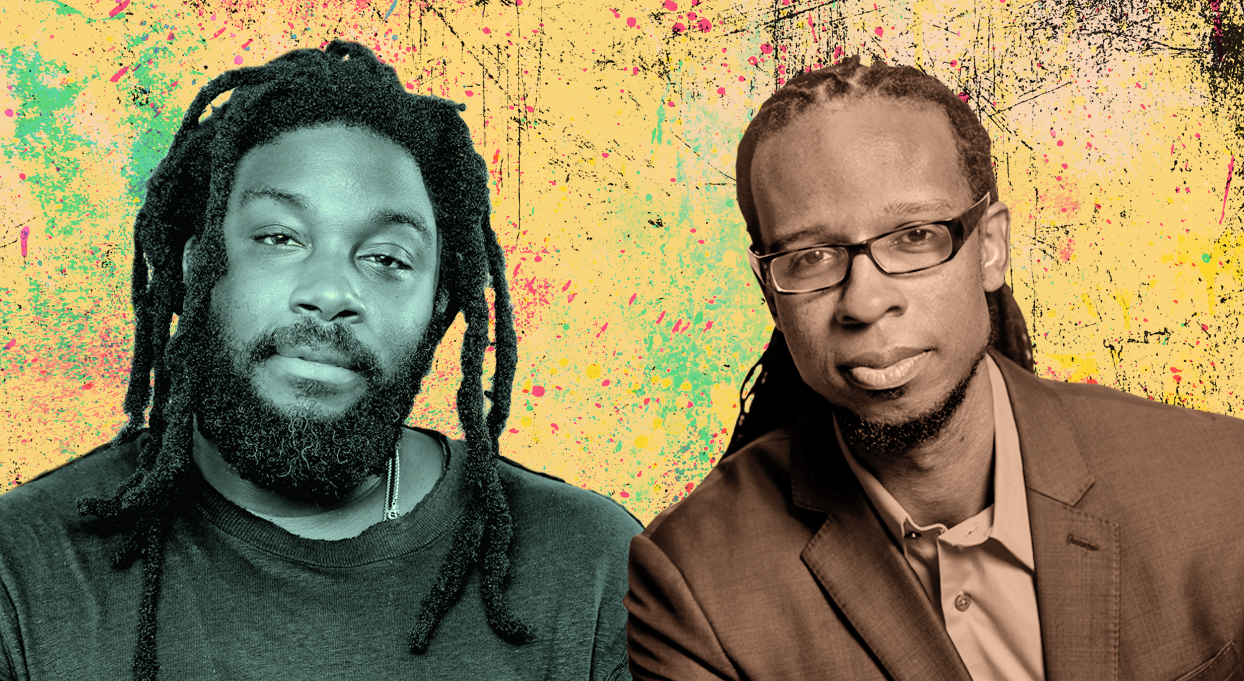 When it was published in 2016, Ibram X. Kendi’s Stamped From the Beginning: The Definitive History of Racist Ideas in America took the world by storm. Winner of the National Book Award in nonfiction, it examined the racist ideas, policies, and laws that formed the foundation of the United States. Not long after its publication, Kendi, executive director of the Antiracist Research and Policy Center at American University, began to imagine a version of Stamped for young readers. But he didn’t want to write it himself, so he asked prolific children’s book author Jason Reynolds, an award-winning YA author who was recently appointed National Ambassador for Young People’s Literature, which is co-sponsored by the Library of Congress, the Children’s Book Council and Every Child a Reader, to take it on. Stamped: Racism, Antiracism, and You: A Remix of the National Book Award-winning Stamped From the Beginning (Little, Brown, March 10), was born. Kendi penned the introduction and Reynolds wrote the book.

How did the idea for a young adult Stamped come about?

Ibram X. Kendi: It came from the people, from traveling around and talking about [the original] Stamped From the Beginning. Readers would say that this was the first time they’re learning this history, and were upset that they didn’t learn it in school. And people were consistently saying that this history should be taught to young people, because if it was taught to them when they were younger, they wouldn’t have made a ton of mistakes in their life. And the more people that said that, the more I thought we should adapt Stamped From the Beginning.

And then I started thinking about who would be the best person to do it. It was critically important to find someone who had the ability to understand the history and all of its complexity and be able to translate it in a voice acceptable to young people. So I asked Jason, and he told me, “No.” But I persisted, and eventually he agreed to take it on.

What made you say no initially?

Jason Reynolds: Respect! I have a lot for respect for Dr. Kendi’s work and for what he’s done. We met each other at the National Book Awards when Stamped From the Beginning won and my book Ghost was a finalist. I didn’t know whether I wanted to tamper with something that felt so precious, that involved so much blood and sweat and tears. And I have my own insecurities. I wondered if I could execute the book in a way that respects the integrity of the work and is accessible to younger people. I wasn’t sure that I could do it.

But what pushed me over the edge, was that Ibram got sick. [Kendi was diagnosed with cancer in 2018.] I’d been running from the book, but suddenly it became about us having an opportunity to make a contribution to this important conversation for generations to come. As someone like myself who loves black people so much, it felt almost irresponsible for me to continue to say no.

What does this book include that wasn’t in the history books we read as children?

Kendi: This book has four histories wrapped in one. First, there’s the history of the U.S., particularly around prominent complicated leaders like President Jefferson and President Lincoln. I was taught to revere them, and this text complicates those figures. Second, there’s African American history. We’re often taught about African Americans’ contributions, but we’re not taught the ways African Americans were challenging prominent figures with high level intellectual debates and activism. Third, it’s a history of racist ideas. And finally, the book explains anti-racism and anti-racist ideas. I was not taught any of this as a child.

This book is light, conversational, and even humorous. Was this difficult to achieve with such a serious subject?

Reynolds: It took me a while to settle in. I had to work through the daunting nature of the project. But I’ve spent my life around kids, and I respect young people enough to have really difficult conversations with them. I also understand how the book had to prioritize engagement, and how “cool” had to be the currency used for that engagement. I had to turn a history book on its head.

Dr. Kendi, when did you first see a draft of the book?

Kendi: I saw a draft only after Jason had completed it. I trusted Jason, and I leaned on that trust. And I was shocked—he was able to literally transform, and completely remix, and rewrite this book with a completely different register, a different tone, and a different narrative pulse for young people. And then, he was somehow able to maintain the bones of the narrative and the history itself, in one-fifth of the length of the original Stamped.

Was it a challenge to break these complex concepts about race into more easily digestible parts?

Reynolds: It was hard for me to do it for myself. It was like pouring a swimming pool into a glass. I had to read through the text five, six, seven times, top to bottom, over and over again, and use some of the notes Dr. Kendi had given me and figure out my own translation of it. The hardest part was making sure that I could understand and synthesize the book, that I could grapple with the language and the concepts.

What is your hope for this book?

Kendi: Some parents shy away, or are fearful, of talking about and introducing racism to their children. But any parent who introduces and engages with their children about the history of racism and anti-racism can protect them from consuming racist ideas. The kids won’t think they are less-than or more-than others because of their race. They’ll be able to establish more meaningful relationships with themselves, with their own racial groups, and certainly with other people.

Where is this book’s place in the larger conversation about racism?

Reynolds: This is a book that every teacher needs to read in order to teach, that every bookseller needs to sell, and that every parent needs to read to have these discussions with young people about racism. We need to be able to navigate these issues. It’s family discussion, a whole school read, and a whole community read.

Anjali Enjeti is an Atlanta-based author and a vice president of the National Book Critics Circle.