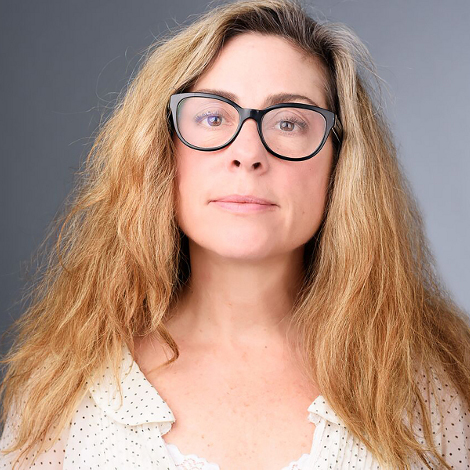 The conversation around women’s reproductive health has never been easy. Still today, women are fighting what seems like a Sisyphean battle to govern their own bodies rather than having them tied up in the law. However, there’s no denying that progress has been made in the ongoing campaign for women’s rights when we stop to consider the long history of women’s activism.

In her new YA novel, What Every Girl Should Know: Margaret Sanger’s Journey, J. Albert Mann highlights one seminal female activist’s life not through her career but through educating young readers about the foundation that work rests upon. Though countless books have been written on Margaret Sanger—famed sex educator, birth control activist, and founder of Planned Parenthood—Mann was interested in illuminating another side of her. In Sanger’s adolescence and early adulthood, she found a story of perseverance that she hoped might inspire teenagers to take action when facing adversity.

One can glean from Sanger’s early years why she chose a life in service of women’s health. As Mann chronicles in her book—which is effectively told in first person from Sanger’s point of view—the activist spent her formative years in the late 1800s caring for her ailing mother, whose long battle with consumption was exacerbated by the 18 pregnancies she endured (seven of which were unsuccessful). In one chilling line, Mann writes, “I’ve almost never known my mother alone in her own body.” Strong-willed and outspoken, Sanger was determined to leave the poverty she grew up in, discovering her purpose in college while her other 10 sisters and brothers found work instead. Her father, an open atheist and fervent socialist—who, Mann notes when speaking to me over the phone, “did a lot more talking than he did…effecting change”—instilled in Sanger the agency and ideals that eventually fed into her groundbreaking work for women’s reproductive health.

In painting an empathetic portrait of the activist as a young woman, navigating her body and her place in society, Mann creates a picture that many don’t see when they, say, Google Sanger. Describing one site that comes up when searching Sanger’s name, Mann recalls (her voice audibly cringing) “a picture of [Sanger’s] face with blood covering it and this horrible organ music playing.”

“I find so much out there about Margaret Sanger that drowns out her voice,” Mann says. To cut through the noise, Mann decided to vocalize Sanger’s convictions through fiction. “If teens can hear her and understand who she is and where she came from,” says Mann, then her hope is that they’ll go on and investigate the reformer’s life. And readers are provided a generous launching point with a discerning historical note at the end of the book—which gives a thorough overview of Sanger’s lifework while also elucidating the charges that have been leveled against her.

“Whenever Sanger is brought up, the two big things we hear are always, ‘She was a racist and she was a eugenicist,’ ’’ explains Mann. “My belief is that we charge these things to remove her message. This is what we’ll talk about instead of talking about women’s health. It’s almost a look-over-here kind of trick.”

In an age of misinformation, it takes a tremendous amount of effort to “combat the bullshit,” Mann says. “There’s this feeling inside us to say, ‘Well, things are better, if we start moving forward,’ ” she continues. But just because we’ve made headway in women’s rights doesn’t mean the battle’s over—as we’ve learned from the amplitude of women’s voices in the years since a certain “bemoaned ruler,” as Mann refers to him, came into power in the White House. The key, Mann believes, is to keep talking. When it comes to race and gender, the practices have become institutionalized. For history to continue changing, people have to be heard. “We have to keep bringing these things up,” Mann says. “When someone says, ‘That’s enough now’ or ‘I think you’ve gone too far,’ until we’re equal, then we haven’t gone too far.”

Stephanie Buschardt is a writer living in Brooklyn.