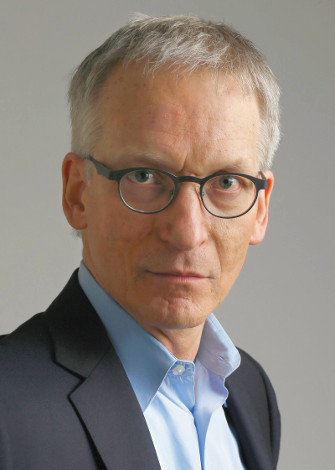 James Neff’s new history of Jimmy Hoffa’s criminal underworld, Bobby Kennedy’s efforts to prosecute him, and their ensuing rivalry took the author a decade to write. The long gestation of Vendetta: Bobby Kennedy Versus Jimmy Hoffa was largely due to how slow the gangsters and the Senate Archives were to give up the goods.

“Much of the best stuff wasn’t available when I signed the original deal with Little, Brown,” says Neff, who was still obtaining original documents he needed to write the book several years into writing it. “The big delay there was Senate investigative records are closed for 50 years. The committee began in 1957. So starting in 2007, year after year, I just kept coming back to the National Archives to harvest a new crop of declassified documents,” Neff says.

Bobby Kennedy, who worked as a federal prosecutor and Senate staffer in the early and mid-1950s, was lead counsel for the Senate Select Committee on Improper Activities that investigated criminal activity by Hoffa’s International Brotherhood of Teamsters labor union from 1957 to 1960. When he joined the committee, Kennedy knew very little about labor and organized crime.

“He was investigating procurement fraud in the military, and it was through the overpricing of uniforms that he realized there were sweatshops and racketeering in the New York garment district,” Neff says. That became his early education. Journalists like Clark Molinoff from the Des Moines Register pushed him to look into the Teamsters.”

Kennedy left the Senate job in January 1961 to become attorney general, and he continued his pursuit of Hoffa from the Justice Department for the next four years.

“I had great material from the Teamster archives. Also from first-ever access to the papers of key RFK aides, guys like super sleuth Walter Sheridan,” Neff says. “But I struck an even richer lode with the records of the Senate Rackets Committee.”

Among the more significant findings that Neff describes in Vendetta:

“It was Hoffa vs. Kennedy, Kennedy vs. Hoffa—two guys trying to destroy each other,” Neff says. “Each had their supporters, their own investigators, their own wiretapping. These two iconic figures hated each other.”

—Scott Porch is an attorney and contributes to Kirkus Reviews and The Daily Beast. He is writing a book about social upheaval in the 1960s and '70s.