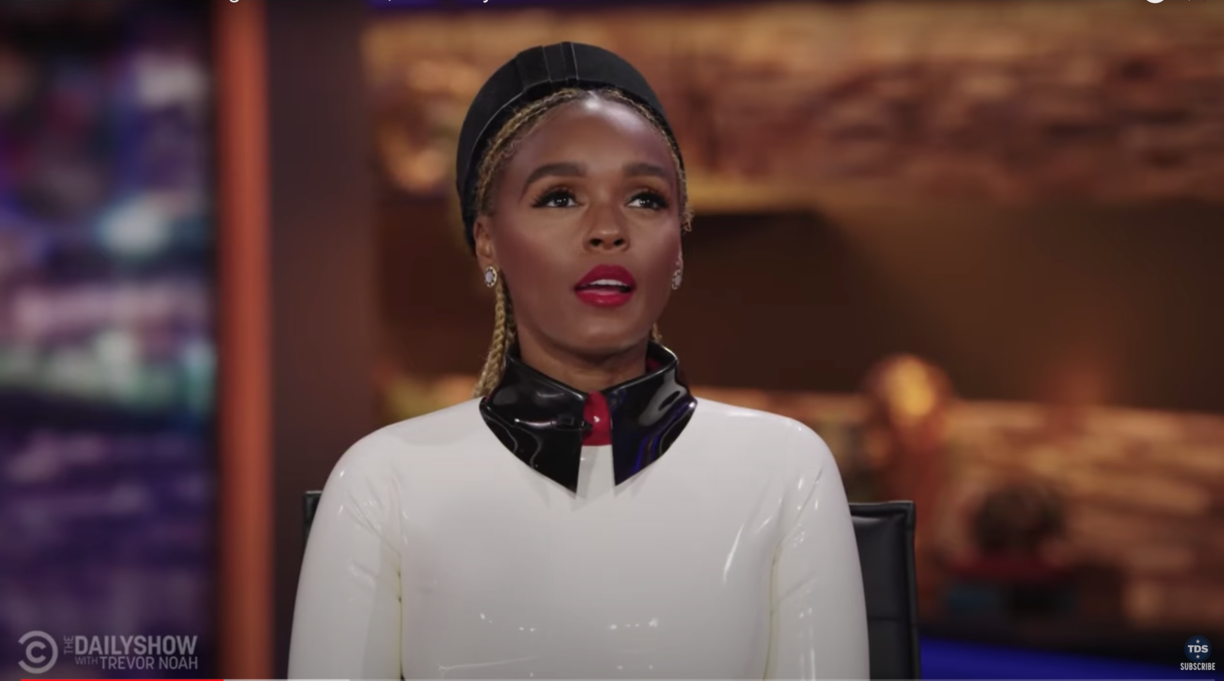 Janelle Monáe on ’The Daily Show With Trevor Noah.’

Monáe’s book, published Tuesday by Harper Voyager, is based on her 2018 Grammy-nominated album, Dirty Computer. A critic for Kirkus called the book, which is co-written with Yohanca Delgado, Eve L. Ewing, Alaya Dawn Johnson, Danny Lore, and Sheree Renée Thomas, “a celebration of queer and Afrofuturist science fiction saluting creativity in difference.”

Noah asked Monáe about the origin of her book.

“I sat down in the pandemic, 2020, and I finally said that there’s more,” she said. “I was on mushrooms, and I just came up with all of these thought experiments, where I was like, ‘What if there was this Black woman, she was the memory keeper of this city? She knew all of the people’s memories before they were cleaned, before their identities were wiped clean, and she wants to fall in love.…That’s the first [story].”

Monáe credited Johnson, with whom she wrote the first story, as well as her other co-authors.

“Each short story, I partnered with a writer,” Monáe said. “I just want to make sure I shout them out, because this was a super innovative way of releasing a book…It’s like a compilation album. It’s like a mixtape.”