An Insider’s Outsider View of America 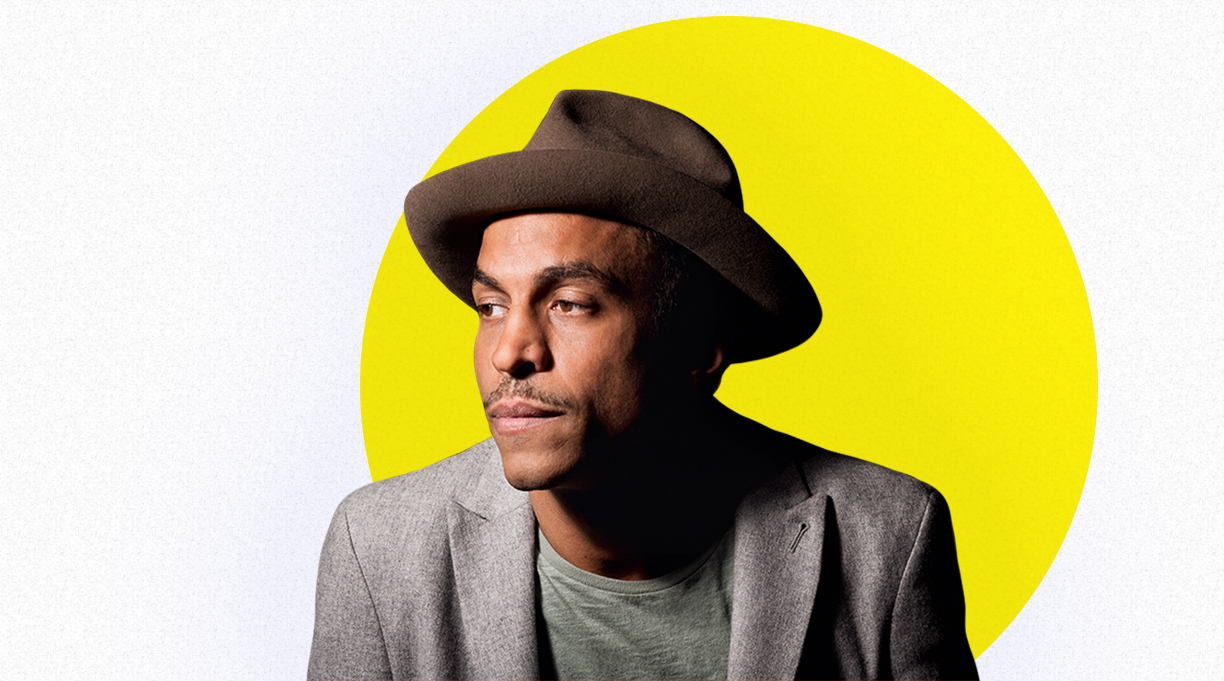 Although it was written in Swedish, the memoir of world-famous hip-hop artist Jason “Timbuktu” Diakité could rightly be called an American tale. A poetic and profound exploration of inheritance and identity, En droppe midnatt sold more than 100,000 copies in the author’s native country and was adapted into a stage performance in 2017. Now, in an English translation by Rachel Willson-Broyles, with an epilogue added in 2019, A Drop of Midnight is ready for American readers.

“It is very much an American story,” says Diakité, who was born in Lund, Sweden, in 1975 to a White mother from Scranton, Pennsylvania, and a Black father from Harlem, New York. “I say that I’m of the United States, but I’m not from the United States. It gives me an insider’s outsider view of a story that has been told many times—of race and identity, and the roots and legacy of slavery, that are as visible today as they’ve ever been.”

Growing up biracial in a small Scandinavian country, Diakité “wished for white skin, a people, an origin, a collective narrative, and a history,” he writes in A Drop of Midnight (Amazon Crossing, March 1). Even after becoming one of Sweden’s most successful musicians, he still struggled to find a sense of belonging.

“Where was I supposed to start?” he writes. “As I created my identity, it became a patchwork quilt, a mosaic of irregular shards and pieces I meticulously tried to meld together into Jason Michael Bosak Diakité. I was never American, never Swedish, never White but never Black either. I was a no-man’s-land in the world.”

An invitation to travel to South Carolina in 2015 provided a potential point of departure. The occasion was the 100th birthday party of Cousin Willie, a first cousin of his late grandfather Silas. He asked his father, Madubuko, to join him on the trip, to show him where their family came from.

“My father refused,” Diakité says. “And I kept nagging at him, and asking him, and he refused. We had several discussions about this. In the end, after about two months, we found out that, first of all, we missed the birthday party. That came and went. Then Cousin Willie passed. He celebrated his 100th and then he moved on. And I just felt this deep sadness of the disappearing of a part of our history. Of our family history but also a firsthand account of Jim Crow South Carolina in the ’20s and ’30s. So that was really painful for me.”

He decided to make the trip without his father later that year. (A documentary filmmaker friend joined instead.) In the style of Paul Theroux, with an insider’s outsider view, he motored through the countryside with new friends, gaining insights about Southern culture, customs, labor, and landscape. Certain local vistas stirred deep feelings within him, a recognition so powerful it led him to reassess his father’s reluctance to return.

“One of the paradoxes that was revealed to me while writing this book is that I’m the son of migrants but I’m not a migrant myself,” Diakité says. “And there’s a divide in our experiences, my mom’s and my dad’s and my own, as to what ‘home’ is….Even though the places that my mom and dad come from physically exist, somehow what those places were to them and who they were in those places, Harlem and Scranton, have disappeared like tracks blown over in the sand.

“I know that there’s a pain in that,” he says. “I’ve seen it in my father’s eyes. And when I came to South Carolina, I realized that I could afford to be a kind of tourist in our roots, in the places from which we come, in the poverty from which we come, because of the fact that I was born in Sweden, never having known it. I was protected from the pain of seeing it and experiencing it again.”

Diakité continued his pilgrimage through Baltimore, Alabama, New Orleans, and New York City, where he’d briefly lived as a young man. Complemented by additional conversations with his parents, the excavation of childhood memories, and the exploration of long-buried family correspondence, he emerged from his journey of self-discovery with a fresh perspective. He is the sum of his identities and then some—not “half” but “double,” he writes—multicultural, multitudinous, and expansive.

“I’d say A Drop of Midnight is a coming-of-identity story,” says Diakité, who plans to one day relocate to the United States. “It’s asking questions of belonging. And it’s not just my story, it’s my family’s story. It’s an unknotting of all these threads that make up who we are and where we come from and trying to find some answers in that.”