Jeff Zentner: ‘I Wrote Bad Poetry as a Teenager’ 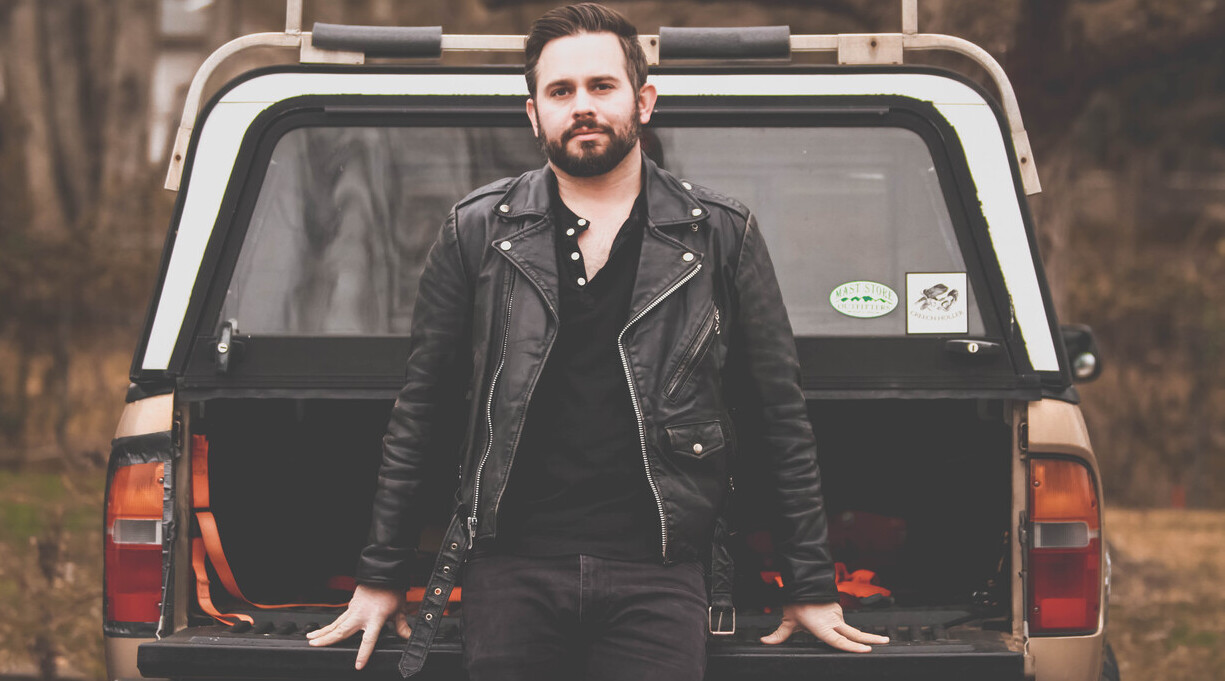 Jeff Zentner made a splash in 2016 with The Serpent King, a William C. Morris YA Debut Award winner. It established him as someone who writes sincere, lyrical stories that read like love letters to Tennessee and its people. With In the Wild Light (Crown, Aug. 10), he transports two teenagers from rural East Tennessee to Connecticut. Best friends Cash and Delaney know poverty and the pain of families devastated by substance abuse. When Delaney’s scientific breakthrough earns her a scholarship to an elite boarding school, she insists that Cash be included. The teens must adjust to leaving a place of hardship—but also one of great natural beauty and one where they were anchored by Cash’s grandparents’ unconditional love for them both. In this new environment, they are challenged to figure out who they are and what they want, both within themselves and in relation to one another. Zentner, who works for the Tennessee Department of Environment and Conservation, spoke with me over Zoom from his home in Nashville; the conversation has been edited for length and clarity.

Poetry unlocks something magical and profound for Cash. Why do you think poetry generally resonates with teens, unlike with many adults?

Here’s what I think is the deal with the way young people connect to poetry versus the way adults connect—or don’t connect—to poetry. Poetry is fundamentally about honoring wonder in the world: acknowledging it, naming it, identifying it, categorizing it, just making sense of the wonder. I think so many adults lose that sense of wonder because of the demands of our lives. You forget, as you step outside, to think about the wonder of the fact that we are on a globe of rocks spinning through the vast cosmos, that black, cold vacuum of space. And yet, we are cocooned in this atmosphere that allows us to wear a T-shirt outside and still be sweating. If you’re an adult who can maintain [everyday wonder], I think you’re drawn to poetry. Teenagers are on the cusp of adulthood; they have this kind of childlike wonder [and] this very adult cognitive ability to process that sense of wonder. That adds up to people who love and connect deeply with poetry. I wrote bad poetry as a teenager—and that’s another thing that you lose as you get into adulthood. You develop this sense of shame, and you don’t create with as free a hand.

People in other parts of the country hold a lot of misconceptions and stereotypes about the South. Do you think about pushing back against this as you’re writing?

I don’t think about it a lot, because I know my people; I know their quirks, their characteristics, their foibles. I know where they’re strong and where they’re weak, and I trust that if I portray them truly and accurately and honor their humanity in every way that it will add up to a portrait that is nuanced, complicated, not easily flattened into one-dimensional stereotypes. My process makes that a little bit easier in that I really start with character—to the point that I do not even put pen to paper until I’ve had characters living in my head for months. I know them so well that to tell their story is them telling me their story; they very much drive the narrative. I trust that process to purge stereotypes and to create flesh-and-blood characters who will live on the page and will exist as real people.

Speaking of which, I loved Delaney’s confidence in her own intellect and her right to be at Middleford Academy.

The blossoming friendship between Cash and Alex was very special, too. I appreciated the rare representation of a working-class Asian American character in Alex.

One thing that I think about a lot is social class in America, particularly the growing class divide. I lived in rural Brazil for a couple of years as a young man. It was an extremely impoverished area, but what was really striking to me was [that] you would have a house that was built from scavenged boards next to this beautiful three-story house. They’d pour concrete along the top of the walls and embed broken glass so people couldn’t climb over. You’d have the 1% and the 99% and nothing in between. It worries me that America is heading toward that. I think one of the reasons is that those in a position to make changes to our society do a really good job of pitting folks in similar economic classes against each other and fostering resentment. That’s something I wanted to speak to a little bit: I wanted to show two kids from roughly similar economic backgrounds—they’re both scholarship kids at a school where kids take private jets in from Dubai [and] vacation in Switzerland and the Maldives. I wanted to show how they could transcend differences; the commonalities occasioned by their economic circumstances allow them to overcome barriers.

Has your approach to writing changed over the years?

Now I’m just more aware of what’s out there. I have a better sense of what ground has been trod. The Serpent King is, in a lot of ways, a strange YA book, I’m told, because I dealt with religion on the page—at the time not many YA books [did]. I didn’t know that because I hadn’t read a lot of YA. I figured [religion] is such a part of the fabric of our society, surely it’s been dealt with in YA. I’ll do my spin on it. Another thing is writing it in third-person past tense—an unusual choice for YA, but it felt natural. Of course, all my other books have been in first-person present; now I’ve read YA, and I know that that works. Maybe I just got lucky in The Serpent King and I’m not going to tempt fate again. I do come to each new novel now with a far greater awareness of what is out there.

What have you struggled with as a writer?

One of the things I struggled with early on was feeling like I needed to write every kind of story that I love, when in fact there is a certain type of story that I love [to read], and there’s a certain type of story that I write. There’s substantial overlap, but there’s also a huge swath of stories that I love that I’m not supposed to write for whatever reason. Maybe my experience doesn’t qualify me to write it, maybe I just don’t think in the right way. I love fantasy; I don’t think I’m supposed to write a fantasy. And so I write these coming-of-age stories about Southern kids, usually misfits, usually creative types—the type of kid that I was and that I would like to see reflected in my books.