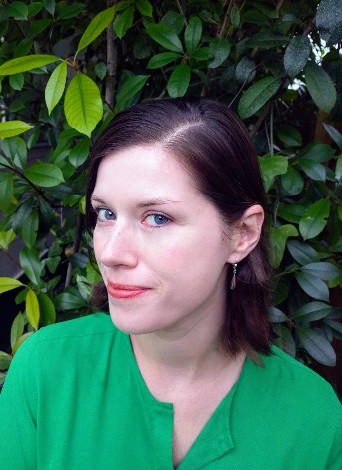 A news anchor announces a school shooting in a high school; a woman pre-interviews a satan worshipper in a TV studio’s greenroom. These are the two beginnings of Jennifer duBois’ third novel, The Spectators. With the sounds of a gun ringing in her readers’ ears, the writer launches into the world of entertainment television. By way of an enigmatic character, Matthew Miller, duBois takes us through his transitions from respected and moral politician to host of an inherently violent talk show, The Mattie M. Show.

The novel draws from a radio program duBois listened to that discussed the backstory of Jerry Springer, who went from professive politician in Cincinnati to host of the iconic talk show, The Jerry Springer Show. DuBois modified Springer’s story, focusing on notions of spectatorship, passivity, sexuality, and morality.

The novel explores the respective life stories of two protagonists, Cel and Semi. Cel, Matthew Miller’s publicist, mid-twenties, hates both her job and her boss. She’s stuck in the contempt that comes with over-working a job in 1990s New York. Semi, on the other hand, is an extroverted gay playwright, and his story begins in the late 1960s in New York, before the devastating cataclysm of the AIDS crisis. Each character becomes increasingly close to Matthew at different stages of his life. DuBois asks: “How does a person change so profoundly over the course of a lifetime?”

Through the eyes of Semi and Cel, readers witness Matthew’s progressive downfall from a successful politician caught up in a sex scandal with Semi to a morally ambiguous talk show host who promotes anger and violence on screen for millions of devoted fans. Tension rises when a school shooting takes place in a high school. Tragedy strikes the country. But tragedy strikes The Mattie M. Show harder when news that the shooters were fans of the show comes out. So begins a careful, sensitive, and masterful exploration of the implications of fandom and the responsibility the entertainment industry has to promote good behavior and civic accountability.

“It’s only been so recently in the history of the country that these events have become commonplace,” duBois says. The Spectators takes us to the 1993 school shooting that came to embody a cultural turning point in the media. Readers travel through time as issues of gun control, violence among adolescents, and politics as entertainment start to permeate the country’s public discourse. “One of the challenges of this book is that I really wanted to avoid being didactic or politically propagandist in any way,” duBois says. “I think it’s too easy when you have control of a whole universe to set things up in a moralistically simplistic way.”

Through Semi’s character, duBois beatifully evades being preachy. As Semi recovers from his emotionally crippling, covert relationship with Matthew, duBois pushes the plot into the 1980s, when AIDS lurks around every corner, and Semi’s friends, who he so lovingly explored the city with, begin to die from complications from the disease.

Through her discussion of the AIDS crisis, duBois deploys a singular first-person voice to emphasize loss and death. She does so either by stripping the text from collective prounouns after most (but not all) of Semi’s friends start dying or by beating down the use of “I” in a gripping finale. Ultimately, the book asks us to consider how we formulate identity in a collapsing world—a world that, as it’s presented on the screens in our homes, far too often echoes violence and death.

Michael Valinsky’s work has been published in Paper Magazine, them, Hyperallergic, Los Angeles Review of Books, OUT Magazine, and BOMB Magazine, among others.