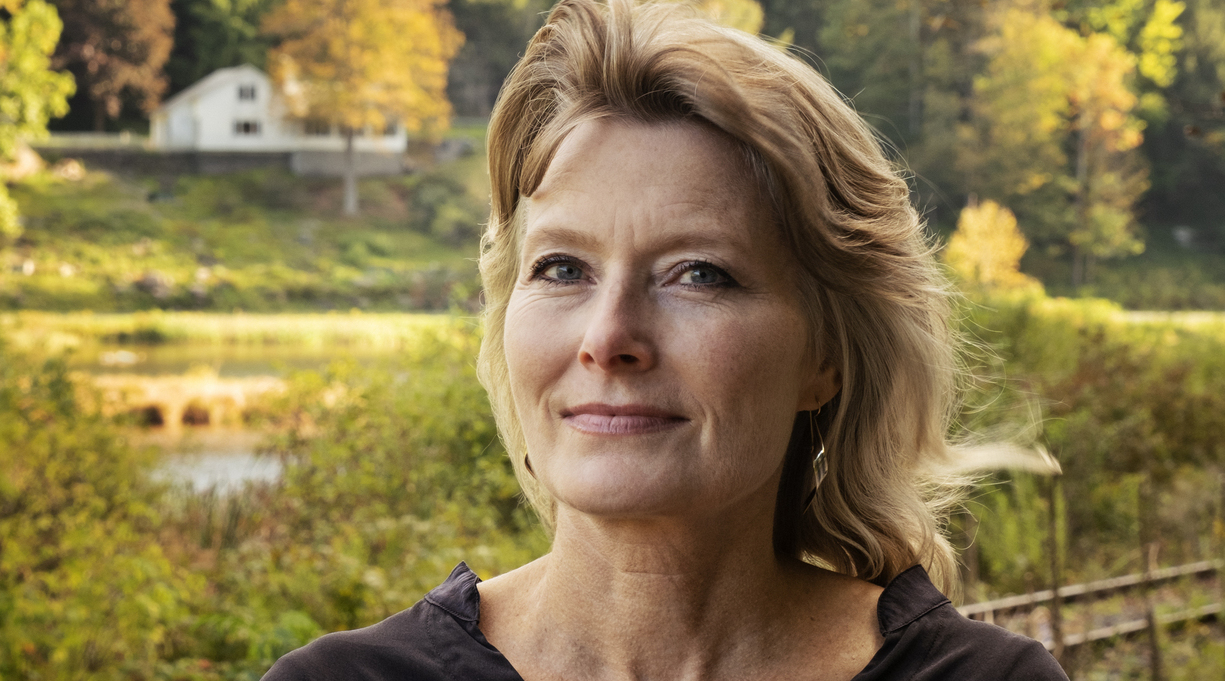 On a podcast in the summer of 2020, novelist Jennifer Egan revealed she was working on a new book that would be a companion to A Visit From the Goon Squad, the 2010 novel that won a National Book Critics Circle Award and a Pulitzer Prize and made her a breakout literary star. The news was met with rapturous anticipation—and an undercurrent of anxiety. Could Egan match the extraordinary accomplishments of Goon Squad?

Now that novel is here, and The Candy House (Scribner, April 5) truly delivers. A starred Kirkus review called it a “thrilling, endlessly stimulating work that demands to be read and reread”—and having read it once myself, I know that I’ll be revisiting it. The book follows a handful of interconnected characters—some who made appearances, major and minor, in Goon Squad, others who appear here for the first time—hopscotching across the decades, from the 1960s to the 2030s. At the center of this web is a new technology, Own Your Unconscious, that allows users to download and preserve their memories—as well as share them with others.

The parallels with social media are inescapable, and the novel is indeed a meditation on the effects, personal and societal, of our diminishing private lives. But The Candy House also explores love, family, identity, addiction, fame, trauma, and fiction through the stories of its many characters, all deftly sketched and heartbreakingly human.

I reached Egan—who recently completed a term as president of PEN America—over Zoom at her home in Brooklyn to talk about the novel. Our conversation has been edited for length and clarity.

The Candy House takes on some serious subjects. Am I allowed to say that it was really fun to read?

I care so much about fun. As a reader, I’m looking for transport. And that can be painful—that’s OK, I’m fine with pain. But I do feel there has to be some beguilement, some seduction. Because otherwise why do I want to be transported? How can I be? There’s sometimes this feeling [while reading] that I’m banging on the outside, but I can’t propel myself in. So I think about that a lot [when I’m writing]. I go through many layers of readers to find out if I’m accomplishing that.

What made you decide to revisit the world of Goon Squad for this novel?

The decision to keep imagining into that world was never in question, because I was doing that even by the time the book came out. The whole principle was to follow my curiosity into realms that I might just have glimpsed through the corner of my eye. And there were things I had tried to do in Goon Squad that didn’t work, so it wasn’t even like I’d been able to exhaust all of the curiosity I had. I knew I would keep writing into that world.

The only thing that was not at all clear was whether I would ever publish another book. There were just a lot of boxes I would need to check before I thought that was worthwhile. Is it actually a different book? I’m not interested in doing fan fiction for my own book. And is it really good enough? I felt that it should be even a little better [than A Visit From the Goon Squad], ideally, because Goon Squad is lucky enough to have a lot of fans, and there’s nothing worse than a tepid follow-up. Otherwise, I would prefer to just occasionally publish a shorter piece about those characters, which would have been fine—no shame in that. I may continue to do that even now.

With so many interconnected characters and backstories, how do you keep everything straight? I imagine you like a TV detective with an obsession wall.

I think the obsession wall is probably just in my brain—perhaps even more disturbing. [Laughs.] I had some physical materials that guided me. After I write a handwritten first draft, I am working with outlines. There’s often a wish list—a list of possible milieus or atmospheres, a list of characters who could conceivably have something in common, because sometimes I’ll find my brain trying to connect people who were too far apart in age to be connected. So another important document, which had some color coding, was just every decade beginning in the 1930s—who was born, and the age of every other character in that decade. There were definitely those kinds of tools to guide me but probably less than you might think, just because I know these people so well at this point.

Do you feel people need to have read Goon Squad in order to fully appreciate The Candy House?

There’s no need to have any familiarity with Goon Squad. Of course, it’s deeply informed by Goon Squad, in that the preexisting biographies of certain characters are established there. But it doesn’t feel to me like they are immediately connected. On consideration, I think it actually might be more fun to read Candy House first and then Goon Squad. The thing is, both books move forward and backward in time, so there’s no chronological necessity to it. No prerequisite at all—it worries me that people will think that there is.

Initially, I was very OCD about it. I pulled my copy of Goon Squad off the shelf and, as I was reading Candy House, I’d consult it to recall who Sasha was or Benny. And at a certain point, I just put it back on the shelf and decided to enjoy the new novel as it unfolded. I’m glad I did.

I worry that some people will approach the books feeling like they have to get every connection, even within each book, and that can be kind of stressful. You know, I just feel like it’s all supposed to be fun. Sometimes when people see a book that looks challenging, they immediately feel, Am I doing enough work? But work is directly in opposition to the quality you and I were just talking about, the beguilement and the transport. There’s no work required, ideally.

In the acknowledgments, you thank your sons for “luring my attention into realms essential to this book.” Can you say more?

I was a baseball mom for many years—I’d barely ever been to a baseball game before I had children, and I now have a pretty thoroughgoing knowledge of minor league baseball parks in America, and I’ve come to love baseball. I love the numerology of it, the rituals of it, and the data of it. That was one realm that became not just atmospherically important to the book, but intellectually important. I’m fascinated by the way in which we humans are quantifiable—and yet we are so unknowable. That contrast, that paradox, was really fascinating to me. And in some ways, baseball was my window into it.

And then the second thing, which actually dovetails perfectly, is our role-playing games. Dungeons & Dragons is also extremely quantifiable, very numerological, looking at the creation of personality through numbers. I’m part of the first generation that played D&D, but I’d only dimly heard of it. All of that became the world of this book, and neither would have entered my life without my kids.