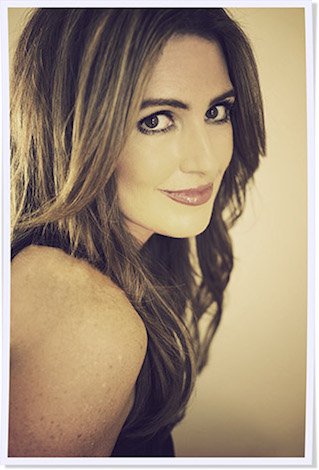 In an arresting author’s note at the end of her teen novel All the Bright Places, Jennifer Niven discloses her status as a survivor of loved one’s suicide.

“Several years ago, a boy I knew and loved killed himself. I was the one who discovered him,” Niven writes. “The experience was not something I wanted to talk about, even with the people closest to me. To this day, many of my family and friends still don’t know much, if anything, about it. For a long time, it was too painful to even think about, much less talk about, but it is important to talk about what happened.”

All the Bright Places is a bold testament to that belief. Indiana high school senior Theodore Finch lives with debilitating depression, a blackness that seeps through his mind. “One minute I was spinning, and the next minute my mind was dragging itself around in a circle, like an old, arthritic dog trying to lie down. And then I just turned off and went to sleep, but not sleep in the way you do every night. Think a long, dark sleep where you don’t dream at all,” she writes.

When Finch emerges from the darkness, he experiments with self-endangerment. He drives his overwhelmed mother’s Saturn minivan at suicidal speed and climbs the six-story campus bell tower to enhance fantasies of jumping off. But on one fateful ascent, he discovers he’s not alone: Pretty, popular Violet Markey appears beside him on the ledge.

“It’s the eyes that get me. They are large and arresting, as if she sees everything. As warm as they are, they are busy, no-bullshit eyes, the kind that can look right into you, which I can tell even through the glasses,” Niven writes.

Violet is mourning her sister, Eleanor, who died in a car accident last year. Deeply intrigued, Finch helps talk her down and subsequently finagles a history class partnership. Their assignment is to visit and report on a number of Indiana attractions, from John Ivers’ backyard roller coasters to the World’s Largest Ball of Paint. (All but one of these wonderfully weird places in the novel actually do exist.) In exploring their state together, Violet and Finch will come to know one another in unforetold ways.

Niven is the author of four adult novels and three nonfiction books, including the memoir The Aqua Net Diaries: Big Hair, Big Dreams, Small Town, about growing up in—yes—rural Indiana. All the Bright Places is her first work for a YA audience and her first time writing from a male point of view.

“This is the book I was writing for quite some time, I just didn’t know it. It was there in the back of my mind, all ready to come out—I’d never written a book that fast before,” says Niven, who finished the first draft in six weeks.

“I loved the challenge of writing a male character, and Finch’s voice came out strong, right from the get-go. I’ve known many people who have dealt with his issues—one boy in particular who was always trying to change himself outwardly because inwardly he felt so not at home, so out of place—and I was thinking about that when I started writing him,” she says.

Violet’s voice took Niven more time to find. An aspiring writer with a sarcastic sense of humor, she’s as distinctive and compelling as her counterpart.

“Do I feel I should be punished? Yes. Why else would I have given myself bangs?” Niven writes.

But he’s a bright boy, and they may have more in common than seems at first glance.

“[Violet] doesn’t quite feel at home, either, in many ways. All these things are kind of thrown at her,” Niven says. “She’s coping with loss, adrift in ways that she never was before. That’s something that teens—that all people—deal with at some point.”

One major difference between Violet and Finch is in their support systems. Violet’s parents are exceptional: supportive without being overbearing, encouraging and loving. Finch’s mother is overworked and emotionally unavailable to him and his two sisters. His famous-athlete father lives in a new home with a new wife and son and is emotionally and physically abusive.

These are serious issues—and Niven never makes it artificially easy for her characters to overcome them.

“As I’m writing, [I] begin to think of the characters as people you can’t control. They’re real people to whom these things just had to happen,” she says. “As odd as it sounds, I felt like there was nothing I could do to fix or change that.”

Violet can’t fix or change Finch’s depression, but she does her best to give her love and support. For readers facing analogous situations in their lives, Niven includes a list of suicide-prevention and related resources, also in the author’s note.

For survivors of a loved one’s suicide, “the waves from that one event are many and enormous. There’s just no getting away from the guilt; you still can’t help but blame yourself,” she says. “You feel almost as if you’re not allowed to grieve someone who died in that way, because no one wants to acknowledge that or talk about it. You have to grieve in private.”

If visibility is the key to normalization, All the Bright Places has the potential to make a substantial contribution to the conversation. In addition to hitting bookstore shelves on Jan. 6, it’s been optioned as a movie by producers Paula Mazur and Mitchell Kaplan (the owner of Books & Books and the co-founder of the Miami Book Fair International), with Elle Fanning set to play Violet.

“I do think public awareness is improving, thankfully so, but we still do have a ways to go,” she says. “I’ve always marveled at the fact that a lot of people believe that [depression] is something shameful that someone is doing, more of a behavior than an actual illness, like it’s a ch oice.”