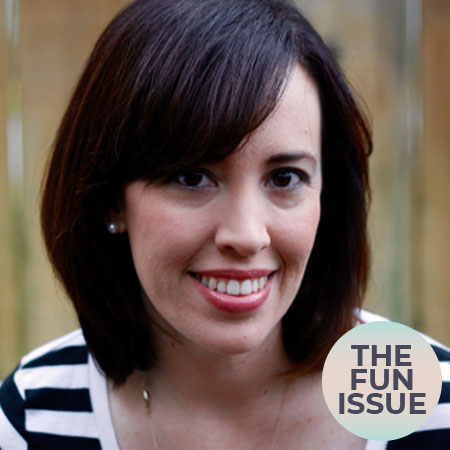 As a journalist, Jennifer Torres wrote stories that touched upon important aspects of family life in Stockton, California: issues like education and immigration. She no longer lives in Stockton, and she no longer reports for The Record, but those same themes continue to weave themselves into the fiction she now crafts—something especially true in her latest middle-grade book, Flor and Miranda Steal the Show.

While city life tends to dominate literature and popular culture, the vast majority of this country’s land mass is composed of rural communities. And where agriculture reigns, life revolves around its cycles. For Flor and Miranda, that cyclical aspect of life is taken even further, as both of their families are part of a traveling carnival group which makes regular stops at agricultural fairs.

When living in Stockton, Torres says, she’d go to the local asparagus festival every year for deep fried asparagus and asparagus ice cream, and she’d go to the Linden cherry festival for cherry ice cream. Her time in California’s Central Valley taught her just how central such fairs were to agricultural communities. It’s at a fictional cantaloupe festival that we meet Flor and Miranda—and for Torres, that rural identity is crucial.

“I think we tend to think of diverse families and children, families of color, typically in urban settings,” she says. “But rural communities, especially in California, have been very diverse for a long time—and that’s also true across the country. The Central Valley is full of immigrant communities, both folks who came recently hoping to build a new life and also folks who have lived there for generations.”

In fact, Torres writes to expose realities that can often be overlooked in literature. Some, like the makeup of agricultural communities, are quite specific to the world she writes about. But others, like the worries of 8-year-olds, are universal.

“I don't want to say they weren't out there,” Torres says, “but when I was a kid, I don't recall reading books where kids worry about money or their parents’ livelihood.” While she lived a comfortable childhood, Torres clearly remembers money problems arising every now and then. Her parents—like most parents—discussed them in private, but she still knew about them. She heard their arguing and saw their concerns reflected in their eyes. And she worried.

“Kids whose families struggle or who watch parents make difficult decisions…they start to feel like they have a stake in it too. They want to do something about it, but it's not always clear what you can do or what you should do.”

As Flor and Miranda navigate these weighty issues in their own ways, they also struggle with the all-too-familiar impulse many have to try to go it alone. Torres hopes that readers will take away an appreciation for the bravery needed to resist that urge and reach out to others.

“I love the idea of exploring friendship. Friendships, especially when I was about that age, were super important. There's a pull to make this or any book about rivalry,” Torres says. “But I wanted to show that girls can be ambitious and can have dreams without feeling like they need to cut others down. We can mutually support each other and celebrate each other's talents and successes. I think we can all learn from that.”