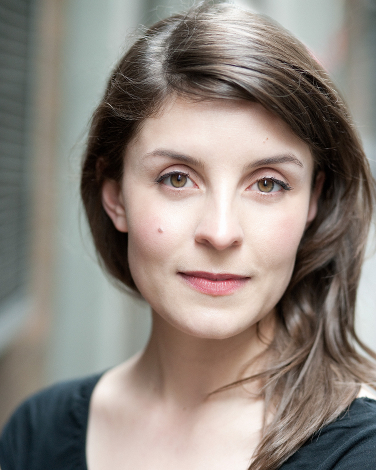 “But words are water in Amsterdam, they flood your ears and set the rot…” writes British author Jessie Burton in her debut novel, The Miniaturist.

Though it may have been silly, it is a legitimate question, because The Miniaturist is a stunning, literary page-turner filled with layered characters whose internal mysteries are revealed at almost perfect pace. Her imagery of 17th century Amsterdam is so vivid that one can feel the physical and emotional restrictiveness of the women’s clothing and hear the rodents scurrying along the floor.

Put simply, The Miniaturist is about 18-year-old Nella Oortman who, in October 1686, arrives on the Amsterdam doorstep of her new husband, Johannes Brandt, a much older and very wealthy merchant trader, whom she barely knows. Their stumbling, distant relationship appears controlled by Nella’s religiously rigid and frugal sister-in-law Marin, their household help, and the extravagant wedding gift Johannes presents—a cabinet-sized dollhouse replica of their townhome, detailed with marble, silk, and art. When Nella hires a mysterious miniaturist to furnish the dollhouse, all of Amsterdam seems affected.

Then again, that isn’t simply put. Even Burton admits she and her editor had a difficult time coming up with a succinct description of the novel. “I didn’t quite realize how ambitious I had been in terms of each character’s journey and all of my themes that I was interested in,” she explains. Themes like perception: “This question of what you see, what you choose to see, and basically how you construct your reality,” which she supposes is her comment on who the miniaturist is. “She is this sort of God-like figure, really.” Or as she writes in the book, “You thought you were a locked box inside a locked box, Nella tells herself. But the miniaturist sees you—she sees us.”

“When you’re reading it in the present tense, you as a reader start to feel like things are coming at you,” Burton says. “It’s a sense of urgency. It’s a sense of present moment uncertainty and constant flux.” And since the novel only covers three months, “I think the present tense draws you inexorably and inevitably…to the climax of the book.”

For me, though, the internal mystery of the characters equally drove the book.

“In terms of the interior mystery, they do in some ways remain a mystery to me too,” she says. “Obviously I’ve got knowledge in my mind about these characters that they cannot or will not reveal to each other….

But I did draft it so many times in order to make sure I got that balance of—that fine balance of elusiveness with revelation that will keep the reader satisfied or keep the reader happy. It’s a difficult balance, I think.”

That brings us back to where Burton gets her talent. She’s trained as an actress. And while she does admit that acting informs her writing “somehow,” for example in thinking about what the characters are not saying, she also believes that acting and writing are extremely different crafts.

For example, acting is communal, she says, while writing is mostly solitary. Additionally, “acting is very much in the moment when you’re performing, and if you get it wrong, the moment’s past, whereas a book is present continually. The first page, third chapter is all still there in your hands. And the act of writing is, I think, slightly more egomaniacal, because you are the writer, you’re the director, you’re all the characters.…And you have to be so much more in control of it than one actor playing one part in a play.”

Perhaps most importantly, though, “When you’re an actor, you have to make it come alive with your body, your words, and your eyes. And you can’t do that with a book. You’ve only got your words.”

Suzy Spencer is a New York Times bestselling author, whose most recent book is the memoir Secret Sex Lives: A Year on the Fringes of American Sexuality.
MORE FEATURES
POPULAR KIRKUS STARS