John Green on the 'Intractable Injustice of the Human Condition' 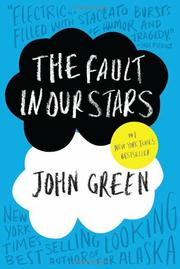 The first time Hazel meets Augustus she riffs about the inevitability of human oblivion; Augustus happens to be the kind of guy who likes that sort of thing. It’s also on both their minds. They're smart, curious, well-read kids who happen to have cancer and who happen to fall in love. The Fault in Our Stars has sparked deep reactions in both teens and adults; John Green talked to us about why.

There are many references to poems, books and movies in your book, including the title. Did you know what you were going to use before you used it?

Well, I knew from the beginning I wanted to write about star-crossed lovers, and it's hard to do that without being conscious of Shakespeare, who introduced so much richness and ambiguity to romantic tragedy. But making the title of the book disagree with a famous Shakespeare quote hopefully makes it clear at the outset that the book looks at fate and love differently. I guess those ideas were in the story from the very beginning, but over many drafts the Shakespeare references changed shape and settled more into the background.

The other references came while writing, but this story was written over more than a decade, and I have a terrible memory, so it's hard to piece together what emerged when. There's a lot in The Fault in Our
Stars about the power of literature—and its limitations—and so it was important to me that Hazel in particular find comfort and challenge in reading. And poets like Eliot and Dickinson are both very thematically interesting and widely loved by teens.

Hazel's relationship with her parents is the kind I'd love to have with my own kids—why is it such a good one?

I worked for a few months in 2000 as a student chaplain at a children's hospital, and so I spent time with many dying kids and their families. Some of those families were, of course, dysfunctional, but most of them were extraordinarily loving and generous and good to each other.

Teens are still teens—and Hazel fights plenty with her parents—but I wanted there to be a deep and unwavering love in that family, because that was true to my own experience. I also think loving and supportive (if imperfect) families are pretty common in real life, even if they're a bit rare in contemporary fiction.

When you were writing Hazel and Augustus, did you forget they had cancer and early death in front of them? Were they ever just kids to you, or was the cancer always there?

The sick people I've known are every bit as alive and funny and fully human as anyone else, and I wanted to reflect that in the novel. I wanted them to be teenagers who happen to be living with illness and disability, rather than objects one stares at and pities and learns from. While I tried to remain conscious of the characters' illnesses and the limitations they imposed upon their lives, they felt very much like normal kids to me—just as the kids I've known who were living with cancer seemed like normal kids to me.

Your video work and your novel work—do they satisfy the same creative urge or completely different ones?

The great thing about making a video is that I think of an idea in the morning, film for an hour, edit for three or four hours, and then upload the video that afternoon. That evening, I'm in conversation with thousands of people about the video. That instant gratification is really enjoyable, as are the community-building facets of online video: Our fans call themselves nerdfighters, because they fight for nerds, and nerdfighters have raised hundreds of thousands of dollars for charities like Partners in Health and Save the Children. They've also loaned more than $1,500,000 to entrepreneurs in the developing world through kiva.org. That kind of community-based activism and philanthropy just isn't possible in the world of fiction.

On the other hand, I love writing because it's meticulous and detail-oriented and requires a lot of sustained attention. I get to spend time thinking about every word choice and symbol and character arc. I also really love sinking all the way into a story and getting to live with it for years. And while the instantaneous feedback one gets online is great, I think the responses to a novel are much deeper and longer-lasting.

Did you ever want to save Hazel and Augustus? Just invent a cure for cancer and let them live?

I am concerned about the absolute and intractable injustice of the human condition, and I wanted to stare directly at that injustice without any sentiment or irony or easy comfort. The young people I've
known who were dying found precious little comfort in cliché. And the truth is, young people die. Even if we do cure cancer—and I believe we will—young people will still die. There will always be fault to be found in the stars. I believe that a short life can also be a full life. And I believe that it is a great privilege to be able to observe the universe, if only for a little while