When Family Lore Turns Out To Be Fiction 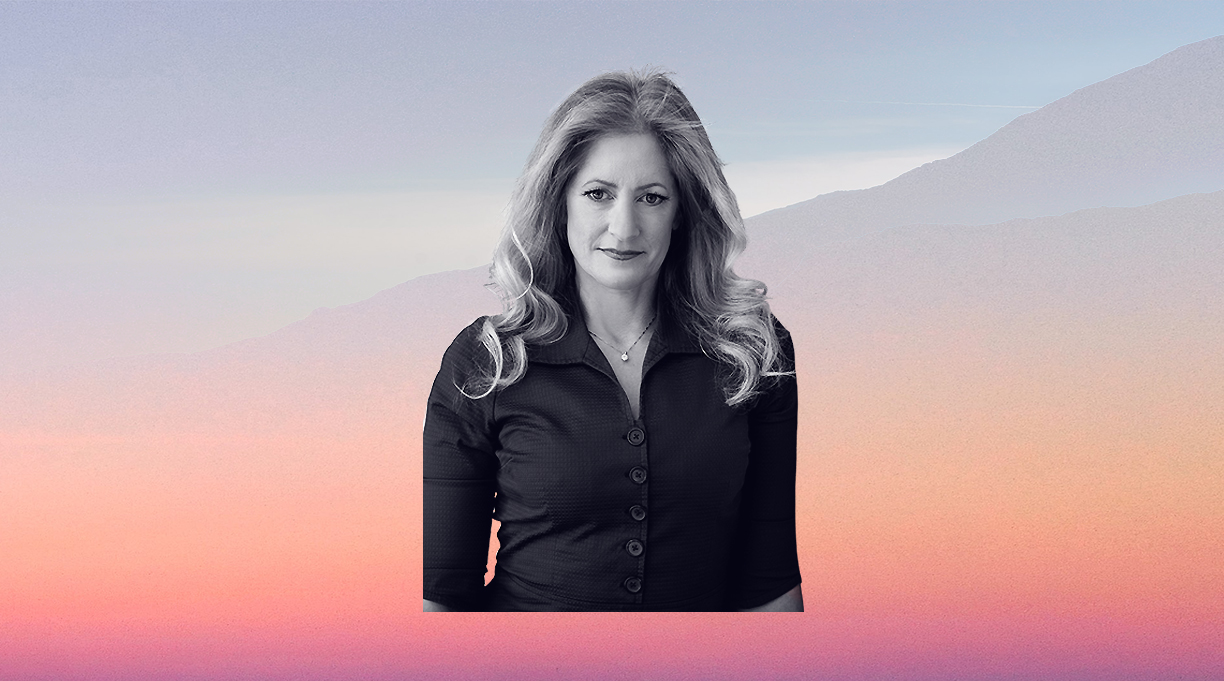 Ever since she was a little girl, Julie Klam was fascinated by stories of the four Morris sisters, her paternal grandmother’s first cousins. Family lore had it that Selma, Marcella, Malvina, and Ruth, who emigrated from Romania with their family in the early 20th century, grew up in an orphanage in St. Louis after their mother died and their father abandoned them to seek his fortune in Hollywood. Later, they got themselves to New York City, where they all lived together in Greenwich Village. One had an affair with J.P. Morgan and consulted with FDR. Another was a bohemian playwright. None ever married, all became millionaires, and they left their vast fortune to Brandeis University.

She even met a couple of them once, chain-smoking Pall Malls at her grandparents’ 50th anniversary party.

Klam originally thought the story of these fascinating, independent sisters would be her second book, after her coming-of-age memoir, Please Excuse My Daughter. She started her research in 2007 by interviewing older family members—but quickly realized how much travel and focus the project would take. She had a small child, a disintegrating marriage, and shaky finances. It just wasn’t possible.

Instead, she turned to the other project on her mind: You Had Me at Woof, a tender, funny book about dog rescue that would be her breakout. Three more books would go by before Klam returned to the sisters, and she was right about how much work was involved. She traveled to St. Louis, to Romania, to the FDR Presidential Library in Hyde Park, New York. She talked to genealogists, archivists, historians, cemetery managers, reference librarians, and even a medium. (From the latter, she learned that the sisters did not want her to make fun of them.) She pored over minutes of committee meetings, read chunks of old New York City telephone books on microfiche, and basically found out that everything she knew about the Morris sisters was wrong.

We caught up with Klam over Zoom to discuss the book she wrote nonetheless, The Almost Legendary Morris Sisters: A True Story of Family Fiction (Riverhead, Aug. 10). Our conversation has been edited for length and clarity.

Tell us about that subtitle.

We all heard these great stories around the table back when we were kids, and at that time, there was no running to Google to see if they were true. My mother always said with total conviction that we were related to Irving Berlin. Turns out we weren’t. The more I got into tracking down each detail of the Morris sisters’ story, the more I realized a lot of it never happened.

Like, Marcella couldn’t possibly have had an affair with J.P. Morgan, who died when she was 12. But she worked in an office of his firm, and she did have a close relationship with Harold Bache, of Prudential-Bache.

Exactly. Family lore sometimes turns out to be...just that. When I started this book I thought I was going to be telling a simple story about Marcella’s amazing career as a financier—where she worked, what she did at each place. And then there was nothing. Except for the one line in her will that confirmed that her estate was worth $10 million.

One of the few things that turned out to be true was Marcella’s success on Wall Street. Why do you think you could find so little evidence of it? Was it, as your hilarious Uncle Herb suggested, that she was just a very unlikable person?

Unky Hoib. So much a man of that generation. [Does accent.] Getta loada dis one! More than her prickly personality, I think it just wasn’t a good time for women—as opposed to now, of course, when it’s also not a good time for women—but particularly in the financial industry. You didn’t want to call attention to yourself, because they didn’t want you there. The women who were successful and got a lot of notoriety like Victoria Woodhull and Tennessee Claflin—they got drummed out.

So the sisters flew under the radar on purpose.

Absolutely. Invisibility was their brand. You know, it wasn’t like they came from some Boston Brahmin family—they had all sorts of things they were ashamed of. Their family history was one tragic, humiliating thing after another. One of the great finds I came across, with the help of a St. Louis historian, were the minutes of the committee that ran the orphanage where the younger girls lived for several years, about the decision to move 8-year-old Malvina, who was disabled, away from her sister to a home for crippled children. Meanwhile their mother was institutionalized like two blocks away, had possibly been lobotomized, and their father and older sisters were right there in town, struggling to survive. It’s a heartbreaking story.

Speaking of that St. Louis historian, a person from another planet reading your book could get the impression that the world is full of nice people who want to help each other.

Well—if you need something that can be provided by an archivist or a librarian, you are in luck. These people are so knowledgeable, and teaching is in their sphere, so they don’t just look for the answer, they teach you how to find it.

What is your advice for people who want to investigate family legends?

Ancestry.com is a great place to start. You’ll probably find that people in your family are interested and eager to help. My book came together during the pandemic, and I was always having Zoom calls with relatives and friends. The book was on its way to press when a friend found a whole treasure trove of information about Ruth’s husband from her short-lived marriage. (Because, yes, even the fact that none of them ever married wasn’t true!)

When I went to Romania to research the family’s origins, I found few of the specific documents I was looking for. But there I was in a completely different part of the world, not Americanized or modernized, nobody spoke English, and even though I wasn’t going there intending to find out what it felt like to be an immigrant, that’s what I got. A sense of what it felt like to land in a place and everybody’s talking around you and you don’t have the faintest clue what’s going on. Which was really more important for the book than locating a particular address.

I couldn’t help thinking, with all the holes in the story, it begs to be fictionalized in a novel.

Or a movie. I’ve been talking to a screenwriter friend of mine about how the true story of my quest could be interwoven with all the imaginings and legends about the sisters.

Wouldn’t it be great if their poor dad, who was a photographer in a department store and never got further than St. Louis, finally made it to Hollywood! What are you working on now?

I loved this process so much that I’m continuing with historical research. My grandfather was in the Hebrew Orphan Asylum in Brooklyn, and I’ve been reading the records of the children who were in there with him. Like the Morris sisters, some weren’t even orphans. There were people who kind of used the orphanage as a day care during the week and picked the kids up on weekends.