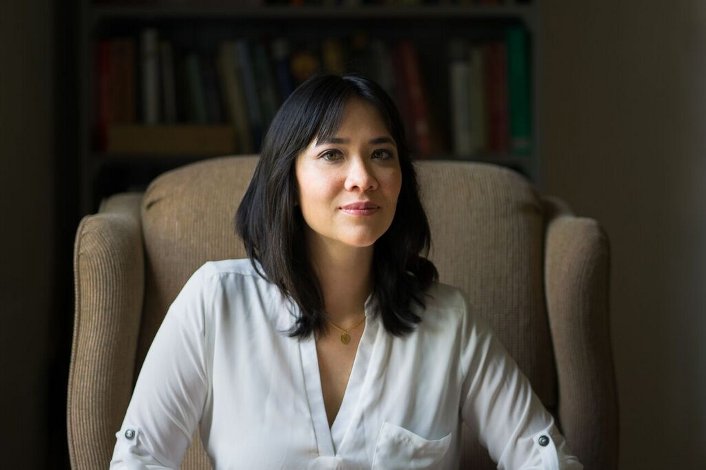 Every family has its secrets. What’s left unsaid marinates in the shadows, waiting for that day the secrets are ripe enough to tell (or rotten enough to smell). But some secrets need to be kept locked, tucked and cloistered away, because once they hit the open air, it could irreparably dismantle the stories a family keeps telling itself. In Kelly Loy Gilbert’s new novel, Picture Us in the Light, it’s just this type of destructive secrecy that threatens the novel’s protagonist, Danny Cheng.

Danny is an only child, or at least he grew up one. He has a sister, deceased before his birth, whose existence he discovered only by accident. Another accidental discovery leads him to uncover truths masked by the peculiarities of his parents. His search reveals a festering secret so significant it upends his present and skews his future.

It’s not quite the senior-year vibe he anticipated after getting accepted to the Rhode Island School of Design. Mingle that with Danny’s doubt about his abilities as an artist, unrequited feelings for his best friend Harry, and the anniversary of a classmate’s suicide and the oh-so-Gilbert dark and heavy landscape comes to life.

“I do deal with heavy topics oftentimes,” says Gilbert. “What makes stories worth reading for me, though, is that there’s something redemptive about them, whether that’s a solution to the problem or—more frequently—it’s the ways that people can come together or look out for each other.”

Gilbert says that Danny’s story began in her mind one way and the aftermath of the 2016 election changed it. “The election and a lot of the issues surrounding it clarified for me what the story I really wanted to tell was and what I was most passionate about. I think after the election it felt like so much of the national discourse was screaming sideways at each other, and I think there was a dismissal of a lot of people's very real fears about what the future was going to look like for them,” particularly marginalized people, she adds.

Apart from wondering if his parents will be deported, Danny’s reality includes wondering if he’s already peaked as an artist. I ask Gilbert if she ever finds herself being harsh with her writing.

But that hasn’t hindered her output and doesn’t sound like it will any time soon. “I still have millions of words of rage that I could keep shouting,” Gilbert says. “[After 2016] I feel in some ways I found the heart of the story that I wanted to tell [for Danny]. And before that I felt like I was writing into a world that I didn’t realize didn’t exist in the same way I thought it did. The election clarified a lot of things to me for the country that Danny and his parents would be living in. But there is infinitely more to say on the topic.”

Gordon West is a writer, illustrator, handletterer, and shark enthusiast currently surveying the States for his next East Coast home.