Kelly Yang Has Big Dreams for Her Characters 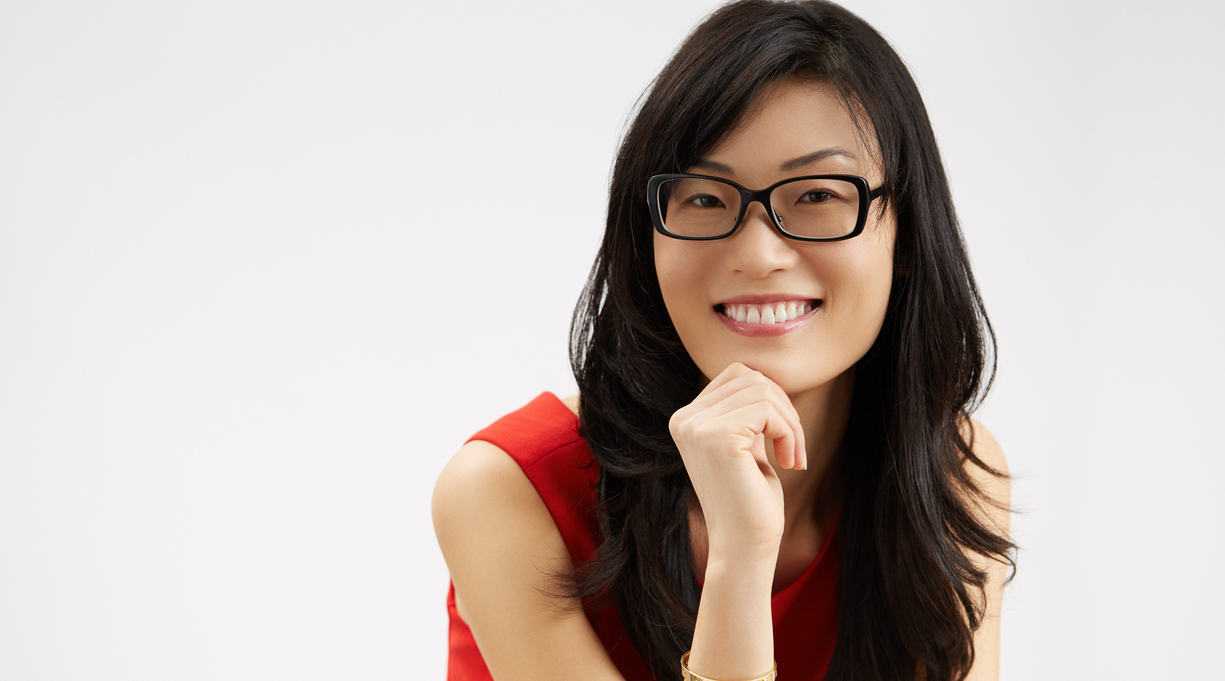 Readers first met the indomitable Mia Tang in Front Desk (2018), when the fifth grader and her parents, all Chinese immigrants, became the managers and then the unlikely owners of the Calivista Motel in Anaheim, buying it from Taiwanese frenemy Jason’s father. In sequel Three Keys (2020), sixth grader Mia finds California’s anti-immigration Prop 187 threatening her friend Lupe’s undocumented Mexican family. Now, in Room To Dream (Scholastic, Sept. 21), Mia is in seventh grade. The book opens with a six-week family trip back to China, where Mia is shocked to see how dramatically the country has modernized. She is doubly shocked when they return to the States to find the neighborhood around the Calivista also in the throes of economic change and their beloved motel once again in peril, this time from chains. If that’s not bad enough, Mia’s contending with loneliness after Lupe starts taking classes at the high school, and with confusion and hurt after Jason suddenly kisses her. In all her books, author Kelly Yang draws on her experiences growing up as an only-child Chinese immigrant in the 1990s. She spoke with us via Zoom from her home in Los Angeles, where she moved last year after 15 years in Hong Kong. The conversation has been edited for length and clarity.

You’re dealing with real economic complexity in these books. How do you approach writing about this for middle graders?

I start from a very personal perspective. China has always been fascinating because of how rapidly it has developed. I left China when I was 6. When I went back for the first time, I was in sixth grade, and I really didn’t recognize it. It became this whole other country. There’s this feeling, as immigrants, when you return to your home country or where you were born and you’ve seen it change so dramatically. You can’t help but wonder, How would my life have been different if I had stayed? My parents [left] for economic opportunities and promise, but maybe some of those promises and opportunities also happened to relatives back home. But the other interesting thing was seeing how [the economic change] was affecting little companies, little businesses, mom-and-pop shops, and the neighborhood. Now we have McDonald’s. Now we have KFC. And you’re missing all those little connections to your past.

Mia experiences a real contrast between her aunt’s posh penthouse and some unemployed steelworkers she meets.

My parents had some friends who lost what they called “the iron rice bowl,” which was a steady job, usually a government job. These people worked hard, they thought that they could depend on it. Then suddenly it would be gone, because China was modernizing at a rapid pace, and all these state-owned enterprises were being privatized. It was hard to see that this amazing modernization wasn’t all wonderful for everyone. If you got to ride the wave and you caught it early, your life could completely change. You could be a millionaire, right? But for other people, it’d be really hard to adjust. And I got to see all of that.

Is Mia’s family’s reception at home autobiographical, too?

I remember my mom would be collecting little items from the thrift store or Walmart, trying to impress her relatives back home. And she would buy, in her opinion, just the most amazing pot, and then she’d get there, [and they’d be using this other] thing, which was way better, and my mom would just shrink into a puddle of embarrassment. I saw that, and my heart broke for her several times, because I knew how hard it was for her to save up to buy those presents.

How did the kiss subplot enter the novel?

I’m always thinking about consent. I am a survivor, and I’ve written about consent [elsewhere], but I was also thinking in the natural progression of Mia and Jason’s friendship, I wanted them to tackle this subject head-on. I think it [can be] hard to talk to younger kids about consent, but they need to have that conversation in a very gentle way early on, so that they understand that they are in control of their bodies and what happens. They need it now more than ever, because they’re coming back from a year of living online—they’re going to need a refresher on boundaries.

How much of young Kelly Yang is in Lupe? She’s accelerating academically, and you went to college at 13.

Absolutely. I had to go to high school when I was in middle school, and that was really traumatic. It was one of the reasons why I decided just to go straight to college, because I really did not have a good high school experience as a very young middle schooler. I wanted there to be some tension between Lupe and Mia, because growing up presents challenges. It’s hard to maintain a best friendship when you have two really ambitious, amazing, driven girls. Lupe has really taken everything by the reins and just gone with it full speed. And I wanted Mia to sit with some of that discomfort. Mia is a very competitive person. So how does that make her feel? But part of what is so great about her is that she has this tremendous empathy for other people, even when that situation maybe makes her feel a little left behind.

Is the dramatic change in Calivista’s neighborhood similar to what your family experienced?

Oh, yes. I think about little me just going, Oh my god, how are we going to compete? If you’re a small business owner, it’s terrifying. You think, I’m up against Goliath here, and I’m one little person. I had that feeling a lot growing up. My parents’ businesses were always going up against huge competitors. It’s very hard, especially as an immigrant, because you don’t really understand the system that well, but you still have to compete. My parents were constantly terrified that something was going to happen and the health department was going to come. And it wasn’t even like we were doing anything wrong; the rooms were totally clean. But my parents just had this language barrier—they didn’t even know how to communicate with [the health department]. It’s very, very exhausting. Big companies have entire departments to deal with stuff like that. But you know, Mia Tang is a go-getter. [She’ll find a] really creative way and a very human way [to make it happen]. And I think that is actually the best way to compete.

Are we going to see more of Mia?

I would love to see more of Mia and her whole family and the entire Calivista crew. I want to see them achieve the American dream.

What do you hear from your child readers?

I get the most amazing letters, the most amazing emails. I got a note from a child who said, “I’ve been experiencing what I think is racism, but I haven’t really been sure. And I haven’t told anyone about it, because I felt really ashamed of some of the things that people have said to me. But after reading Front Desk, I realized I should not be ashamed. And I should tell someone about it.” I’m so happy that kids are finding these books. I hope that inspires them to find their voices and understand that they can make change at a really young age.