Kim Liggett Discusses The Grace Year, her YA Novel That Is Being Compared to The Handmaid's Tale 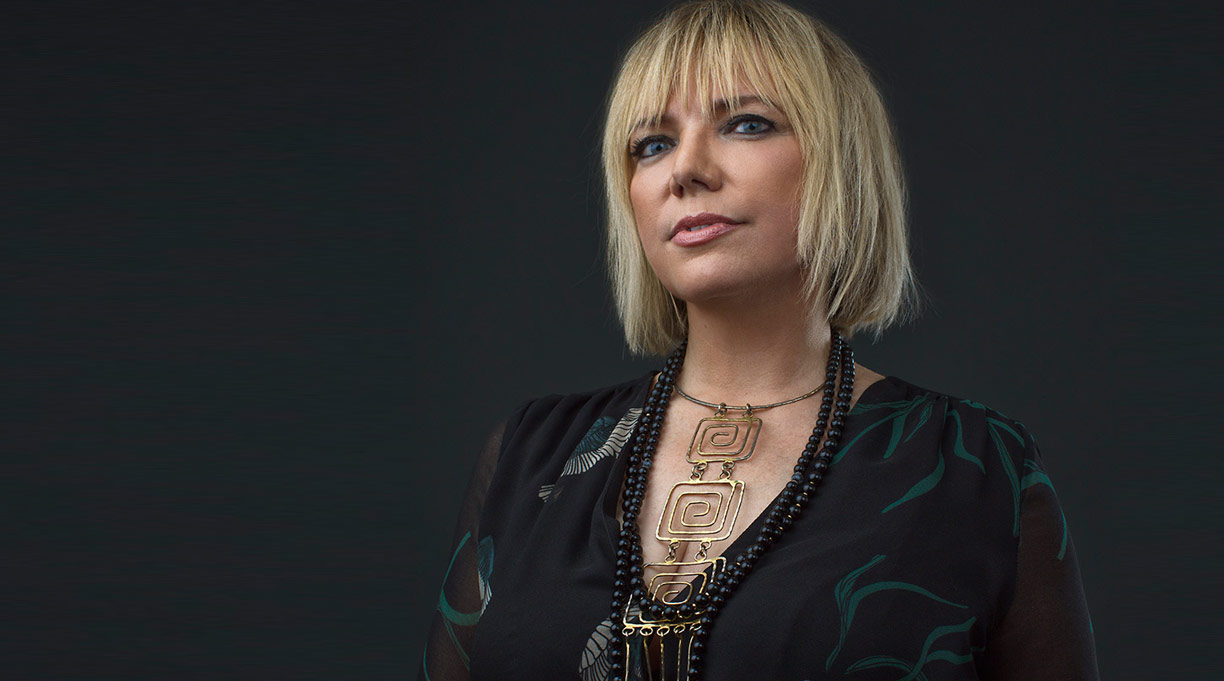 Kim Liggett, the Bram Stoker Award–winning author of The Last Harvest, Blood and Salt, and other novels for young adults, was standing at the departures board in New York’s Penn Station when a teenage girl waiting with her family caught her eye.

“She was right on the verge of womanhood, and a businessman passed, instinctively looking her way, like stem to stern,” Liggett recalls. “I knew that look, like she was fair game now, she was prey.”

A woman passed by soon after, “drawn to that same energy, but what I imagined for entirely different reasons,” she adds. “This girl was now competition.” Liggett pauses. “I just thought, it’s a horrible system. You set up these girls on these pedestals just to knock them down.”

Liggett boarded her own train and immediately started writing The Grace Year (Wednesday Books, Oct. 8), a YA novel that has already drawn comparisons to Margaret Atwood’s The Handmaid’s Tale and William Golding’s The Lord of the Flies.

Set in an alternate past, the novel follows 16-year-old Tierney, who is exiled to an isolated compound in the woods with other girls her age to release her “magic” before returning to a constrained life as the wife of a councilman.

There’s a catch, though. Prowling outside the compound are poachers who will kill the young women in exchange for bounty. Soon enough, the young women engage in power struggles with one another instead of helping each other survive.

“As girls and women, we’re conditioned to compete with one another,” Liggett observes. “The way I was raised, it was really the only way that girls were allowed to show their anger.”

This idea became even more urgent for Liggett after the 2016 election. “I think of myself as being a very good feminist,” she says, “but when I started writing this book, I really had to take a hard look at how I see women and the judgments that I put on them.”

Reflection about internalized sexism became a large part of her writing process for The Grace Year. “This book changed me,” she says.

Given its preoccupation with oppressive patriarchy, the novel doesn’t shy away from violence—or the steaminess of its (mostly implied) sex scenes. Liggett says that’s because she wrote the book first and foremost for herself. “The minute you start trying to censor yourself, or appeal to parents, that’s a quick death,” says Liggett. “I don’t want to write that way.

“Teens are so cool. They’re amazing and smart and wonderful and savvy,” she adds. “Girls in particular know violence. It’s all around them.”

The Grace Year was recently optioned by Elizabeth Banks for Universal Pictures, and Liggett says the film will be helmed entirely by women—from the executives to the screenwriter. “I didn’t expect to be involved,” says Liggett, who was offered an executive producer credit. “They have been unbelievably inclusive. They call me on every single thing.”

Liggett is still overwhelmed by how many other women—from her new connections in Hollywood to early readers—have connected with what she thought of as a largely personal story. “Women need to be heard,” says Liggett. “Young women especially need to be heard and seen, not as prey or competition but as our greatest hope.”

Kristen Evans reviews for Kirkus and writes for BuzzFeed, the Los Angeles Times, the New Republic, NYLON, and elsewhere. The Grace Year received a starred review in the July 15, 2019, issue.