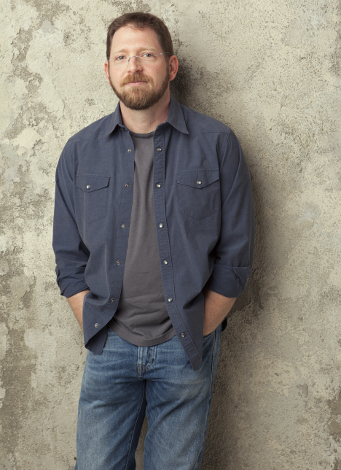 As a high schooler, Kirker Butler once choreographed the opening number of a beauty pageant.

“I grew up in a small town in the South, and my mother and father were on the county fair board. My mother was put in charge of the pageant. We still don’t know why,” says Butler, who set the steps to Neil Diamond’s “America.”

When it comes to the perfect person to write a satirical sendup of kiddie pageants à la Toddlers & Tiaras, you can’t do better than Butler, an animated comedy series writer/producer best known his work on Family Guy and The Cleveland Show. He’s the author of Viper Comics’ Blue Agave and Worm, about a stand-up comic who gains superpowers from drunkenly falling into an agave plant, and the hilarious new debut novel Pretty Ugly.

“Pageants were like wars: expensive, cruel, and unavoidable,” Butler writes. “Casualties were inevitable, and Bailey needed a warrior’s motivation to foster not only survival but also victory. To Joan, it was all about having fun, looking pretty, and doing your best, which Miranda thought was sentimental horseshit. Everyone knew the girls who had the most fun rarely took home a crown.”

To support his daughter’s expensive avocation, Ray Miller works two full-time nursing jobs. He handles the stress with the help of a few bad habits including but not limited to prescription pain pill abuse and shtupping the barely legal granddaughter of a hospice patient.

Are the Millers unlikable? Likely. But Butler rises to the formidable challenge of making them relatable enough to keep reading.

“None of us is perfect. We all have horrible impulses that sometimes don’t line up with what’s right,” Butler says. “I still feel like [the Millers] are relatable. They’ll do what they can to get ahead, but there’s still humanity about them... I think it comes from the fact that, as a family, they all love each other, and that goes a long way.”

That doesn’t mean any character is beyond reproach—even Jesus. Sure, he starts out innocently enough as a compelling voice in Grandma Joan’s head: “Don’t you worry about a thing, He told her the next morning. Roger’s with me now. And just so you know, he’s already the number one insurance salesman in heaven. Joan never asked why angels needed insurance. She didn’t have to,” Butler writes. But before you know it, he’s commanding his loyal servant to commit a mortal sin.

If you find that idea blasphemous instead of humorous, Pretty Ugly may not be your book—and that’s okay. Chances are Butler isn’t offended.

If he had a voice in his head, it wouldn’t be Jesus.

“If Bill Hicks were in my head, giving me advice about anything he wanted to talk to me about, I would love that,” Butler says.

As Hicks once said to us all, “Life is offensive.” But Pretty Ugly’s aim isn’t to offend, Butler says—it’s to make readers laugh.