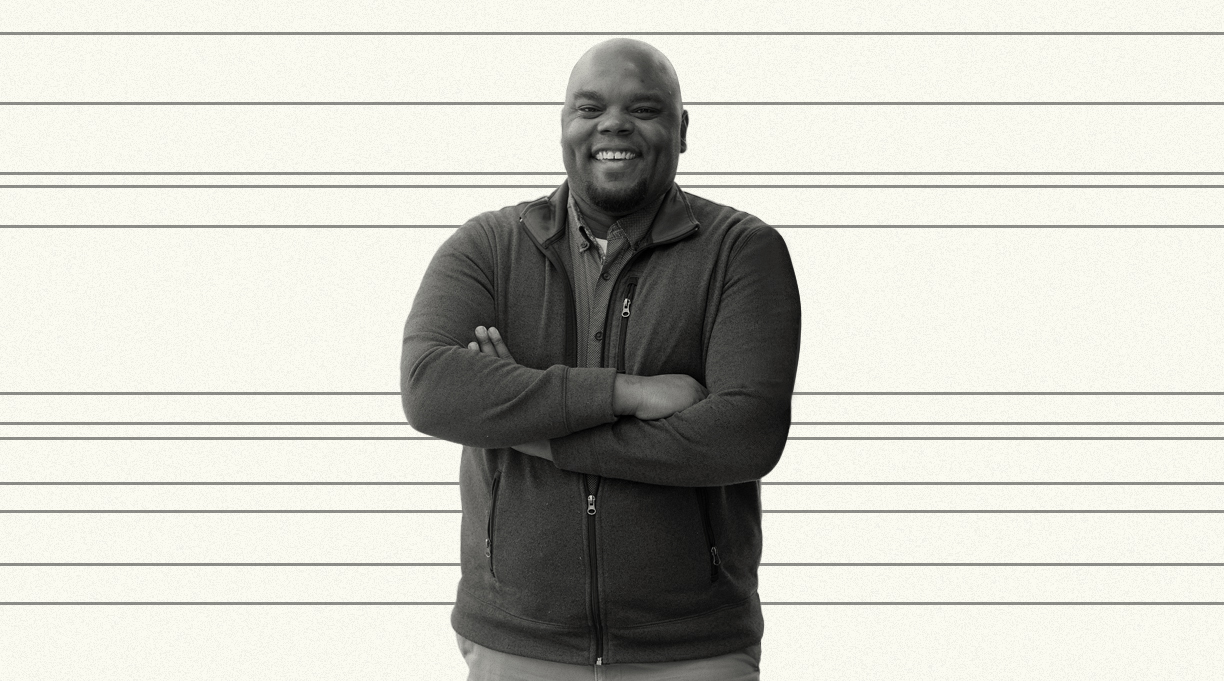 In Kwame Mbalia’s 2020 Coretta Scott King Honor–winning Tristan Strong Punches a Hole in the Sky (Rick Riordan Presents/Disney, 2019), the titular hero’s punch takes him from his grandparents’ Alabama farm to Alke, a magical land created from African American and West African stories, with a pantheon populated by West African deities and African American folk heroes such as John Henry and Brer Rabbit—and monsters that derive from the slave trade, such as King Cotton and shackle-creatures. Sequel Tristan Strong Destroys the World (Rick Riordan Presents/Disney, Oct. 6) finds both the real world and Alke threatened by the terrifying Shamble Man, who kidnaps Tristan’s nana. The story fabric that holds Alke together is fraying, and Tristan’s own storytelling powers are weakened; victory over the Shamble Man won’t come easily. Humor in the form of both recurring character Gum Baby and new foe Kulture Vulture, who speaks in stupendously bad rap, sits side by side with the enormity of the slave trade and its legacy, rendered symbolically. We spoke to Mbalia via Zoom from his home office in Raleigh, North Carolina. The conversation has been edited for length and clarity.

Rick Riordan Presents readers expect action and humor, but you talked in your Coretta Scott King acceptance speech about moving through the world with pain and joy, with hurt and healing. How do you satisfy your middle-grade readers and make sure that you’re able to communicate the dark side?

It’s not that the dark and the violence aren’t there [in middle grade]. It’s that we speak around it. But we leave anchor points for readers to come back to later. And all throughout Tristan, I’ve been trying to leave those anchor points. [For balance], you have to introduce something that brings that levity and that joyfulness, and that’s Gum Baby. She is a living doll covered in sap that speaks about herself in the third person, right? It immediately takes the focus away from some of the darkness. When you have Gum Baby insulting Tristan, or boasting and bragging, or doing backflips and saving the world, you’re laughing immediately after you might have cried. It’s a mission of mine personally, given how many pain narratives have been told throughout the years, to talk about the grief as one side of the coin, and on the other side, we have to have happiness and joy. If we don’t, we are doing a disservice to our readers.

You’re dealing with really heavy stuff. There is Tristan’s individual trauma from having watched his best friend die. But the Shamble Man literally embodies generational trauma. Were you scared to go that deep?

No, not necessarily scared, because I think [many of us] know someone who lashes out after they’ve been hurt, right? And they may have been hurt by someone or by a system designed not to benefit them, and they take it out on the people who are closest to them. We know that they are capable of love and strength and honor and respect, but all they can feel right now is the pain. I think what scared me about Book 2 was the fact that I don’t think it has [an overarching] villain. There is the specter of King Cotton and the remnants of the iron monsters [from Book 1], but that’s a part of the trauma of cleaning up. Are readers that expect a fast-paced adventure going to buy the idea of the “villain” being how we each individually process our trauma? That’s what scares me. I think it’s a necessary conversation. But I just hope that it holds with what the readers are expecting.

I read that you wanted to highlight women characters in this book. Was it hard for you to find these women to add to your pantheon?

It’s always hard to find Black American folk stories, because they’re traditionally oral, and in order to find those you have to find the people who have heard them and then you have to write them down. That’s what Virginia Hamilton did, that’s what Zora Neale Hurston did. That’s what Henry Louis Gates Jr. does so well. But it wasn’t that hard for me to find [Hamilton’s] Her Stories (Blue Sky/Scholastic, 1995). I originally found it in the library [while I was working on Book 1], right next to [Hamilton’s] The People Could Fly (Knopf, 1985). And I thought, Oh, I need this, but Tristan 1 was already humongous, [so I decided] to save it for Book 2.

I knew I wanted to put Keelboat Annie in there, [and] I wanted to explore Nana a bit. Then Mami Wata appeared as I was doing my research. [She] helped me address the concept of diaspora, because there are elements of Mami Wata in over 20 to 30 different countries where slaves from Africa arrived. But I just had to invent Lady Night. [She] is actually inspired by Nina Simone, and she’s what’s called a boo hag. A boo hag is a witch who removes her skin and sits on your chest in the middle of the night and sucks up all your oxygen. The only way to defeat her is to find her skin and throw some salt in it. It’s a great Southern cultural tale. But something that I specifically wanted to address with Lady Night is, Who do we label as witches? Who in society do we castigate and spurn just because of who they are or what they do or whose spaces they occupy? Lady Night doesn’t appear in any other stories but my own, but the concept of a Black woman stepping into this world and trying to make her own way—that’s familiar. It’s as old as time.

When you were looking for new deities to add, did you ever consider going into East Africa and broadening the diasporic story?

I did [think about it]. Nyanza, the City of Lakes, is a representation of Lake Victoria. The Grasslands and the City of Lakes are trying to represent Eastern African typography. But—and this is something that I’ve internally struggled with—I don’t want to take up or tell stories that I don’t have a connection with. There are authors from Kenya, Burundi, Somalia, Ethiopia that can speak to these stories way better than I can. I made a conscious decision [to include] the visual iconography and geography that is inspired by the different regions of Africa. But I didn’t want to be taking their stories.

[Laughs.] That is the complete antithesis of what I’m trying to be.

What haven’t I asked you that you need to say?

I’m not trying to write history books; I’m just trying to write books with elements of history in them. I mentioned anchor points earlier. I want readers to be able to read this book in an English lit class and then they go into a history class, where they’re studying the Middle Passage. Or they go into a physical education or health class, and they’re studying trauma and how it affects the body. I would love for chapters of this book to be used at the beginning of a discussion on mental health and mechanisms for coping with trauma as a community, as a family, and as an individual.