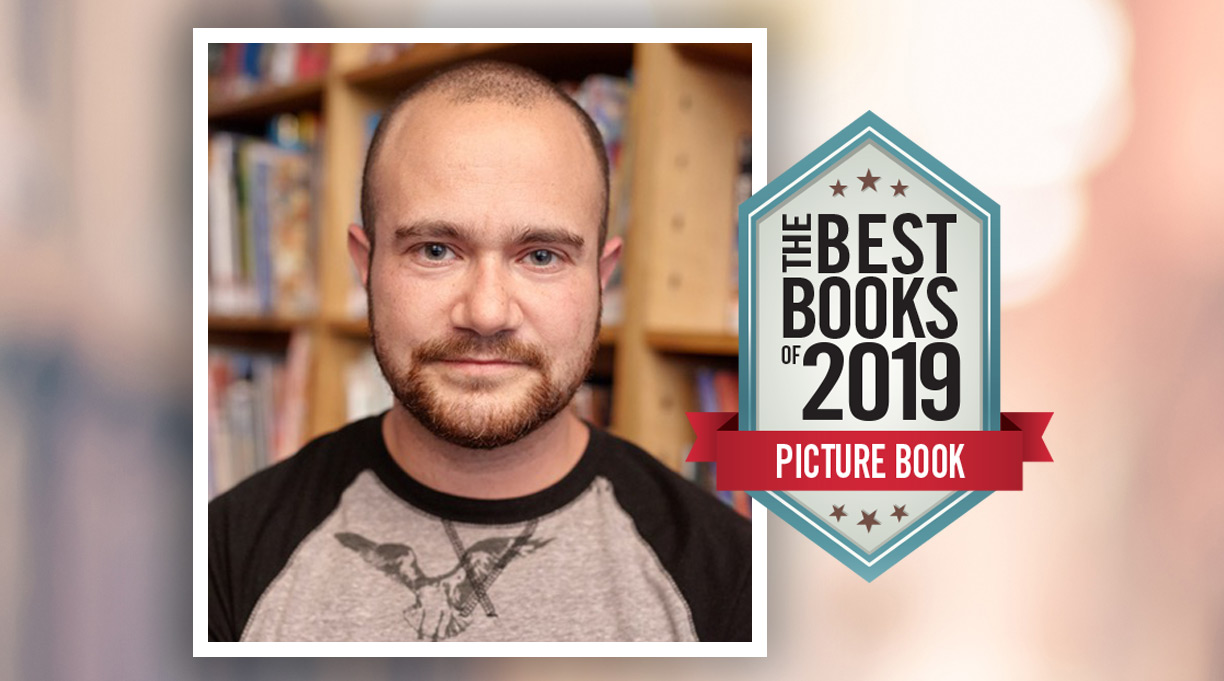 A trans man and a librarian, Kyle Lukoff has also often found himself acting as an unofficial authority on books for transgender children. Unenthused by the current offerings, he long felt that he ought to write a children’s book himself, but he was cautious—so many books he saw relied on simplistic tropes or seemed more interested in teaching lessons than in telling stories. Then the seed of a story lodged itself in his mind over breakfast one day.

In When Aidan Became a Big Brother (Lee and Low, May 7), we follow the eponymous character, a preschool-age trans boy, as he undergoes a monumental shift in his young life: He is going to become a big brother. Beautifully illustrated by Kaylani Juanita, the book offers an endearing and intimate portrayal of a family (refreshingly, all people of color) learning to adapt to new realities. And without being too obvious in the delivery, the story relays the important message that stories about trans people don’t need to be restricted to their coming out as trans.

“There is real art and real literature that we trans people create about our lives, and it’s as rich and complex and nuanced as anything cis people can write,” says Lukoff. “I wanted to write a picture book about a trans kid that really felt like a picture book.”

For Lukoff, that meant crafting something with a plot and illustrations that would capture children’s minds and leave them coming back to the story more than once. Noting that “picture books are written as much for children as they are for the adults who read them to those children,” he also included specific messages for older readers.

“I wanted to show a loving and supportive family that also still makes mistakes,” he says of his portrayal of Aidan’s parents. “I wanted to acknowledge it can be hard and that it’s OK—but only if you acknowledge that it’s hard and then work at loving your kid as best you can.”

James Feder is a New York-born, Scottish-educated writer based in Tel Aviv.