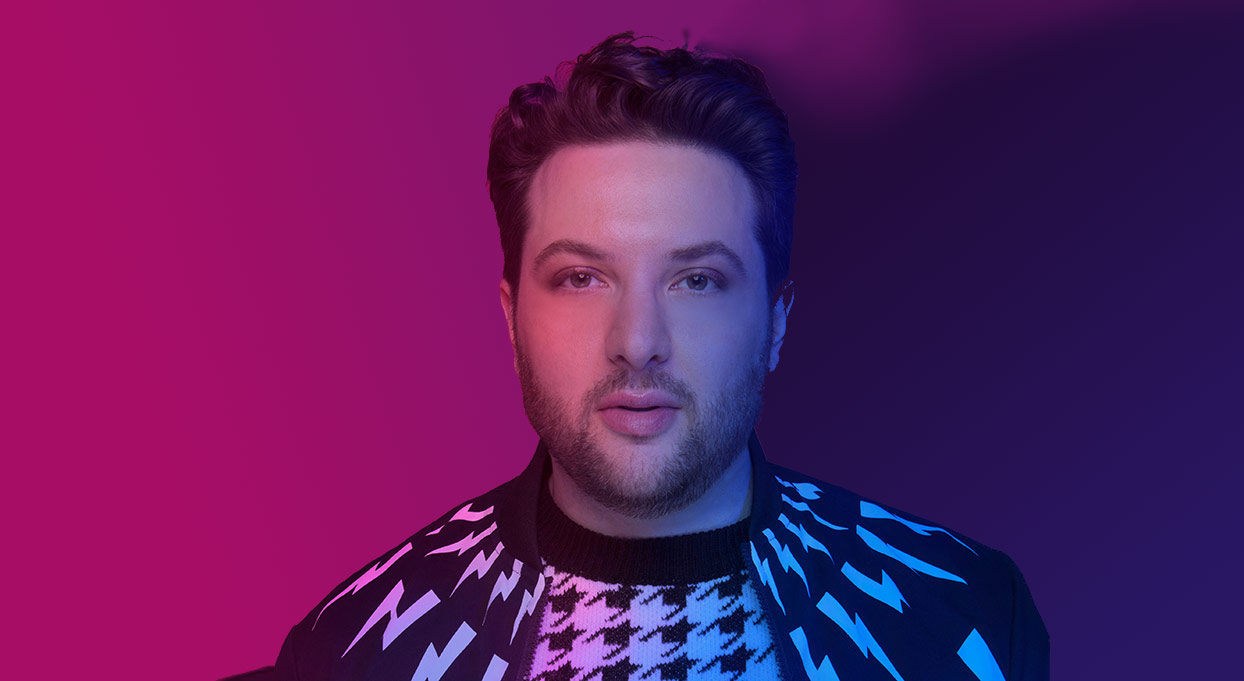 A charming and intelligent rom-com, Camp (Little, Brown, May 26) is L.C. Rosen’s latest YA novel, which shortly after our conversation was optioned for film by HBO Max. We met on Zoom to talk about the book, ways to truly support queer teens, homophobia and patriarchal norms, and so much more. The conversation has been edited for length and clarity.

How do you describe the book?

Essentially, it’s a young adult romance set at a queer summer camp, where Randy, who has had a crush on Hudson, remakes himself as Hudson’s masc fantasy. He comes back as “Del” with the intention of playing this part to win Hudson’s love and then reveal who he is: a nail-polish–wearing, unicorn-loving theater kid. It was inspired by those old ’60s screwball sex comedies.

Hudson struggles because even though his parents allow him to attend the camp, he has clearly absorbed narrow ideas of how gay men “should” behave.

The discussion of assimilation versus nonassimilation has been something the queer community has talked about since before Stonewall. In [Camp], they talk about the Mattachine Society and the Daughters of Bilitis [early gay and lesbian organizations of the 1950s] and how they were very in to conformity. It really has to do with the way queer culture intersects with the patriarchy.

There’s a thing called the glass closet, and it’s the idea that you can come out of the closet, but you’re still in this other closet, and it’s invisible. Straight people will love you the moment you come out—"I love gay marriage, I love gay people!”—but the moment you try to become a full-fledged human being, it becomes, “You’re too in my face. You’re not who I want you to be.” When straight culture does that to you, especially during those formative teenage years, it takes away that ability to try stuff on and figure out who you are that straight kids get.

Many readers expect queer stories featuring a triumphant ending. What led you to write a more nuanced resolution?

Even today in queer YA novels, coming out is the end of the story; I try to always show that coming out is the beginning. It’s not all rainbows and happiness. It is often about knowing how much of your queerness you can unleash when you’re around certain people. You can be proud, you can be satisfied with your life, but if you’re a teenager and your parents are essentially saying, “Don’t wear nail polish or else you’ll become one of those queers, and we don’t want one of those queers in our house,” then don’t wear the nail polish around your parents. I don’t mean for that to sound disempowering, but a kid’s safety is more important; food on the table is more important. It’s a privilege to be able to wear that nail polish whenever you want, because it means that you are unafraid of being beaten, kicked out, deprived of something that you need to live.

It’s rare for queer teens to have access to sex-positive information such as you provide. Have you encountered any push back?

What’s worse than push back is silence. I’m married to a librarian, I’ve taught at schools, and I’ve seen parental drama at its finest, so I understand that. [The silence] hurts way more than the drama does for an author, because it’s like you don’t exist. We rely on librarians, teachers, book bloggers, social media to get this stuff into the hands of teenagers, and that can be extremely difficult when people are a little afraid of the book. We write these books because we know that they will help, because we have been these kids, and it sort of sucks that that there’s this wall of silence.

You write for adults and younger kids, too. What do you find rewarding about writing YA?

Adults love a good story, for sure. But young adults live a book—they are the people who are most excited to really experience the story you’re trying to tell. It becomes very personal and special in a way that you’re sort of blasé about by the time you’re an adult, and you haven’t quite formed enough of an idea of your own identity as a middle-grade person.

What are your thoughts on straight people writing queer stories?

I’m not a stay-in-your-own-lane person, I’m a get to the back-of-the-line person; it’s about centering #ownvoices. When it comes to young adults, if you look around for representations of yourself, and the ones that you find are created by people who are writing not for you but for themselves—to give themselves pleasure in some way, and that could be sexual, it could be emotional—then you are going to see this fetishized version of yourself. You’re trying to find yourself and the reflections coming back at you aren’t even really reflections. It’s the glass closet again.

Who’s your first audience? That’s the question, and almost always the answer is going to be yourself, even if you think it isn’t. Really separating yourself from that and thinking about that is hard and requires a level of commitment and self-reflection. I don’t think that there’s anything wrong per se with straight women writing queer men, it’s just about their intention. And we can always tell—because I’m an adult now. If I’m a teenager and I read that? It really screws you up.