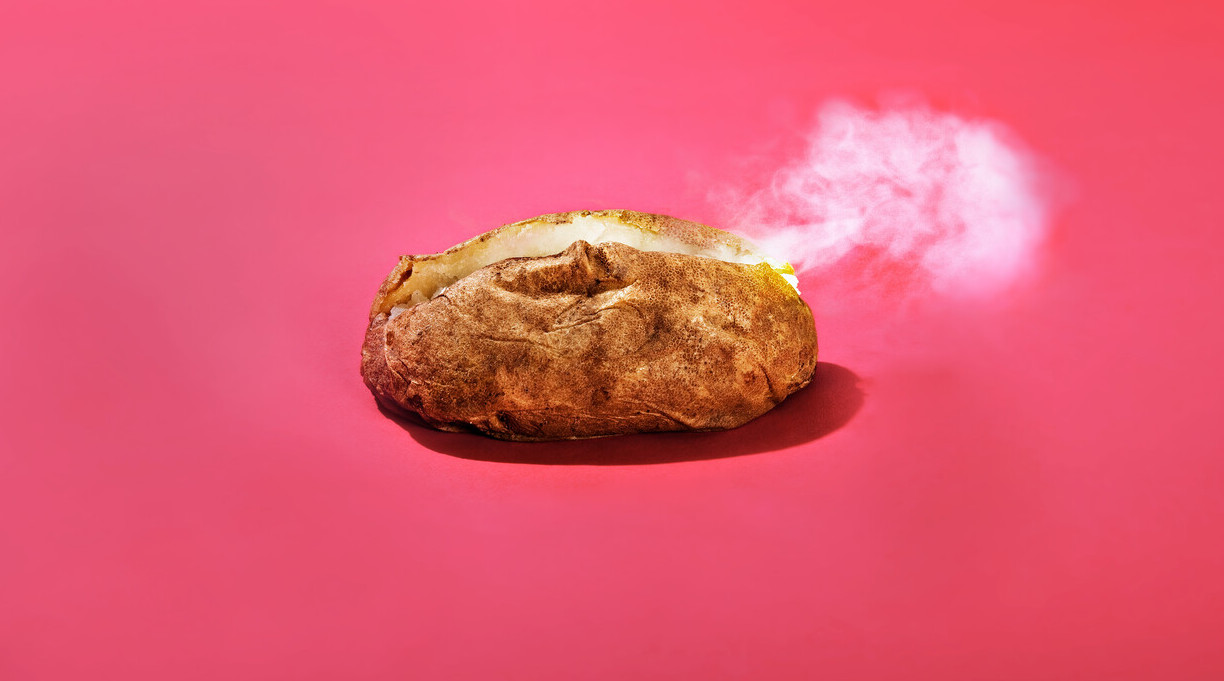 Is it someone trying to pay their overdue fines with starchy food? A steakhouse employee finding a novel way to get rid of extra side dishes? A mysterious Idahoan with a heart of (Yukon) gold?

Sadly, we may never know why someone has been leaving baked potatoes on the front lawn of a Wayland, Massachusetts, public library. But it’s definitely happening, and it’s definitely weird.

“The front lawn of the library has been accumulating what appear to be perfectly lovely baked russets this week,” the Wayland Free Public Library posted on Facebook last week. “One appeared early on Monday and yesterday we noticed a second. None of us can imagine how they got here...part of a rare potato migration? Kid on a bus revolted by a packed lunch?”

Sandy Raymond, the library’s director, told the MetroWest Daily News that she thinks the tubers likely fell out of someone’s lunchbox, but seems open to other possibilities.

“I hope someone comes forward,” she said. “It’s added some much-needed humor to the week.”

Talk show host Stephen Colbert definitely saw the humor in the potato mystery, telling his viewers, “These potatoes are neither expected nor orderly. These are taters of chaos!”

There’s no word yet on whether the library will be accepting donations of sour cream and chives to accompany their newfound mystery spuds.