A Lion Re-emerges on Paper: 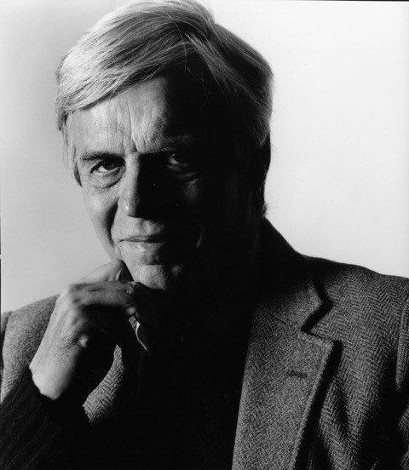 I usually don’t pay much attention to reissues, but I make exceptions based on a variety of factors, including the quality of the writer in question, the freshness of the new material, and whether or not the writer of the new foreword or introduction has anything intriguing to add. All of those factors are in play with Little, Brown’s April 26 reissue of George Plimpton’s sports books, including Paper Lion, one of my personal favorites.

I’ve always been a fan of Plimpton’s work at the magazine he co-founded, the Paris Review

, and in his books of immersive journalism, but Paper Lion hits especially close to home because it chronicles his embedded 1963 stint with my favorite NFL team, the lowly Detroit Lions (they weren’t quite as lowly back then). In 1966, Kirkus noted, “fellow players thought it odd that Plimpton, tall and gangly, was always writing in a notebook between plays. When they finally discovered that Plimpton was a literary silkworm and not a carnivore of the gridiron, he had to take his ragging. But stay in training he did, as incongruous as Thurber on Hitler's general staff, and play he did….Vignettes and cameos of famous Lions players, their pranks and foibles, flesh out the text of the year's most literate sportsbook.”

Little, Brown will reissue all of Plimpton’s sports books in an attractive set of hardcovers as well as enhanced e-book versions that include never-before-seen multimedia content. In addition to collecting this significant work from a vital American writer in one place, the books also feature an all-star cast of foreword contributors: Nicholas Dawidoff on Paper Lion, Denis Leary on Open Net, Bob Costas on One for the Record, Mike Lupica on Shadow Box, Jane Leavy on Out of My League, Rick Reilly on The Bogey Man, and Steve Almond on Mad Ducks and Bears.