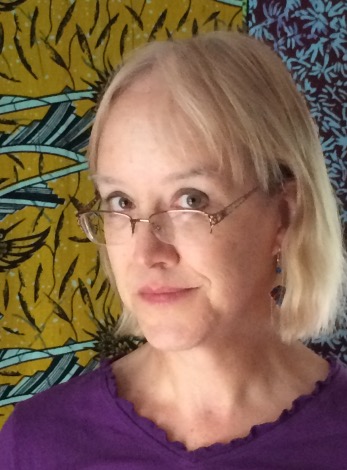 “The best advice I ever got for naming a child was ‘use all the names you love,’ ” says Bunker, author of Felix Yz. “By the time the next kid comes along, you’ll love different names—don’t hold one for later.

“So that’s what I did with this book,” she says of her debut novel. “I put in everything I loved at the time, wanting to get my geekeries out there, to share them with people.”

Bunker’s inventive middle-grade fiction (ages 10+) takes the form of a secret blog by a 13-year-old boy who happens to be fused to a hyperintelligent fourth-dimensional alien, which makes it hard for him to walk and speak.

“Most people think I’m mentally disabled, but I’m not,” Bunker writes. “Just stuck together with an alien.”

Felix Yz (pronounced “Is”) melded with Zyx (rhymes with “six”) at age 3 in an experiment that went horribly awry, killing his scientist father. Most people don’t know this (the official story says he suffered a traumatic brain injury). Those who do include his mother, his brilliant piano-playing sister Bea, their gender-fluid grandparent Grandy, and his father’s former colleagues, who plan to perform a risky separation surgery on Felix and Zyx, on “ZeroDay”—29 days after Felix’s blog begins.

While Felix grapples with his own mortality, he’s still subject to the business of being 13: attending school; deflecting the insults of his bully, Tim the Bore; deciding whether to enter the Littlefield School District essay contest at the behest of a supportive teacher; not really liking his mom’s boyfriend, Rick; and overcoming his shyness around his crush, Hector.

“It’s a coming-of-age story, definitely,” Bunker says, “but it’s also about facing the idea of mortality and the possibility of impending death. I lost both my parents early—I’ve been through the emotional wringer on things like this a couple of times—and it’s fascinating to me, in the midst of an epic-scale tragedy, that you still have to take out the garbage, you still have to empty the dishwasher, and the cat is yakking up hairballs. Everyday random life keeps happening even in the midst of tremendous risk, fear, loss, or sadness, and I wanted to depict that.”

“My sister gave me a great phrase for the book,” she says. “She said, it’s ‘unapologetically un-apocalyptic.’ Isn’t that wonderful? It’s relentlessly human scale.”