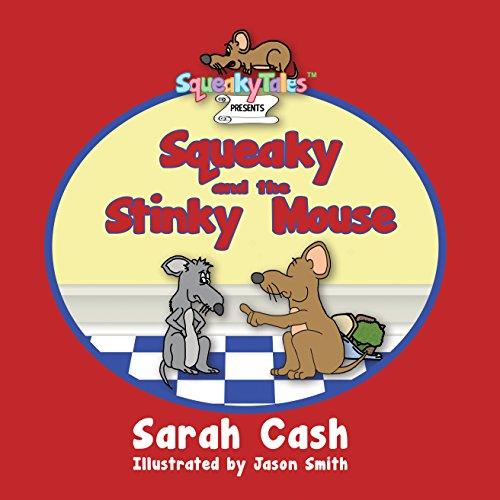 The Walt Disney Company celebrated the 90th anniversary of Mickey Mouse’s first appearance on film last year, and the classic Beverly Cleary children’s novel The Mouse and the Motorcycle hit shelves nearly three-quarters of a century ago. Laura Joffe Numeroff’s 1985 picture book, If You Give a Mouse a Cookie, illustrated by Felicia Bond, remains popular more than 30 years later. It’s clear that kids love rodent protagonists—perhaps because they can relate to being little themselves. Here are few intriguing examples that Kirkus Indie has highlighted in recent years:

In the 2018 picture book One Gray Mouse, by author/illustrator Ovi Nedelcu, four colorful characters—Green Mouse, who longs for unspoiled food; angry Red Mouse; fearful Blue Mouse; and doubtful Gray Mouse—meet a fifth, Yellow Mouse, who promises a way for them all to be happy. Kirkus’ reviewer calls it “a fine message of hope with a charming cast of rodents.”

Squeaky and the Stinky Mouse (2017) by Sarah Cash, with illustrations by Jason Smith, tells the story of a mouse who refuses to share his food with another in need—simply because he doesn’t like how he smells. However, a later brush with danger and an act of kindness change Squeaky’s perspective. It’s “a sweet animal tale [that] effectively conveys a basic but important message,” according to our reviewer.

The illustrated children’s book Max the Mouse and the Secret of Mars (2016), by Michael Cantwell, with illustrations by Cantwell and Ali Sutjianto, delivers an environmentalist tale that also addresses the dangers of technology. In it, the titular character leads other mice on a balloon trip to the red planet, where they encounter robotic rodents, a princess named Bling Bling, and a senator named Blabbermouth, who’s literally full of hot air. Our review praises it as “adventurous, thought-provoking, fast-paced, and subtly hilarious—in short, a delight to read.” David Rapp is the senior Indie editor.