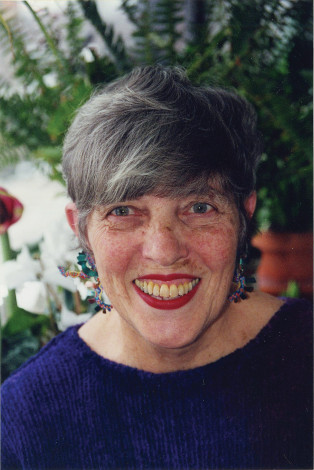 Though some people might hear the word scraps as diminutive and think of leftovers, renowned author-illustrator Lois Ehlert has always had a very different reaction: She loves scraps for their endless creative potential, their ability to fuel her imagination. For Ehlert, scraps—whether colorful fabric, lace and buttons from her mother’s sewing room or pieces of wood from her father’s workshop—were her first art supplies, the source of her earliest creations. So her newest title, the encouraging and inspiring The Scraps Book: Notes From a Colorful Life, honors the source of her creative joy and the artistic process of collage that her picture books for children are best known for.

That title, she notes, is also a play on words—“it’s not just a scrapbook of my memories, but a scraps book, a compilation of many, many things. It’s my personal pun. I love using recycled things, repurposed things. I love making something out of something else,” she says. “To my mind, scraps are wonderful. Scraps suggest an illustration or start me thinking in ways I might not if I was just sketching.”

Asked whether this name occurred to her at the very beginning of the project, Ehlert laughs and says the book remained untitled for a long time. “We just couldn’t agree. I always joked that if my mother was still alive she would have called it my ‘I Love Me’ book—because when I was little, she’d always keep a scrapbook of my awards and ribbons, and that’s what she called it. But of course I was a little embarrassed about that title, so it just evolved into being called ‘the scraps book,’ until one day, several years into the project, I said, ‘Wait a minute, why don’t we just make that the actual title?’ ”

The book introduces readers to a young Ehlert along with the parents who encouraged her artistic ambitions by being thrifty, creative folks. (“I was lucky; I grew up with parents who made things with their hands,” she writes.) They encouraged Ehlert, who still uses tools they shared with her, like her mother’s pinking shears; they set up a folding table in a corner of their house for her, which became Ehlert’s creative spot, “a place to work and dream.”

Readers are also offered behind-the-scenes glimpses of Ehlert’s book-making process woven together with her creative philosophies. Ehlert addresses frequently asked questions on where she draws inspirations for her work (all around her, in the garden or the grocery store) and how she captures them (quickly, before they slip away!). She provides glimpses of her colorful, packed studio and notes, “I’m messy when I work,” observing that her wastebaskets overflow and including an illustration of scraps stuck to the bottoms of her shoes but noting that “when ideas are flowing, I keep working.” She traces the path of an idea through early drafts, sketches and the “dummy books” she makes in order to preserve the flow of the language from page to page.

“I bind it and put it into the form where you turn the pages…literally I am walking through the book to see how it paces itself. That’s something you can’t really do until you have the art situated,” she explains. “Then I can begin to see the rhythm in the text, hear what it sounds like out loud. I love music and try to make the rhythm and sound of the words go from spread to spread.”

Ehlert knows that the current economic climate makes it a challenging time to encourage people to pursue their dreams, but she quietly invites young artists to do just that. “It is difficult but also important to try to do something you feel is productive and good for society as opposed to doing something just to make money,” she says. “I’ve always been interested in education and reading—you are the way you are, you work from there.” She says that the inspiration for the book is simple: “I just felt it was time to share some ideas with young people who might have grown up like I did, wondering how they would fit into society."

Recently, Ehlert’s work was shown at an exhibit at the Milwaukee Art Museum; she “engineered” the show so that viewers could “walk through” her creative process. She even loaned the museum her folding art table; when she visited, she saw children at work creating art on it. “I loved seeing them there making art,” she says, though she admits to missing her table. The popular exhibit was extended, and her table was on loan for quite a while.

Ehlert dedicates the book to her longtime friend and editor, Allyn Johnston, who plays an important role in her creative process. “I don’t think editors get very much credit for anything, but I very much wanted to credit Allyn. She’s the one who questions or seeks to understand what I am trying to do…and not everyone would do that. I don’t work like most people do. She tries her best to accommodate me,” she says appreciatively.

At its best, Ehlert says, the process of writing and illustrating is yet another kind of collage, “a melding of those two things, words and images.” Sometimes, she notes, a children’s book may have beautiful art “but the story is not so great, and vice versa.” Ehlert feels lucky to be both author and illustrator. “When you do the two together you can literally go back and forth and allow each to do its thing. You don’t illustrate in images what you’ve already illustrated in words.”

Jessie C. Grearson is a freelance writer and writing teacher living in Falmouth, Maine. She is a graduate of The Iowa Writers’ Workshop.