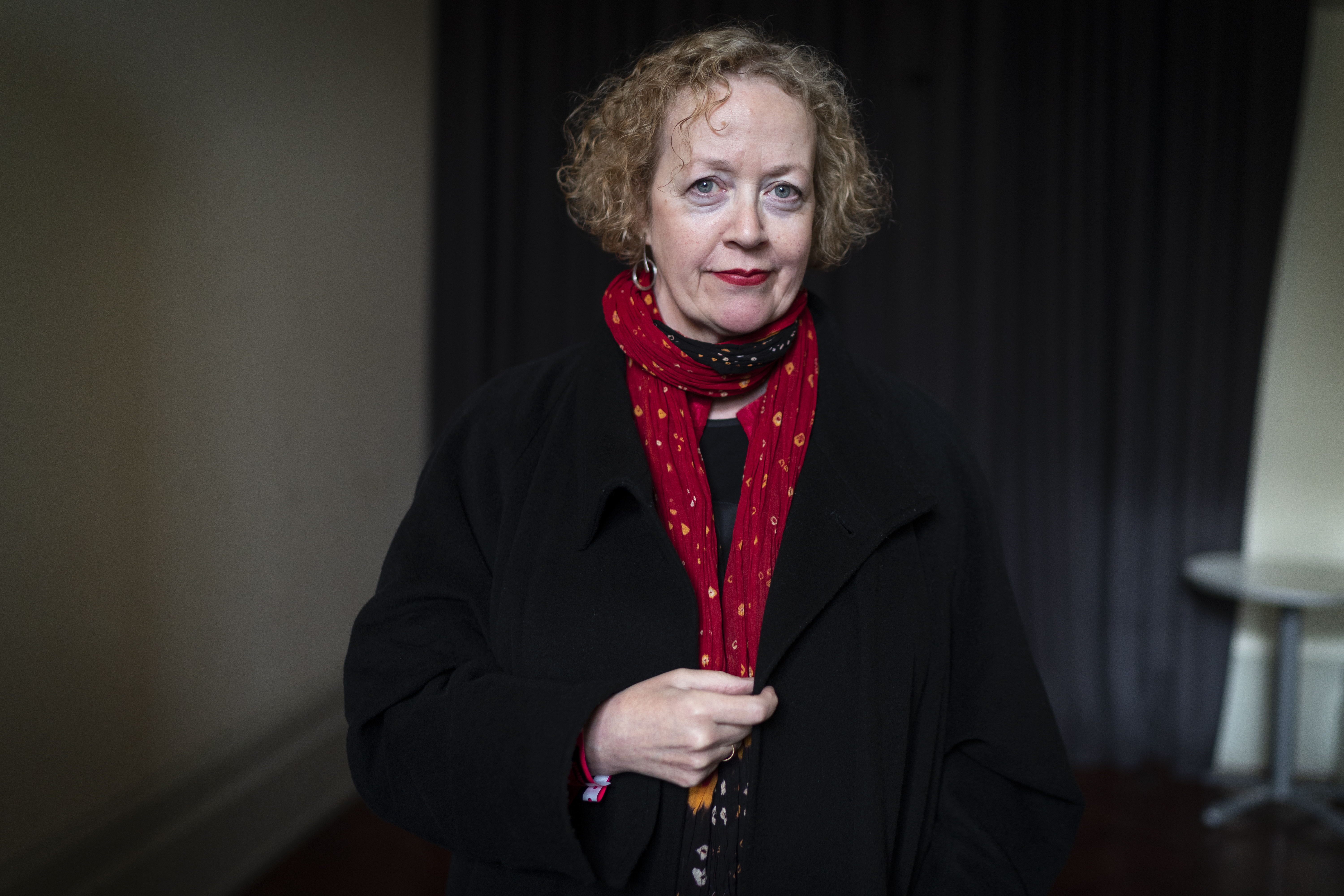 Lucy Ellmann’s Ducks, Newburyport—a novel of more than 1,000 pages written mostly in a single sentence—has won the 2019 Goldsmiths Prize, a British literary award given annually to a work of “fiction that breaks the mold or extends the possibilities of the novel form.”

Icelandic novelist Sjón, a member of the Goldsmiths judging panel, called the book “a massive achievement of a novel, which plays masterfully on every one of the reader’s senses.”

Accepting the award, which comes with a $12,800 cash prize, Ellman said, “It’s a lot of money for one sentence and it may make me write a few more.”

Dan Wells of Biblioasis, which published the book in North America, said, “The Goldsmiths’ stated aim is to reward innovation and risk-taking in fiction: I can’t think of a book in recent memory that’s taken a greater risk than Ducks, Newburyport.”

Ellmann’s experimental novel was previously shortlisted for the prestigious Booker Prize, but ended up losing to two books — Margaret Atwood’s The Testaments and Bernardine Evaristo’s Girl, Woman, Other.

Her loss didn’t sit well with Sam Jordison, the co-director of Galley Beggar Press, which published the book in the United Kingdom. Jordison criticized the Booker Foundation’s decision in an essay for the Times Literary Supplement, writing, “It’s one thing to feel bad about losing. It’s another to feel you were never in the game … This prize had taken over our lives. We had put everything into it. And now, it seemed that we had not had a hope from the start.”