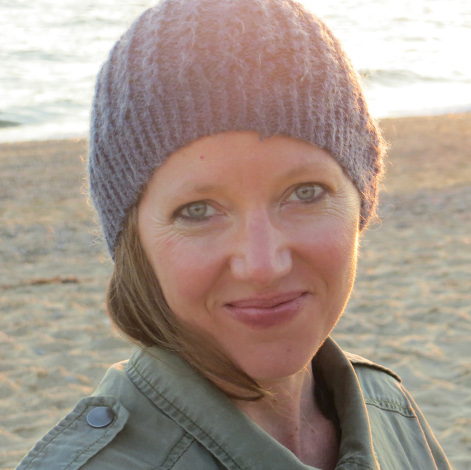 “I became a poet in part because I didn’t want to tell stories,” Maggie Nelson writes toward the end of The Red Parts: Autobiography of a Trial. “As far as I could tell, stories may enable us to live, but they also trap us, bring us spectacular pain.”

With the reissuing of The Red Parts, nearly a decade since its originalpublication, these words resonate stronger than ever. The book is Nelson’s wrenching chronicle of the 2005 trial for the violent murder of her aunt, Jane Mixer, 36 years earlier. Nelson never met Jane, whose murder was initially linked to a serial killer but had remained officially unsolved, casting “a shadow” over her family. Fear became a dark aftereffect, a family “inheritance.” In November 2004 when Nelson received the call about the case’s out-of-the-blue development—DNA evidence pointing toward a new suspect—her poetry collection, Jane: A Murder,was just months from release.

The news was shocking and, in many ways, disarming. Nelson wrote Jane with the hope that grief, fear, the murder itself, all of it would somehow vanish; that writing about it would allow her to leave it behind. The trial erased those notions. “I think the feeling that I want the story to go away will always be with me,” Nelson says now. “This book in particular is a different kind of trauma. It will always remain tinged with menace.”

The Red Parts is a continuum to Jane. When working on Jane, Nelson says she came to understand that as a writer, “you have to show what your stake is in the game, especially if you’re writing about violence.” In The Red Parts, while Jane and this sense of violence remain catalysts for the narrative, Nelson’s focus shifts. “It’s more about me, girlhood, and the menace of growing up,” she says. “I thought I was writing only about Jane’s death, but then other deaths that have haunted me—my father’s death in particular—began to take center stage. I think I was touching in with grief, and where grief is located in any given person. I found, with all the books I’ve written, you don’t solve the problem as much as you burn it out.”

This sense of burning is tangible on the page. Grief and fear are not eradicated, but bluntly confronted. “Justice” is constantly in question. Each chapter startles then reverberates with Nelson’s poetic language. Perhaps the most notable element of The Red Parts, though, is the way it challenges an often misogynistic, and unfortunately familiar, origin. “The dead woman as the impetus for a hero’s journey to begin is a very foundational plot structure,” Nelson explains, referencing examples like Russell Crowe’s character in Gladiator. “The Red Parts asks questions about what the journey is for somebody for whom there’s a similar structure in place, but that doesn’t reiterate those tropes, which are ugly to me.”

About 10 years ago, Nelson wrote those lines about stories’ ability to trap, to bring about spectacular pain. The words may still hold some truth, but she acknowledges stories also have the ability to carry what a person no longer can. “When we’re taking on things that feel like they exceed what we can bear, there can be this tremendous desire to share, to spill over and have someone else witness,” Nelson says. “That can take really toxic forms, or it can take a really compassionate form of people witnessing each other. The Red Parts is a book because a lot of the feelings and things I was being exposed to exceeded my capacity to hold them within me.”