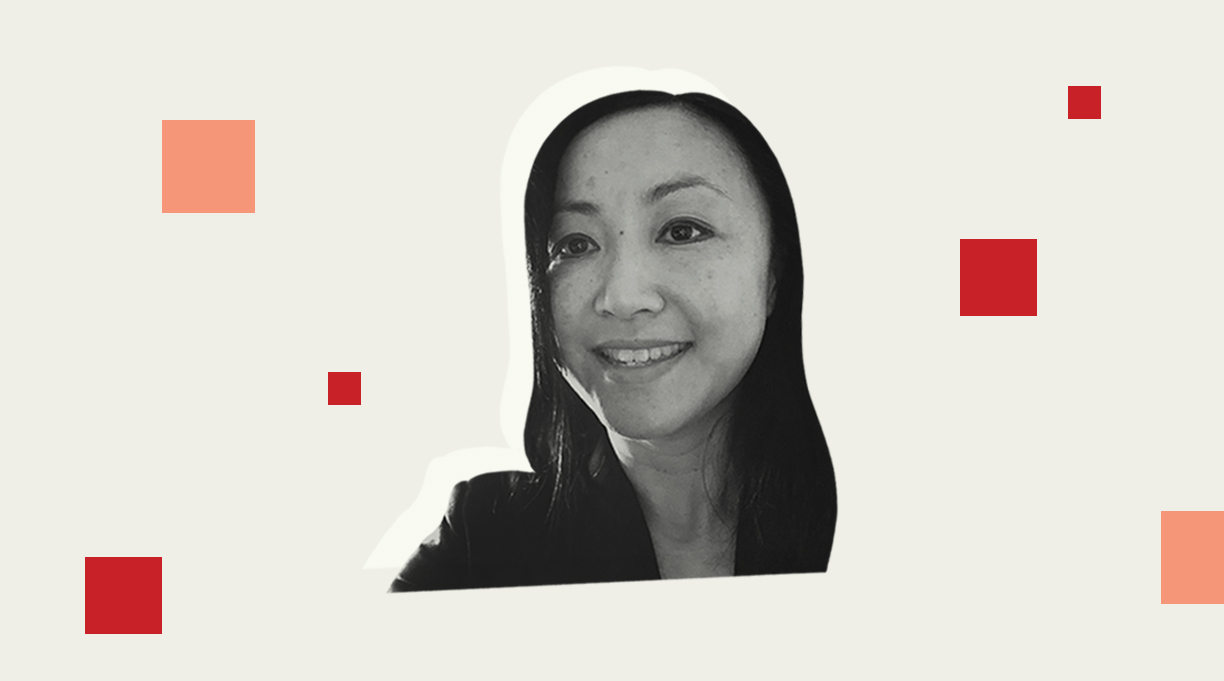 In 2013, having published more than a dozen short stories in literary journals, Margaret F. Chen figured her next step was to find an agent. Five years later, after sending out dozens of queries, she was “kind of disappointed,” as she puts it—she had received not a single reply.

“Maybe it was my letter-writing abilities?” wonders the 51-year-old author of Suburban Gothic, who lives in Rockville, Maryland.

She did manage to speak with one real-live agent through her low-residency MFA program at Lesley University in Cambridge, Massachusetts. “He was very encouraging but only wanted a novel.” Believing stories were her forte, she decided to try to self-publish, but her first attempts with that didn’t go smoothly either. “Two or three times I got started then found I just wasn’t comfortable with the way things were being handled. I’m thankful I was able to extricate myself.”

The next door that opened led to a “wonderful collaboration” resulting first in a chapbook called Three Terrible Tales, then a full collection, Suburban Gothic, which Kirkus, in a starred review, calls “tense, skillfully crafted, and illuminating tales of suburban desperation.”

Chen had been researching regional publishers when she stumbled on the fact that her favorite bookstore, Politics and Prose, in Washington, D.C., had a publishing arm called Opus, founded five years ago. She made an appointment to meet with its manager, Gareth Bentall. “I got along with him really, really well,” she says. “I realized that this is what I needed, a personal relationship. Once you meet the right people it takes so much worry off your mind.”

All the aspects of publishing that had seemed so overwhelming to Chen were simplified by the package Bentall offered, which includes a custom cover design and in-store and online placement for a year. No editorial services are provided; Bentall points customers to Reedsy for that. Chen was at the limit of her budget, so she did all the editorial work herself.

With Three Terrible Tales on the shelf, Chen felt ready to publish her collection. The 15 stories she selected for Suburban Gothic together convey a sense of unease; a character’s powerlessness or disappointment—over a kite stuck in a tree, an unfortunate haircut, a bratty child next door—shades into something darker, and the voices and presences of childhood cast shadows long and deep. In “The Man With the Cartier Watch,” a woman goes to a psychic who is full of depressing predictions: Her boyfriend is not “the one”; she should give up her desire to be an artist. She struggles to shrug off his influence but finds she can’t, because this negativity is so close to what her parents told her long ago.

Even the most upbeat story in the collection, “Multitudes,” in which a woman is helped by a stranger to get her car out of a ditch, ends with an emphasis on isolation and difference. After closely studying his face, his bright blue eyes, his “large, proud nose,” she realizes that “this man is from a vastly different world from hers....[She] knew they would never be great, close friends, in any deep sense...nor would they ever probably cross each other’s paths again.”

Born in Taipei and originally cared for by her grandparents, Chen joined her parents in the U.S. at age 3 and moved frequently between small towns and suburbs all over the country: West Virginia, North Carolina, Iowa, California, Minnesota, Virginia, and Maryland. Generalized versions of these places appear in the stories; no towns are mentioned by name. Chen says she has resisted putting her life directly on the page. For example, in “Native Plants,” a child raised by her grandparents comes from Malaysia, not Taipei. And in the many troubled sibling relationships depicted in the stories, the main character is sometimes the older, sometimes the younger.

“I don’t want it to be me,” she says, though conceded that she may someday deal with the racism and other difficulties of her childhood in nonfiction.

Upon publication of Suburban Gothic, Chen was eager for critical feedback, something more than she might get from literary bloggers. Kirkus, to her, was like Politics and Prose—respected and well known. But as with publication, cost was a concern. “I waited until there was a sale!” she confesses.“I missed one and had to wait even longer!

“When I got an email saying my review was ready, I went on the site and read it and was very happy,” she remembers. “Then I saw the star. I didn’t know what it meant. I literally had to Google to find out. Then I realized I was having one of the best days of my life.”

“I believe this is our first starred Kirkus Review!” says Bentall. “I’m really interested to see where Margaret goes from here.”

So is our reviewer, who urges readers to “look forward to more books from Chen.”

Marion Winik is the author of The Big Book of The Dead.