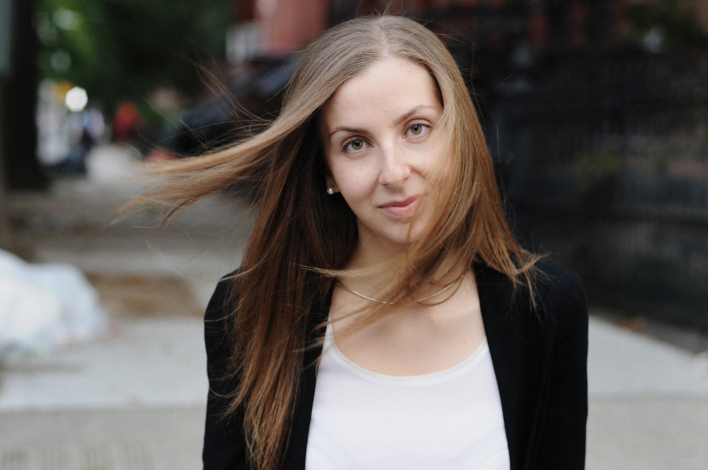 Maria Konnikova wasn’t born yesterday. She’s a successful journalist with a Ph.D. in psychology from Columbia University and the author of 2013’s Mastermind: How to Think Like Sherlock Holmes, a New York Times bestseller. And yet, while watching the David Mamet film House of Games with her husband, she found herself identifying with a character who becomes the mark in a big-time con.

“Here’s a woman who’s kind of like me—she’s intelligent, skeptical, savvy,” Konnikova says. “She has everything that would enable her not to fall for the con, but she does, and that got me thinking, Why does this happen? There are lots of stories of one-time cons or the con artist, but has anyone ever explored the underlying principles and why, basically, no one is immune? I couldn’t find that book, which is why I decided to write it.”

In The Confidence Game, Konnikova plumbs the depths of deception, from shell games to Ponzi schemes, to discover what creates cons and makes marks. Through vigorous research and dozens of interviews, she offers a lively mix of psychology, sociology, history, and testimony to illustrate the arc of the con—and, as the subtitle of her new book declares, “Why We Fall for It...Every Time.”

“We want to believe,” Konnikova writes. “Believe that things make sense. That an action leads to a result. That things don’t just happen willy-nilly no matter what we do but rather for a reason. That what we do makes a difference, however small. That we ourselves matter. That there is a grand story, a higher method to the seeming madness. And in the heart of that desire, we easily become blind.”

Fraudster Ferdinand Waldo Demara banked on that truism. Readers meet “The Great Impostor” on Page 1 of The Confidence Game, posing as Dr. Joseph Cyr, a surgeon lieutenant in the Royal Canadian Navy during the Korean War. When Dr. Cyr/Demara performs at-sea surgery on 19 grievously injured Korean sailors, he’s praised as a hero—until the navy discovers his alarming lack of military and medical credentials.

“The impostors, like Demara, [show] up where they are needed, in the guise they are most needed: a qualified doctor volunteering for the navy when there is a severe shortage of physicians; a prison warden eager to take on the most difficult inmates where no one wants to step in,” she writes. “The Ponzi schemer who arrives with the perfect investment at a time where money is short and the markets shaky....And, long before any of these are born, the religious leader who promises hope and salvation when everything seems to have hit a low point, who swears that, somewhere, sometime, the world will be just.”

In the course of his long, ignominious career, Demara dupes military officers, university presidents, government officials—even his own biographer. And the likelihood that these are intelligent, skeptical, and savvy people doesn’t insulate them from the con. In fact, a 2014 survey by two Oxford psychologists suggests a direct relationship between intelligence and a tendency to trust. Moreover, Konnikova states, once duped, we’re unlikely to admit it—even to ourselves.

“Con artists are all repeat offenders because the end result is that most people don’t ever report them,” she says. “One of the things that really fascinated me was all of these stories of people who refuse to admit it even after they have all the evidence in front of them.”

The Confidence Game breaks down the mechanism of the con into easily identifiable parts, each with its own colorful illustrations and slang. The “put-up” occurs when the con artist identifies a desirable mark; in “the play,” they earn their trust. In “the touch,” they take the money, and “the blow-off” is a technique to get rid of a mark after he’s been taken. These gambits apply to storefront psychics as well as the Bernie Madoffs of the world.

“Understanding that this is how it works will arm you,” Konnikova says. “If you are aware of some of these tactics, you’ll at least be less susceptible, and maybe you won’t fall for some of the common techniques. Maybe you will still fall for it, but you’ll actually report the con artist, or you’ll get out when you’ve only lost a little bit. The hope is that it will give you some sort of meta-awareness of what’s going on.”

Be aware that con artists thrive in times of fast change—during revolutions, wars, crazes, crashes, rushes, and upheaval—and be aware of your own susceptibility. People who are feeling isolated, lonely, heartbroken, or otherwise emotionally vulnerable make prime marks.

“It would be wonderful if the members of AARP all read the book,” Konnikova says. “Some of the people I spoke to had really devastating and terrible stories. People broke down crying. [One said], ‘I tried to commit suicide because my entire life is gone.’ I would really love to have some sort of an impact in that area, for people to learn enough that at least some of those cases might be avoided.”

In researching The Confidence Game, Konnikova was able to avoid being conned at least a couple of times: one source tried to coerce her into slandering an acquaintance, who he claimed was the real con artist, as part of a vendetta. Another con artist subject, Matthew Brown, is suspected of contacting her under several aliases to corroborate his stories.

“Right now my guard is obviously up, because I’ve been working on this book, so I knew what to question when I was researching,” she says. “But who knows, in a year, two years, three years, 10 years? Being skeptical of everyone is not the normal state to be in, nor should it be, I think. It’s not a very nice way to live. So I’ve lost a lot of faith in humanity, but I don’t want to.”

There is one thing that might help restore it: if readers use what they learn from The Confidence Game for good.

“If you’re not trying to con someone but trying to persuade someone of a good cause, to get people to donate money to charities, things like that, you actually can use a lot of those principles for good,” Konnikova says. “It’s a thin line—it’s easy to use them for ill—but I hope that understanding can also help good people do good things.

“And by the way, at the end of this conversation, I have a great business opportunity for you... ” she adds.