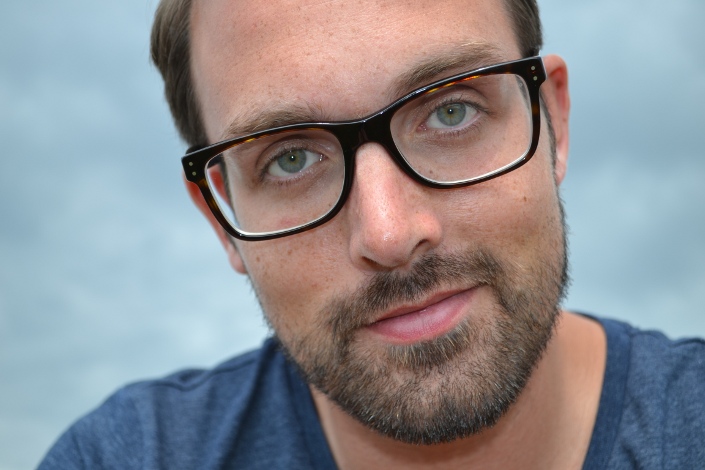 Off the southwest coast of Scotland, there’s a small island called the Isle of Arran. It’s often referred to as Scotland in miniature. “All the cliché stuff you expect to find here is all on this wee island,” Martin Stewart explains. It’s home to mountains and beaches, golden eagles and majestic stags, a golf course and a whiskey distillery—even a castle.

Stewart can see Arran from his home, but he also has a long history with the island. In World War II, his grandmother was evacuated from Glasgow to Whiting Bay, on the Isle of Arran. It remained a special place for his family, and he spent summers there as a boy. “It’s basically where my imagination lives,” he says.

Arran served as inspiration for the town of Hill Ford, the setting of Stewart’s novel The Sacrifice Box. The book follows Sep Hope as strange things begin to happen in the town that may or may not have to do with the sacrifices he and four others made to a stone box in the woods. Stewart’s elevator pitch is that the novel is about what would happen if the characters of The Breakfast Club “all lost touch completely and then had to reunite four years later to fight the gremlins.”

Fittingly, the bulk of the book is set in the 1980s, specifically 1986, the year of the Chernobyl disaster and Halley’s comet, but the novel is far from a straightforward period piece—even aside from the murderous teddy bear. “If there can be a logical context for a homicidal teddy bear, that was probably it,” he says.

“In my head, the setting is a British town in the ’80s viewed through the prism of an American ’80s movie,” Stewart adds. He wanted to draw on the Americana of movies like ET and Sixteen Candleswhile maintaining a Scottish flavor. The kids ride around town without their parents questioning where they are, but Sep (short for September) works in a chip shop that serves haggis suppers.

That sense of balance was central to every aspect of the novel, which walks a tightrope between horror and comedy. “It had to be funny and scary, it had to be unnerving and also thrilling, emotional and adventurous,” Stewart says. By focusing on the friendships and camaraderie between the characters, he keeps the often very dark story from becoming too depressing.

Before Stewart developed the story, though, he just had the phrase “sacrifice box.” He kept a list of words he liked (which also included “snow” and “egg”), and “sacrifice” and “box” seemed to fit together. “It was just threatening enough and just mysterious enough that I thought that would be a really good title,” he says, “and then I had to work backward and figure out what the hell a sacrifice box would be.”

Stewart describes that writing process as interrogating the story to figure out what it needed to be. He quotes Steinbeck’s opening to Cannery Row, where he cites a species of flatworm that can’t be collected without being destroyed. Instead, you have to encourage them to crawl onto a knife blade of their own will: “And perhaps that might be the way to write this book—to open the page and let the stories crawl in by themselves.”

“I’m not necessarily sure Steinbeck was thinking of the homicidal teddy bear thing when he wrote that and then won the Nobel Prize and things,” Stewart says, “but it’s my guiding principle now.”

Alex Heimbach is a writer and editor living in California.