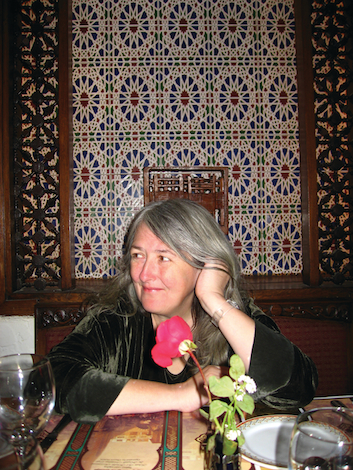 Thinking of writing a popular history of ancient Rome? Mary Beard cautions against beginning too early—or too late.

“You could never write a history of Rome when you’re 25,” says Beard. “There’s too much to know, really. If you leave it till after 65, it’s too late. You might not finish it.”

At 60, Beard is “Britain’s best-known classicist,” according to The Guardian, professor at the Cambridge University, television personality, and author of the popular blog “A Don’s Life” and more than one dozen books.

“I’d written this book on Pompeii, which I’d really enjoyed doing, and [my UK publisher] said, Why don’t you write a history of Rome?” she recalls. “I thought, to start with, Oh god, I couldn’t do that—really, that’s a bit arrogant. Then I thought, Oh, for heaven’s sake, I’ve taught this stuff for 40 years. I’ve got all sorts of things I want to say about it, and if I leave it any longer, I might not live. By the time you get to 60, you don’t put projects off, you know?”

That publisher supplied a perfect title, too: S.P.Q.R. The acronym derives from Senatus Populus Que Romanus or “The Senate and People of Rome,” has symbolized Rome for over two millennia, and still adorns the manhole covers of the modern city.

“It’s a four-letter summing up of a whole political culture,” Beard says. “No one’s bettered it, it’s probably the longest-lived acronym in the whole world, and if it has gone out of popular favor I’m hoping to bring it back.”

She just might—as the four-letter summation of a brilliant academic career. S.P.Q.R. covers Rome from creation myth (i.e., Romulus and Remus) to 212 CE, when emperor Caracella conferred Roman citizenship on all free republicans. It is lively, companionable, educational, and expansive, ably addressing “the question of how a tiny and very unremarkable little village in central Italy became so dominant a power over so much territory in three continents.”

Beard’s approach is interrogative and egalitarian. (If Beard wore a signet ring, à la Augustus Caesar, she says, it would blazon a question mark.) S.P.Q.R.’s many questions, found near the start of each chapter, address the lives of not just emperors and senators, but also the hoi polloi.

“How was a Roman governor expected to behave in the provinces? How was his job defined? What voice were the provincial populations to have, particularly in seeking redress against misrule? And what was to count as misrule?” Beard writes in “Chapter Seven: From Empire to Emperors.”

“How long did Romans expect to live? At what age did people get married? What rights did women have? Where did the money come from to support the lavish lifestyles of the rich and privileged? And what about the slaves?” she writes in “Chapter Eight: The Home Front.”

In answering these questions, Beard clearly aims to demarcate interpretation and fact. “There’s a difference between getting it right and not getting it wrong,” she says. “I really wanted [a history] people can rely on, and to be very clear when it is my opinion, my answer. I want people to feel that they’re in a safe pair of hands, that they can disagree with me—and it’s very clear how they may disagree with me—but the bottom line is you’re being taken around Rome by a woman you can trust.”

This is accomplished, in part, by the careful correction of certain misconceptions: how much we can know about the lives of the lower classes; how bestial and despicable Gaius Julius Caesar Augustus Germanicus, aka Caligula, really was.

“Modern historians often lament how little we can know about some aspects of the ancient world. ‘Just think of what we don’t know about the lives of the poor,’ they complain, ‘or of the perspectives of women.’ This is as anachronistic as it is deceptive,” Beard writes.

And, regarding Caligula: “It is hard to resist the conclusion that, whatever kernel of truth they might have, the stories told about him are an inextricable mixture of fact, exaggeration, willful misinterpretation and outright invention—largely constructed after his death, and largely for the benefit of the new emperor, Claudius, whose legitimacy on the throne depended partly on the idea that his predecessor had been rightly eliminated.”

It’s a truism Beard might not have caught at age 25—one that took due time to learn.

“It takes you a very long time, I think, when you start doing Roman history, before the penny drops that, when an emperor got assassinated, he always had a terrible, terrible reputation,” she says. “You first think, gosh, he must have been a real monster, and that’s why he was assassinated. Eventually you see, well, that might be the case, but it’s absolutely impossible to distinguish precisely the reverse: that once he was assassinated, the interest of the regime that replaced him was out to make him a monster. That bit of quite simple—but at the same time quite difficult—logic is one that is really important in Roman history. Your successors control how you are portrayed.”