The World’s Ending. But First, a Mystery to Solve 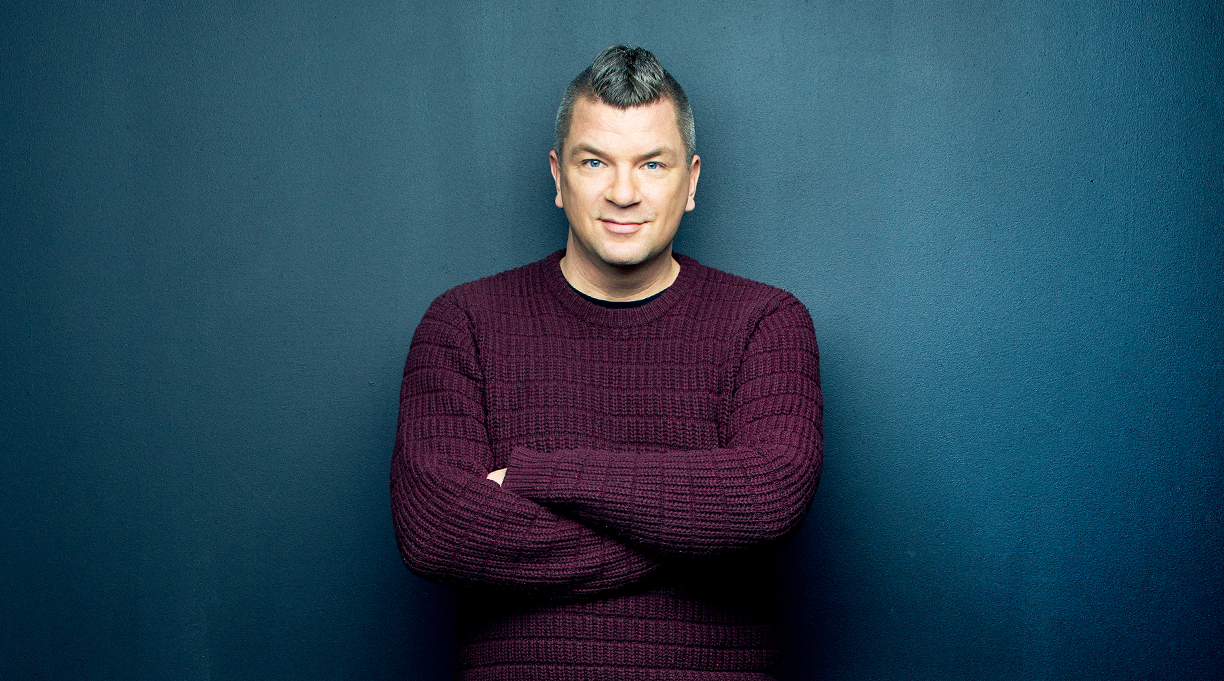 International bestselling horror author Mats Strandberg returns to YA with The End (Arctis Books, Oct. 6), a pre-apocalyptic mystery translated by Judith Kiros that has been optioned for television. It follows a small group of Swedish teens in the weeks before all life on Earth will be destroyed by a comet. Simon’s mothers have split up, but they move back in together so they can see him as much as possible. Simon desperately longs for his ex-girlfriend, Tilda; formerly a disciplined overachiever, she wants to break all the rules while she can. When Tilda is killed, Simon and Lucinda, who was Tilda’s best friend, team up to investigate. Strandberg spoke with me in English from his home in Stockholm, Sweden; the conversation has been edited for length and clarity.

As someone who writes for all ages, did you plan to write another YA?

It’s more where the story takes me: I wanted to deal with all these big issues. [What] if I had teenage main characters? Your first love is such a big thing—you’re never going to forget it—so what happens if it’s also your last big love, literally till death do you part? I thought about how when I was 17, I felt the most grown up I’ve ever felt, much more grown up than I do now. But also I had these moments when life was really harsh—I wanted to be a kid again, just run home to mom. That age was so interesting in this scenario: What do you want to do on your final day? Do you want to be with your parents or your friends? Drugs don’t have any real long-term effects, sex can’t lead to real pregnancies or STDs, no one can force you to go to school…what’s going to happen?

This was my way of dealing with my anxiety about climate change, basically my own therapy. There’s this scene where they’re talking about why didn’t we do more, why didn’t we protest? And since the book came out [in Sweden in 2018], Greta Thunberg became that hero. Part of why I made it a comet was that [climate change] is hard to write as a story because it’s so multilayered and complex; I wanted something simple and not abstract. It was hard to find the dramaturgy in the climate issue, but when Greta came along, it was like, wow, OK, we needed a teenage girl to stand up to the forces of evil and save the world. Finally, we have a good story.

The book is wonderfully diverse, from the characters’ identities to the subject matter.

I wanted to reflect what a group of Swedish teenagers can look like today [and] give the characters a lot of opportunities for different perspectives. I tried to use beta readers for a lot of different issues. For instance, Simon is a mixed-race character. I was inspired by my goddaughter, who is mixed; her father is from Dominica [like one of Simon’s mothers]. Judith Kiros is a Black Swedish poet and critic who is also a strong political voice. I admire her very much, plus she knows the genre very well. I asked her to be a beta reader—being Black or mixed is obviously not a lived experience for me, so I wanted to make sure I didn’t make any mistakes, no matter how well-meaning, in that aspect of my portrayal of Simon.

It was fun to do research because I could talk to so many smart people, but at the same time, no one really knows what would happen in this scenario, so I also felt really free. One of the most interesting people I interviewed was from the Swedish Civil Contingencies Agency. When I asked them what would the biggest hurdle be, I expected [it would be] to get enough food or take care of the trash, but they were like, no, it’s going to be reaching out with the right information in this total mayhem of conspiracy theories. So I did have a lot of fun with that, but I was wondering if I was exaggerating too much. Then Covid happened and you see all these crazy stories. The only thing I think I missed was that toilet paper became this big thing.

I loved how Lucinda was so different from the stereotypical terminally ill teenager in YA fiction.

I think that trope is very toxic and dangerous, and it really makes me angry—that tragic Manic Pixie Dream Girl who’s quirkily dying. I thought it was such an interesting perspective on the end of the world to have someone who had a much longer time to come to terms with her own death and had not wanted to be the “brave cancer girl.” When the news about the comet breaks, she decides to quit the medicines and treatments that are the reason she is feeling so sick. While all the other characters are afraid of dying, she’s almost afraid of living. I was sort of “anti-inspired” by the books that you mention—but she was also based on a friend of mine who was born with defective lungs. She was always told, you’re never going to make it past 20, and then medicine caught up and she could have a double lung transplant. She was always living for the moment, so to speak. We had a lot of interesting conversations about what it is [like] to be “the sick girl.”

I loved the creative blend of genres.

I definitely didn’t want to have a mystery [at first]; I was very reluctant when I realized that the story actually does need a motor. I wanted to write about what happens to everyday life and regular people, but then I needed something to give the characters a reason to get out of bed in the morning. It gives them an obsession they can focus on instead of this huge, unimaginable extinction of mankind. I also realized that if I had a mystery, I could tie that to all of these big questions but make them really concrete and palpable: What is life worth in the big scheme of things? Does it matter if one person dies when everyone is going to? And what happens to our sense of justice if there is no time for police work, even less for trials and a jail sentence?

Did writing this affect your own life and priorities?

It became very much a book about the meaning of life instead of death. I thought a lot about when my mother passed away five years ago. So much happened to my friendships; everyone understands that it’s a huge cataclysmic event, so all of a sudden you notice how everyday conversations take on different layers and become so much deeper. So that’s what I imagined: If the world stops for a while and we shut down all of this white noise we have in our heads—planning and hoping and being afraid of the future—then we’re forced to live in the now, which is a cliche, but still, that is the goal. We would have to be honest with each other, and relationships would become so much more truthful.