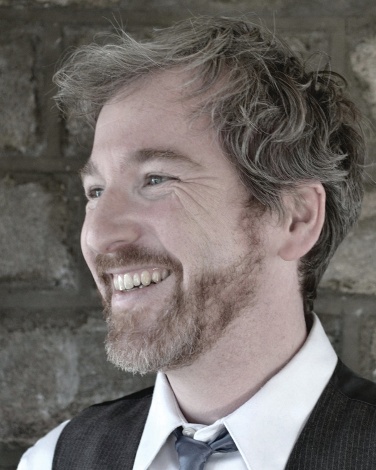 Matt Phelan was constructing an epic battle among toy knights when his 4-year-old son, Jasper, got bored, grabbed a T-Rex, and trounced his father’s evenly lined battalions. Lances and horses flew everywhere.

“And I thought...that’s good!” Phelan tells Kirkus by phone from his Pennsylvania home. “Knights fighting dinosaurs! That’s kind of fun. Has anyone done that before?”

A googling revealed they had not—at least, not in the manner of a Scott O’Dell Award–winning graphic novelist who’s keen on innovation and adventure. Phelan had recently finished the 2016 New York Times bestseller Snow White: A Graphic Novel and was casting around for a new project, something he’d never attempted before. An uproarious illustrated Arthurian adventure for middle-grade readers fit the bill.

“I like the origin story,” Phelan says of Knights vs. Dinosaurs, “because it comes from fun—literally, from play—which is what I was interested in as a follow-up to Snow White,” a more realistic take on the famous fairy tale, set in gritty 1920s New York City, “which was, you know, not a laugh riot.”

Knights vs. Dinosaurs is rightly the story of Sir Erec, a Knight of the Round Table who’s less brave than Lancelot, less noble than Galahad, but still an all-around pretty good guy, if slightly prone to invention.

“When Sir Erec thought the whole thing over, he supposed he shouldn’t have said he’d slain forty dragons,” Phelan writes. “Four might have been more realistic. He also shouldn’t have boasted in front of Merlin, the one person in court smart enough to know that fierce dragons were—more or less—a flagon of hooey.”

Caught fabulating by Merlin during a courtly version of show and tell (“Sharing Time”), Sir Erec is destined to learn his lesson after being transported to prehistory, via enchanted cave, along with compatriots/competitors Sir Bors (a bit of one), Sir Hector (a bookish one), the Black Knight (total badass), and Sir Bors’ squire, Mel. They soon encounter Terrible Lizards with little on their minds.

“They’re basically Ray Harryhausen dinosaurs, the dinosaurs from the original King Kong,” Phelan says. “They come around and they all just want to chomp you. They’re all out to get you. I didn’t want to have one of the dinosaurs befriend Mel or something like that,” he says.

But de-emphasizing the Terrible Lizards’ inner worlds had the jolly effect of enriching the knights’. “What happened was I became very very much interested in the characters, how they interact with each other and their relationships with each other—more so than the dinosaur stuff,” Phelan says. “It became a book about the knights, which I think was the best way to approach it. I’d really started loving the characters, thinking how I could play this person against this person, which is the great thing about having an ensemble cast.”

What’s great about Knights vs. Dinosaurs are Phelan’s action-filled brush-and-ink illustrations and side-splitting dialogue between knights (a personal favorite is “we seem to be experiencing the summer months,” a typically English understatement, from a knight wearing full armor in a jungle). The book is “epic—in plot, not length—and as wise and wonderful as Gerald Morris’ Arthurian exploits,” our reviewer writes.

“Comedy and adventure have always been a great combination,” Phelan says with a shoutout to T.H. White’s The Once and Future King. “I wanted to write a book that was escapist fun but also had real characters, and it was a pleasure to sit down and do it.”

Knights vs. Dinosaurs received a starred review in the July 15, 2018, issue.