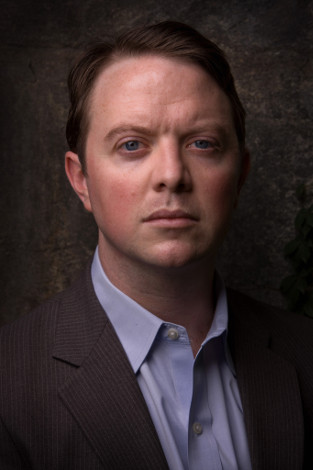 Shortly before Kirkus caught up with him recently in San Francisco, Matthew Quirk found himself and his wife strangely locked in a parking garage along with a few other folks. Knowing how much time her husband had spent hanging out with computer hackers and other assorted ne'er-do-wells researching his new thriller The Directive, Quirk's devoted spouse slyly turned to her husband and quietly asked, "Can you do something with this lock?"

The locked parking lot gate may have been beyond the award-winning writer's capabilities, but that didn't mean that Quirk's gritty alter-ego Mike Ford—protagonist of both his debut novel The 500 and The Directive, hadn’t started rubbing off on him. "One of the other people and I figured out that we could lift up the gate and open it at the other side," Quirk says. "It was one of these moments when the sort of thinking you use in the imagination of a book came in handy in real life."

There are parallels between character and creator: Both Ford and Quirk are Harvard-educated and subsequently landed plum jobs in the nation’s capital working for prestigious outfits. In Quirk’s books, the fictional Ford ends up working for one of Washington, D.C.'s most powerful consulting firms. In real life, the author secured a job writing for The Atlantic. Quirk spent five years at the magazine reporting on international action and intrigue before being shown the door when the economy tanked in '08.

Quirk had a novel languishing in his top drawer that his journalistic colleagues had already read and given the thumbs up to. "That surprised me," Quirk says. "When I went to The Atlantic, I was surrounded by these guys that were coming back from war zones and they would tell the most amazing stories. I have a pretty interesting life, but I'm not racing motorcycles on the weekends, and I'm not living a thriller."

Getting canned became the perfect opportunity for Quirk to polish his action-packed tome into publish-worthy manuscript. Soon after, he was being favorably compared to the likes of John Grisham and thinking about turning Mike Ford into a franchise player à la Jack Ryan.

Quirk is riding so high with the release of The Directive that he's already onto the third installment of Mike Ford's ongoing adventures and isn’t concerning himself with any possible talk of a “sophomore jinx.”

"I had a friend tell me—and he might have been lying through his teeth—that the third book is the hardest," Quirk says. "I'm not thinking too much about it. With the first book, I was under a lot of pressure because I only had a certain amount of time to write. And with the second book, I was under a different kind of pressure because I wanted to keep the story going."

Being a crackerjack reporter has helped. Not only have years of facing stone-cold deadlines and working under ruthless editors fond of telling their writers to "kill your darlings” engendered Quirk with a certain discipline towards writing, it's also made it a whole lot easier tracking down the kinds of sources qualified to inform Mike Ford’s chaotic world.

"It's just knowing how to find people who will answer questions," Quirk says. "And I had some weird questions for The Directive. Like 'How do you break into a bank? Or a trade desk? How do you manipulate markets?' It was really a lot fun to find hackers and other people who break into companies."

What Quirk has also found out in his research is that opposed to the high-octane nature of the thrillers he writes, the real world of corporate heists is "more like a confidence scheme than guys in dark masks and grappling hooks.

"Thieving and stealing money from people is incredibly seedy,” he says. “I try to show the reality of that—but also keep some of the fun of a great heist book." The Directive’s returning hero has a dark side and is prone to temptation, but he remains "fundamentally a good guy,” Quirk insists. "I've taken Mike into darker corners of his past, but he always tries to do the right thing," the author says.

As much as he enjoys Mike Ford's world, Quirk isn't ready to give the character and his questionable ways complete entry into his real life—even if sometimes circumventing the lock on a parking garage gate seems like the appropriate thing to do. "It's pretty rare where you're doing the right thing by taking a door off of its hinges," Quirk says.

Joe Maniscalco is a writer living in Brooklyn.