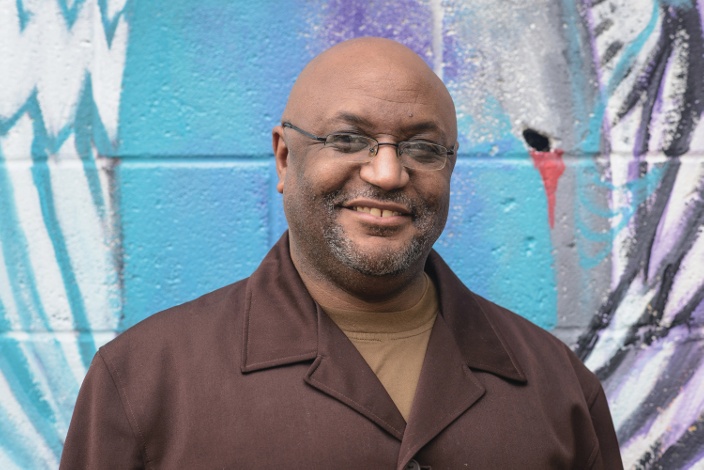 Fantasy and horror writer Maurice Broaddus didn’t intend to join the rare ranks of black male teachers. But when he was summoned to his son’s Indiana school over some of the boy’s antics, he made such an impression that he was essentially hired on the spot. He didn’t realize he was interviewing for the job; after he discussed his son’s behavior with the principal, he told the principal, “I love teaching, I have a background in science, and a good career in creative writing.”

Black male teachers are as hard to find as unicorns, the principal told him, but male teachers passionate about the educational trajectory of black youth are even more difficult to find. Now in his third year as a middle school teacher, Broaddus draws on that unique perspective in his first middle-grade novel, The Usual Suspects.

Pitched as Encyclopedia Brown meets The Wire, The Usual Suspects starspranksters Thelonius Mitchell and Nehemiah Caldwell as the eponymous persons of interest after a gun is discovered at Persons Crossing Public Academy. Despite the subject matter, the result is a fun-filled, refreshing page-turner that balances mature themes—like the threat of violence and how schools often underestimate or stereotype black students instead of offering support—with good-natured humor.

Broaddus draws deep inspiration from his sons. Like the novel’s tough-as-nails Marcel, the female antagonist and sinister ringleader, Broaddus’ older son has a keen business sense. And Nehemiah, who is bound up in the trouble connected to the missing gun, is based on his youngest son. “My youngest son is the usual suspect—and my job is to survive the experience of raising him. I’m not trying to change him, though. He’s a smart kid like Nehemiah is a smart kid, he just doesn’t function well in the systems people try to force him into.”

That’s why Broaddus says he “quietly celebrates mischief” and students like his son. These students often bring a myriad of burdens to schools where they are subject to what Broaddus calls the “spider syndrome”—they are swatted away by adults who don’t understand their home lives. But these are the very students that need support to become great, Broaddus says. “I’m perfectly fine with their rebellion because, look, my son is hardheaded and he’s his own person. He will walk through this world on his own terms. And it’s people like him who change the world.”

Most teachers and administrators in schools view “the usual suspects” in their midst differently. They brim, instead, with “people who just don’t believe in us and they give up on us,” Broaddus says. “When I look at the students, I want them to know, ‘I see you. I know you.’ So many of these kids aren’t seen, aren’t known, aren’t loved.”

The Resource Room, the place Broaddus offers extra support or just a quiet workspace for his students at his school, makes an appearance in the book as the Scream Room, a place where those students who, as Thelonius says, are “warehoused” in special ed often conspire among themselves to get in trouble once the teachers have written them off. That room in reality and in the book is a place where oft-shunned youth find their belonging and community.

Broaddus wishes he could have read The Usual Suspects when he was the age of Thelonius, Marcel, and Nehemiah so that he would know he wasn’t alone. “Right now, writers and artists like me are in a position where we get to do our art and let people coming up behind us know that they’re not alone,” he says. “Every time I sit down to write, I think, ‘What is the story I wish I could have read coming up? What are the stories I wish I could have read?’ I’ll never run out of ideas about what they want to read.”

Joshunda Sanders’ debut picture book, I Can Write the World, will be released in June.