Michelle Zauner: Love, Loss, and What She Cooked 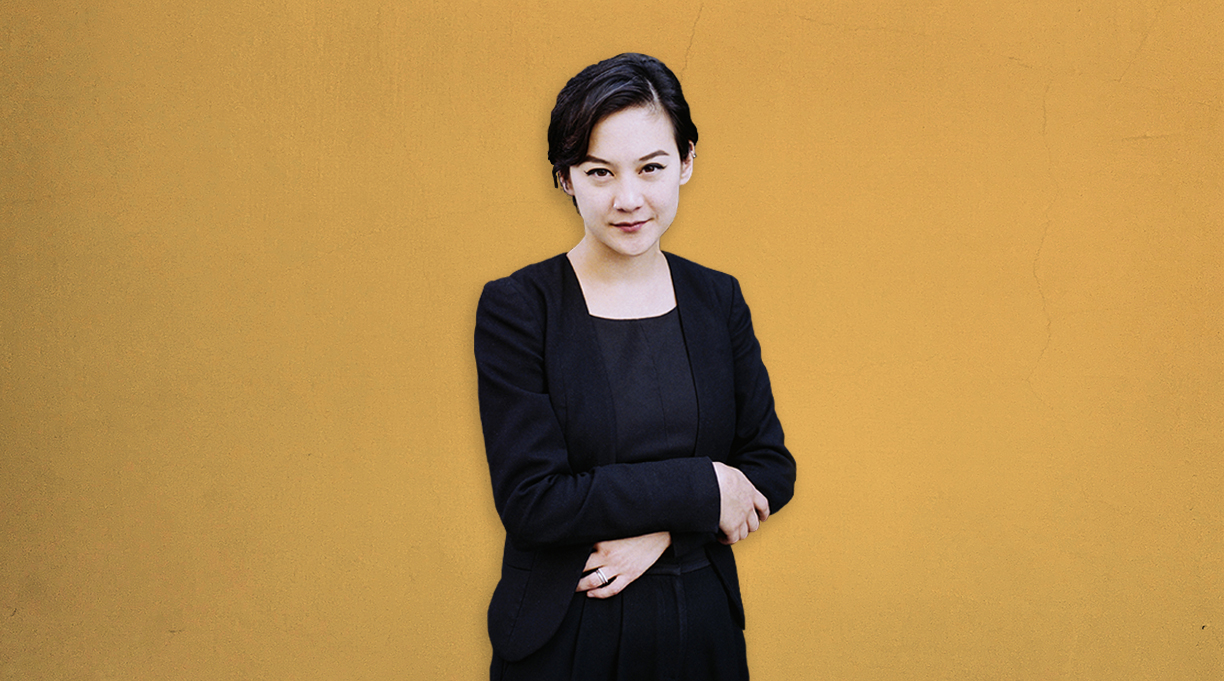 Don’t read Crying in H Mart (Knopf, April 20) on an empty stomach. In this memoir, mouthwatering descriptions of savory Korean noodles, burbling stews, and the crisp crunch of peppers are Michelle Zauner’s surest route to remembering her late mother and forging her own ties to her Korean heritage. As our starred review says, the biracial Korean American indie rocker known as Japanese Breakfast “frames her story amid the aisles of H Mart, a place many Asian Americans will recognize, a setting that allows the author to situate her personal story as part of a broader conversation about diasporic culture, a powerful force that eludes ownership.” I spoke with Zauner over Zoom from her home in Brooklyn, New York; the conversation has been edited for length and clarity.

Did you always know that Korean food was going to be your lens for this story?

When it first started, I was just writing an essay [that later went on to win Glamour’s 2016 essay contest]. I just very naturally gravitated toward cooking. The first step was when I cooked doenjang jjigae for my aunt and cousin [after my mother’s funeral]. They had been crying all day the day before, and I felt they were moved by [my] cooking this grounding meal, the first thing I’d ever cooked for them. Then I found Maangchi [and her Korean cooking videos on YouTube], and I just wanted to learn more. I felt like I was running to preserve this thing that was slipping away from me after my mother’s death.

Did you have an ideal reader in mind as you were writing?

My ideal reader is me. I had an authentic sense of urgency to investigate what I was feeling. In my mind, I thought it was a niche story that no one would be able to relate to. Then, after [the publication of my first two essays about Korean cooking and loss], I was blown away by the other biracial Korean Americans who had also lost their moms and found Maangchi as a kind of guardian. One of my greatest fears was having Korean Americans feel like I was pandering to a White audience. I didn’t want to let down Asian American readers, who are very smart and very critical. I also wanted to warn people about what dying actually looks like. I had felt so unprepared for the experience of caretaking [for my mother] and cancer and death. I felt like I’d never read what it looks like in horrifying detail to watch someone go through this.

You didn’t shy away from the off-putting details, from the gruesomeness of death to your own ugliest feelings.

The moments that I love in books are when an author reveals something very shameful and ugly. The richer a character is, if you see these flawed and ugly parts of them, that’s more honest. I think everybody feels [shame about our innermost thoughts], but we’re too afraid to admit it sometimes. I was particularly nervous about tarnishing my mother’s memory. I was nervous about writing about bodily fluids and that kind of thing at my mother’s expense. I was mortified writing some of those passages, but I thought that could be a good thing.

Your work—your prose and your music—reflects the skill of a thoughtful storyteller. Who have been your influences over the years?

Daniel Torday, my professor at Bryn Mawr College, really changed the way that I read and write. I never thought I would write nonfiction. It felt like my experiences were too complicated to just dive into a story. I thought I’d have to have all this pretext of my mother is Asian, my father is Caucasian, and I could never just be a neutral character. Writers like Philip Roth, Marilynne Robinson, Annie Proulx—gritty, whip-smart writers writing about these rugged, blue-collar people—that was what felt literary to me. That’s what I wanted to do with my writing. I’ve since read a lot more Asian American writers. I love Jenny Zhang’s Sour Heart. I love Alexander Chee, Jia Tolentino, Cathy Park Hong, Chang-rae Lee. We’re getting a real wealth of stories from Asian Americans. It’s really exciting.

In Crying in H Mart, you end up claiming your Korean heritage, your “birthright,” as you call it, with your own agency. You don’t wait for anyone’s approval.

Going to Korea every other summer was a huge part of my life, and I did spend a good amount of time there. It was very formative for me. I have a lot of people in my life who have said beautiful things—that I’m not half Korean and half American, I’m full Korean and full American. I actually think that being half and not quite belonging anywhere is a huge part of my identity. I will never fully belong anywhere, but I feel the greatest sense of belonging in this space that I have created for myself. I think before identifying as an American or a Korean, I identify as an artist.

How did that identity lead you to the ending of your book?

I was initially hesitant to talk about my relationship to music because the book is so centered around food, and I felt like that’s what people wanted from me. I also felt, I’m not Patti Smith, I’m not Mick Jagger. This is not a book about how I came to be this musician. I’m not someone who’s there in my career. This is a mother-daughter story. Then I came to the realization that a big part of my life was the contention and misunderstanding between my mother and me. A big reason why we drifted apart was because I felt so much like a creative person, and my mother was trying to protect me from a certain type of lifestyle. Then I cautiously stepped toward this beautiful, serendipitous, full-circle moment where [throughout] my whole life my mom couldn’t wrap her head around [music] ever working out for me. And then after she passed away, it did. It’s very bittersweet that she never got to see me become successful on my own terms. It feels in some way that she was looking out for me and that it couldn’t have happened any other way. It is a strange, very true story.

You have an album about joy, Jubilee, coming out two months after Crying in H Mart, this book about grief. What does it feel like to have these two parts of you entering the world at the same time?

It feels wild. It was not supposed to be like this. Jubilee was supposed to come out last summer, but we pushed it because of the pandemic. There was supposed to be way more space between them. In some ways, I’m glad. They really worked off of each other. I wrote Jubilee in the winter of 2020 between drafts [of Crying in H Mart]. I wanted to make a record about something new, and enough time had passed that this experience wasn’t as raw for me. It also helped that I’d spent three to four years writing everything about that process. Purging that whole experience made way for me to write about something else. Even though Jubilee is about joy, it’s also about struggling to feel joy or about learning how to sustain or preserve joy. In the same way, Crying in H Mart can be a very ugly, intense book, but there’s a lot of joy in it, too. I think that’s the human experience—you need to feel both.

Hannah Bae is a Korean American writer, journalist, and illustrator and winner of a Rona Jaffe Foundation Writer’s Award.