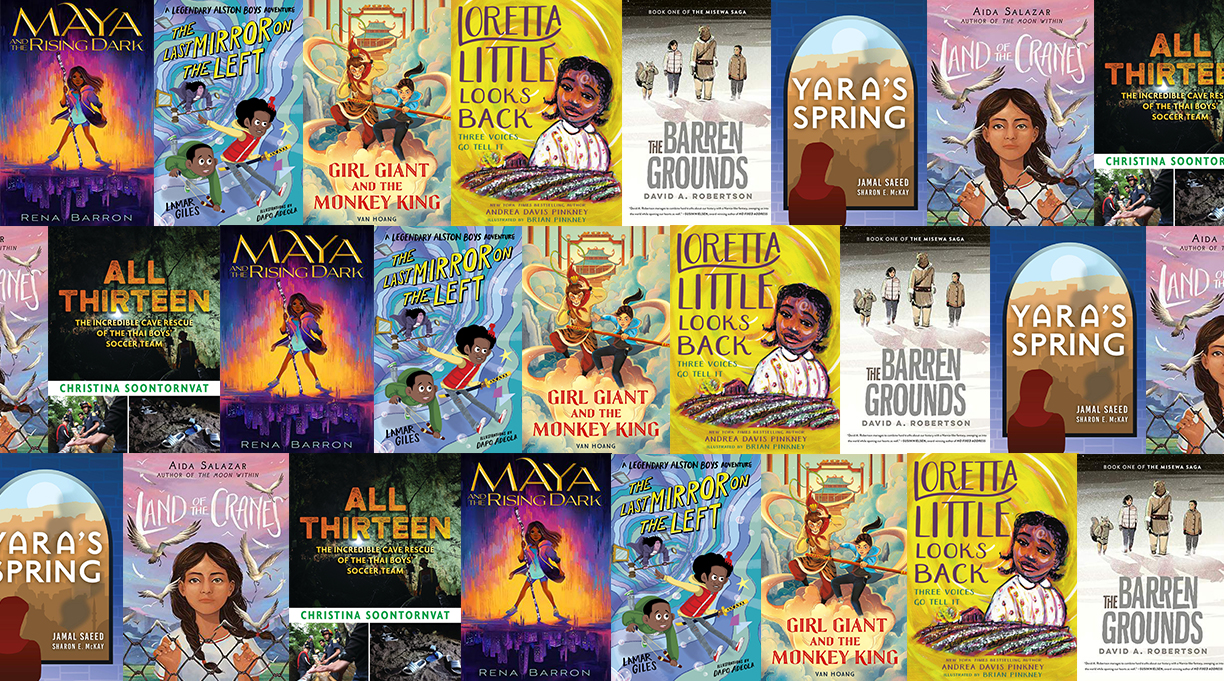 As I write this on a hot and steamy summer’s day, the idea of trading punishing humidity for crisp autumn air sounds pretty good. But looking forward to this fall seems way more fraught than in years past, when children could reliably count on going back to school, fall sports, and seasonal fun.

This year we’ve got millions of students and teachers who don’t know whether they will be seeing one another in person or online—and even if they start in person, it’s anyone’s guess how long that will remain the case. Then there are the anxieties swirling around children and adults alike, including what feels like the most consequential presidential election of all our lifetimes and the enormous, terrifying unknown of Covid-19 as it continues to play havoc with our health and economy.

At least we can be certain there are some good books middle-grade readers can look forward to; here are some suggestions to take them through the first several weeks of this very weird fall season.

Cree author David A. Robertson combines cultural tropes in The Barren Grounds (Puffin/Penguin Random House Canada, Sept. 8) when he sends Cree foster kids Morgan and Eli through a portal not into Narnia but into Misewa, the animal inhabitants of which are struggling to survive the White Time. This original Indigenous fantasy kicks off a series.

In Land of the Cranes (Scholastic, Sept. 15), Aida Salazar gives readers a memorable protagonist in Betita Quintero. Even though she and her family live in the “sanctuary state” of California, her father is taken by ICE, throwing their tenuous stability into doubt. The fourth grader is a budding writer, and her love of words shines through in Salazar’s verse chapters.

Rena Barron’s title character in Maya and the Rising Dark (HMH Books, Sept. 22) always thought her father’s stories were made up—till she finds that they’re all too real and that she must use the power she derives from her newfound West African orisha heritage to heal the veil that keeps the shape-shifting darkbringers from preying on this world. Abundant twists and turns will keep readers glued to the pages.

African American sharecropper Loretta Little Looks Back (Little, Brown, Sept. 29), and so do her brother and his daughter in this unusual sequence of monologues from Andrea Davis Pinkney, illustrated by Brian Pinkney. As the three characters speak their stories to readers, they escort children through episodes of little-covered history over an unforgettable four-decade span.

Being the only Vietnamese American kid in her new Georgia school is hard enough; Thom’s mysterious new superstrength just makes everything worse. Could the Monkey King be her salvation? Author Van Hoang and illustrator Nguyen Quang take Thom and readers on a trip through Vietnamese tradition in their modern fantasy, Girl Giant and the Monkey King (Roaring Brook, Oct. 6).

For 18 days in the summer of 2018, 12 young Thai soccer players and their coach were trapped in a flooded cave in northern Thailand. In All Thirteen (Candlewick, Oct. 13), Christina Soontornvat relates their extraordinary survival and rescue, providing contextualizing information on geology, geography, Buddhism, hydraulics, and diplomacy while keeping readers on the edges of their seats.

Lamar Giles brings back Otto and Sheed, heroes of The Last Last-Day-of-Summer (Versify/HMH, 2019), for a multiverse-disrupting adventure on the other side of The Last Mirror on the Left (Versify/HMH, Oct. 20). Readers who have not yet met the Legendary Alston Boys of Logan County are lucky to have not one but two novels with this pair of smart, likable Black boys.