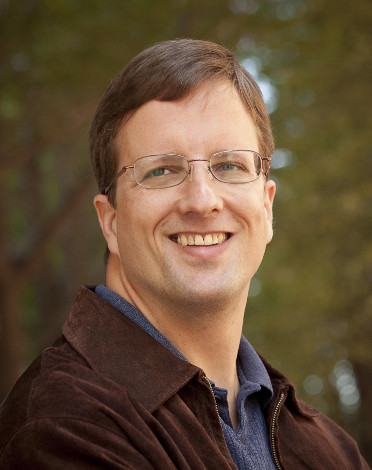 Post-apocalyptic fiction has been undergoing a resurgence these past few years. The world’s been destroyed by plague, aliens, zombies, nuclear war and catastrophic climate change, to name a few. Mike Mullin’s apocalypse of choice for his YA trilogy—which now concludes with Sunrise—was the eruption of the supervolcano at Yellowstone. He chose that potential event because no one else had previously chosen it as a cause; the first part of his series, Ashfall, actually pubbed just one month before Harry Turtledove’s Supervolcano: Eruption.

Creating a realistic-seeming apocalypse and its aftermath was incredibly important to Mullin. As teenage lovers Alex and Darla journey across the Midwest, and then in Sunrise, begin to establish a town, they are frequently threatened by cannibals, or “flensers,” as they are known in the series. I wondered whether human beings would really descend to such measures so quickly. “I wish I were making that stuff up,” Mullin says. “I’m the least creative person in the history of the world.” He continues, “As our economy becomes more efficient, there’s less and less inventory. If there’s anything that happens to disrupt our careful economy, we’re starving within days. People are starving even now, even though it’s not an apocalypse.”

When I asked Mullin what role he’d play in a post-apocalyptic society, his answer was that he’d “fill a belly or a grave.” According to his research, everyone younger than six and older than 35 is pretty much doomed, although being with family betters one’s survival odds. Women are more likely than men to survive, because, he explains, “Men need more fuel and start with less. The first guy to die is the muscle-bound one.”

Mullin read Jared Diamond’s Collapse, Pier Paul Read’s Alive, and accounts of the Donner Party to learn more about environmental disasters, survival in extreme conditions and what drives humans to cannibalism. Mullin also studied military tactics and made many visits to the Ropkey Armor Museum in Crawfordsville, Ind., where he spent hours climbing over tanks and talking with the museum’s founder, Korean War veteran Fred Ropkey. Mullin believes that the “best kind of research” is the sort where he can “actually experience it.”

It was on a visit to Indianapolis where Mullin saw some ornamental kale, and ultimately realized he had found the perfect vitamin C-rich vegetable for supervolcano survivors struggling to find a crop that wouldn’t die in the long winter brought on by the ash-choked skies. There are “kale varieties that can freeze solid and survive. It’s an amazing, hearty plant.” Kale and pork are what allow Alex’s nascent settlement to survive while others starve or turn cannibal.

Alex and Darla’s mutual devotion sustains them both emotionally, despite the many terrible things they experience throughout the trilogy. Their love seems unusually strong and mature for their age, and I wondered if this couple—a suburban, somewhat geeky guy and a self-sufficient, rural young woman—would ever have gotten together under normal circumstances. Mullin said probably not. “Alex was attracted to Darla immediately, but I don’t think she would have had the time for him. Here’s this kind of naïve boy, not relevant to her world. His qualities, kindness, leadership, toughness, his fighting ability, don’t really become apparent without that apocalypse.”

Many of the best qualities of Alex and Darla and their young peers blossom in the crisis: These teens are cleverer, more mentally flexible, more practical, and often more moral than the surviving adults. Sure, it’s standard in a YA novel for the kids to be smarter than their parents, but Mullin genuinely believes that younger people have more potential than their elders. “Absolutely it’s true in general. It’s very difficult to find a climate-change denier among teenagers or someone who thinks that gays shouldn’t have same rights. I have very little confidence in my own or the older generation. I really believe that today’s teenagers are better positioned…for the future.”