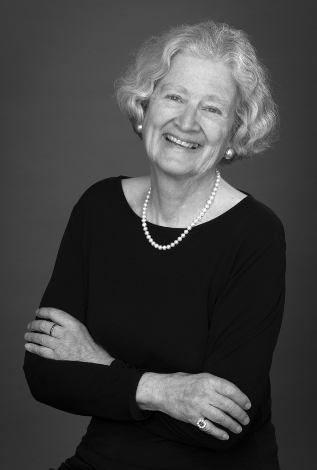 No matter how old we are, no matter how many children we may have, a part of us always wants to feel like somebody’s child.

Mimi Baird’s powerful memoir (really a memoir within a memoir) He Wanted the Moon speaks to this longing to be known as a daughter, to embrace the legacy of one’s parents and to feel knitted into the fabric of family. Baird’s opening sentence sets the table: “It was the spring of 1994 when I returned from work to find the package containing my father’s manuscript on my doorstep. I was fifty-six years old and I’d been waiting for some word of him for most of my life.”

Though Baird’s father, Dr. Perry Baird, had died in 1959, he had been lost to his daughter decades earlier. A Texas-born, Harvard-educated physician with a brilliant mind and a promising career, Perry Baird began to suffer from manic depression at the age of 30. His mentor, the famous Harvard physiologist Dr. Walter Cannon, suggested he leave the rigors of the laboratory and pursue a less stressful field of medicine, so Baird began a dermatology practice that thrived. To shield his young family and friends from his disease, Baird retreated to the Boston Ritz-Carlton during his manic episodes, drinking gallons of Coke in his room and emerging when the mania had passed. But by 1944 the illness had progressed, and when Baird made a wild appearance at his suburban country club, he was handcuffed by state troopers and instituted at Westborough State Hospital near Boston. From that day on Mimi’s mother would say only that her husband was “ill” and “away.” Mimi was six years old.

“I grew up with nobody ever talking to me about my father,” says Baird. “My mother just waved it away as if he’d flown into the wild blue yonder. That was the normal way of communicating things that were unpleasant at that time. You just whistled a happy tune.”

A chance meeting with an elderly surgeon in 1991 changed that. When Mimi remarked offhandedly that her father, Perry Baird, had also been a physician, the surgeon said, “I knew your father. We were at Harvard Medical School together.” Mimi writes, “It was the first time in my life anyone had spoken to me about my father in this way, as if he were an actual person.”

It was just a sliver of light through a crack in the door, but from that moment on Baird was determined to pry the door of her father’s life wide open. “After being dormant for over 50 years, my curiosity became so sharpened,” she says. Baird began interviewing her father’s old neighbors and colleagues. She requested his medical records. Amazingly, an old librarian at Harvard’s Medical School Library remembered Dr. Baird fondly and pulled a thick file of his correspondence with Walter Cannon at no charge.

Finally, during a work trip to Dallas, Mimi mustered up the nerve to call her father’s brother, Philip, the man who had taken care of her father in the final years of his life, after a lobotomy had rendered him helpless. At the end of their meeting Philip said, “By the way, your father wrote a manuscript,” Baird recalls. For decades, Philip’s son had been keeping it boxed up in his garage.

When the manuscript arrived at Baird’s house in Vermont, the stack of onionskin paper measured eleven inches tall. The title, “Echoes from a Dungeon Cell,” foreshadowed the harrowing story within. Soon Mimi became familiar with her father’s account, an earnest and heartbreaking attempt to record, with a physician’s meticulousness and a patient’s candor, what it feels like to have manic depression and the tactics applied to repress it. Readers will feel shock at his brutal treatment (starvation, beatings, body restraints), surprise at the medical community’s utter ineptitude toward mental illness (“try not to talk so much” advises one psychologist; “it’s a sexual problem” ventures another) and sorrow as we witness a brilliant man being stripped of his dignity and humanity, divorced from his wife, separated from his children, and restricted from practicing medicine, waiting in vain in dirty hospital clothes for visitors who never show up and letters that never come.

Initially, the material was too explosive for Mimi to access emotionally. “I wrote the first draft of the book in the third person,” she said. Yet over years she gained an intimacy with the manuscript, a familiarity with the pages standing in for familiarity with the man. “The more I worked with the manuscript, the more I could tell the variation of his mood,” she says with a trace of pride. “I’d read some of the boastful things that he wrote and think, ‘You’re as high as a kite.’ Then I could tell when he came down and leveled out. It became intuitive.”

Though Mimi put the project down, sometimes for years at a time, she never gave up. “My father wrote for a purpose. He was an educator, a teacher who said ‘I want people to understand what I’m going through’ and that was the thing that kept him going through all those horrible times. That was my motivation too—to finish the project,” she says.

Now that the book is finished, Mimi says she feels like a new person, an intriguing comment from a 75-year-old retired grandmother. “I think as I was figuring out my father, I was figuring out myself,” she says. “Until I started doing this, I really wasn’t sure what I was about, because I didn’t know what had happened all those years ago. And then when I figured it out, it took away the mystery of why I am the way I am. All of a sudden, instead of just being the person that my friends and family see, I became someone that I could see.”

Kirk Reed Forrester is a writer living in Houston.