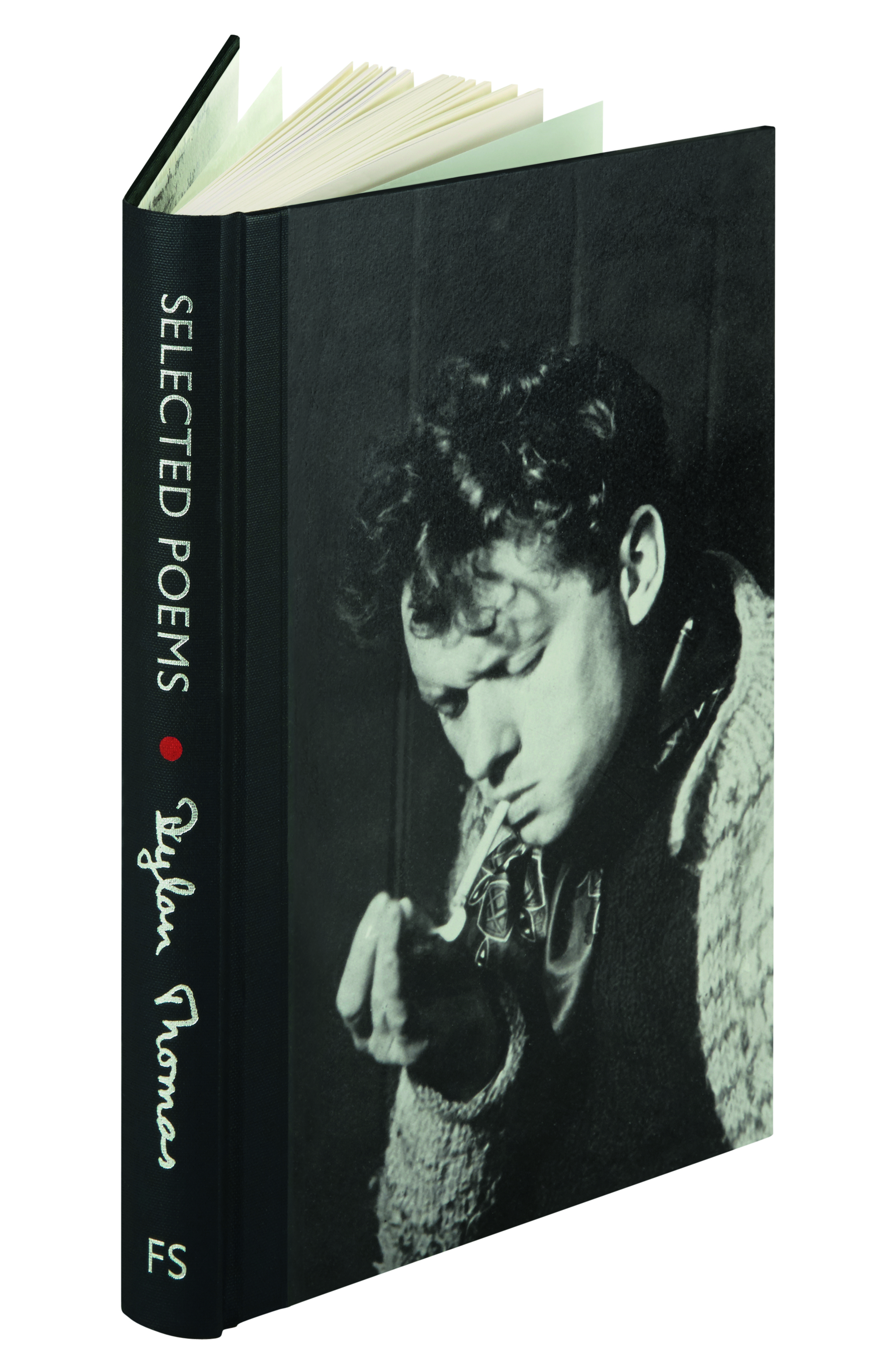 I heard Dylan Thomas’ melodious Welsh voice long before I read any of his poetry. When I was in high school, a teacher played my class a record (remember them?) of Thomas reading “Do not go gentle into that good night,” and I’ve never forgotten those hypnotic cadences. In his introduction to a beautiful new Folio Society edition of Thomas’ Selected Poems, novelist and poet Owen Sheers says Dylan’s work is “a reminder that poetry has its roots in music, and always will.” In this centennial year of Thomas’ birth, the many tributes taking place around the world are a reminder that literature can take many forms beyond the current choice of paper or e-books; during the PEN World Voices Festival in New York in May, I saw a rollicking “multimedia tribute” to Thomas that incorporated jazz, hip-hop and spoken word—in English and Welsh. The deep sounds of the double bass evoked Thomas’ voice like nothing else.

Perhaps Thomas attracts more creative approaches than most writers—even in the 1950s, he was known for his groundbreaking reading tours, and in the early ’60s the rising folk singer Robert Allen Zimmerman changed his name to Bob Dylan in his honor (mispronouncing it, as far as the Welsh are concerned, but that’s another story). There’s a walking tour of Thomas’ Greenwich Village, where he stayed several times while on tour—and where he died—available as both a book and a smartphone app. A Welsh journalist has started a website to urge the observance of annual “Dylan Nights” to honor the poet around the anniversary of his death on Nov. 9with eating and drinking and poetry recitations.

But of course it always comes back to the words on the page, and I’ve been returning again and again to the Folio Society edition, with its thick creamy paper, endpapers showing Thomas’ handwritten notes and several photographs, including a contact sheet from a 1946 session for Vogue and a lovely shot of his writing cottage on an estuary in Laugharne, nestled among the hills of South Wales. Holding that book in my hands, it feels like something that will last forever.