A Netflix Hit, Enola Holmes Is Back on the Page 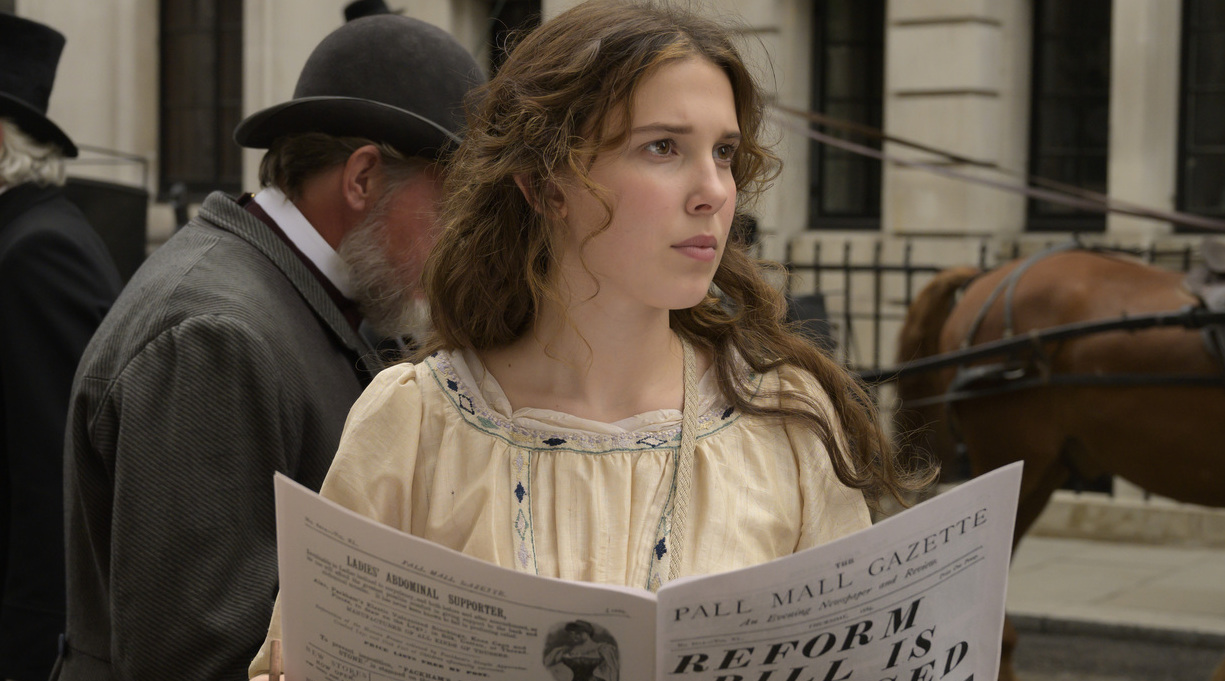 When Enola Holmes began streaming on Netflix in 2020, it galvanized newfound interest in the source material. The Case of the Missing Marquess was the first in a series of mysteries penned by veteran author Nancy Springer between 2006 and 2010. A powerful recasting of Arthur Conan Doyle’s Holmes-ian world, the series (originally published as middle-grade books) features Sherlock and Mycroft’s much younger sister—deftly raised by her feminist mother—as she grows into a code-breaking, puzzle-solving investigator given to besting her better-known brother. “The movie casts her as a detective,” notes Springer when we chat via Zoom, “but I always call her a perditorian, a finder of lost things. She sees herself more as a saver of souls and the finder of the lost, but of course she does have a lot of puzzle-solving to do along the way.”

Produced in part by siblings Paige and Millie Bobby Brown—after Paige fell for the books and brought them to her actor sister’s attention—the lively adaptation features the extremely well-suited (both in terms of roles and costumes) Millie Bobby Brown, Henry Cavill, and Helena Bonham Carter and landed in the top 15 straight-to-video streaming movies in the U.S. last year. In May, Netflix announced a sequel.

But first, Enola returns in a YA novel, Enola Holmes and the Black Barouche (Wednesday Books, Aug. 31), with all her charm, smarts, humor, and love of fashion in full flow. That last element, Springer explains, started out as a tendency toward disguises: “When I first started to write the series, my directive was to make it dark—deepest, darkest London in the time of Jack the Ripper. But after a while, Enola started to take over more, and she wanted to dress up. Where she gets her fashion sense I have no idea, because I personally have none.”

The seventh Enola Holmes mystery—written, says Springer, in 2012 but not finding a publisher at the time—begins when she receives a letter from Dr. Watson begging for help with a depressed Sherlock. It’s during Enola’s visit to her brother that one Miss Letitia Glover calls at Baker Street: Letitia has been informed that her twin sister has died, but she suspects a lie. As the investigation into one of the bleaker realities of women’s lives in Victorian England develops, Enola and Letitia become friends. Holmes and Watson lend a hand, as does Enola’s original partner in crime, Viscount Tewkesbury, Marquess of Basilwether, fondly known as Tewky, but it is clear from the get-go that Enola is this team’s leader.

“Throughout my life,” says Springer, “if something bothered me or went wrong, I would write a book and fix it. As a child I read and adored Sherlock Holmes, but he didn’t really—except for [the character of] Irene Adler—respect women very much. Women were meant to be saved; they were there to be rescued and protected. I wrote in the world of Robin Hood and gave him a daughter [in Rowan Hood: Outlaw Girl of Sherwood Forest]. With Holmes, I simply could not conceive of that, so I gave him a kid sister: I was a kid sister with two much older brothers. I know how a kid sister handles these things, and I felt that Sherlock deserved to have one and that she could bring him down a peg or two.” But, Springer points out, the similarity between herself and Enola has its limits: “As a child, I was quite shy and rather timid. Enola makes up for that.” 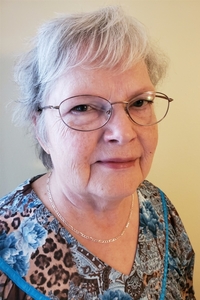 Nancy Springer. Photo by Jaime F. PintoWhile ongoing research is the key to bringing Enola to life—Springer hoists an enormous scrapbook of clippings into view and details the life of leech-catchers as one example—other aspects of the writing come more easily. “My father was born in 1906, and my mother was born in 1909, and if they were not Victorian exactly they were pretty close,” Springer explains. “A lot of the vocabulary in Enola Holmes is the vocabulary I heard from my parents: They used these strange expressions like needs must and shank’s mare. All that Victorian dialect, I was raised with it.”

With more than 50 books of fantasy, science fiction, and mystery under her belt, Springer says that discovering “the unexpected connection, something that you totally wouldn’t associate with something else on the face of it, but that solves a strange problem,” is what makes mystery writing fun. “I like the playfulness in writing an Enola Holmes story. I struggle with plot, but when it does come together, it’s great.”

As for the pleasing synergy of real-life sisters empowering themselves to pursue their own creative project based on her books, Springer says that’s the icing on the cake. “For me that’s absolutely the best thing, because most of my adult life I’ve written as a youth advocate,” she says. “I’ve written for women and for young people. And now a couple of young people made my books into a movie, and the movie has brought renewed life to my books. It’s a full circle, and it’s wonderful.”