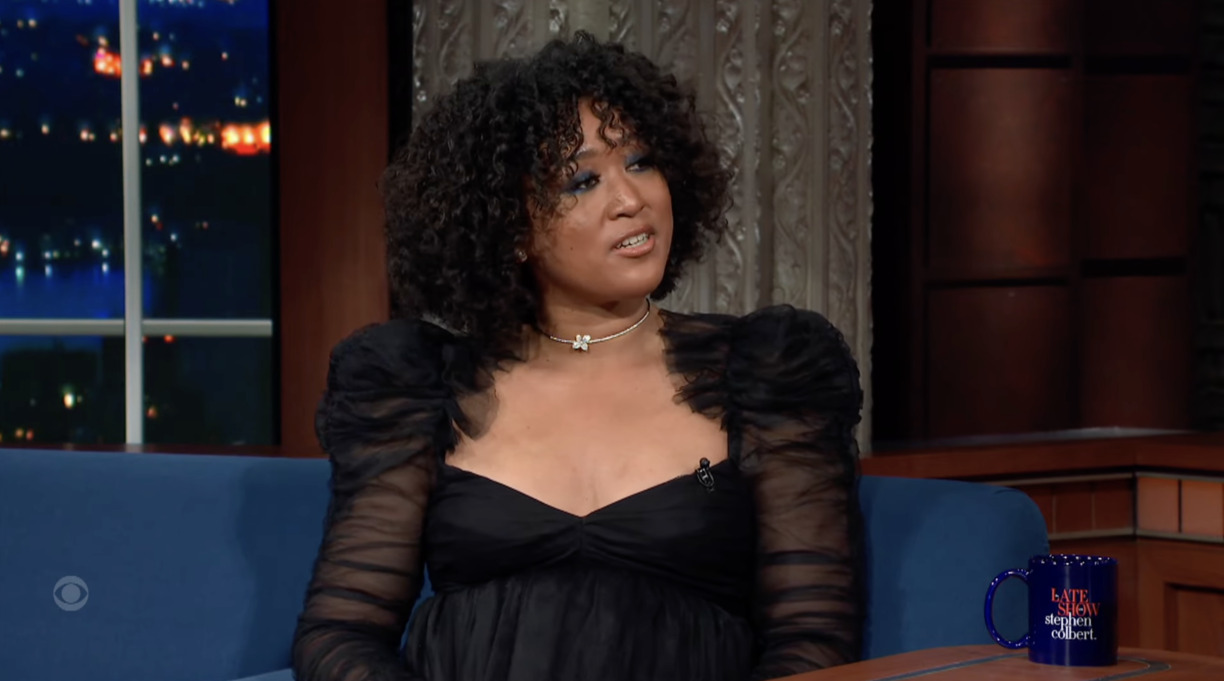 Naomi Osaka on ‘The Late Show With Stephen Colbert’

Osaka’s book, with illustrations by Kamala Nair, was published Tuesday by Harper. The book is inspired by Play Academy, a charity that provides grants to community sports groups in the United States, Haiti, and Japan. “With its big-name author, this book is a Grand Slam,” a critic for Kirkus wrote of the book.

Holding up a copy of Osaka’s book, Colbert asked, “I’m curious, who taught you to play like a champ?”

“Both of my parents would say themselves,” Osaka responded to laughter from the audience. “You know, I tell them whatever they want to hear.

“You’ve become a champion in your own right, of mental health, of people being open about how they feel,” Colbert said, referencing Osaka’s candor about dealing with depression and anxiety. “Where did you learn that for yourself? Where did you find the personal courage in the face of that kind of pressure to be OK with not being OK?”

“I’ve always been taught to stick it out, or work through it,” Osaka said. “And I think that’s a very valuable lesson, because it has gotten me through a lot of things in my life. But there was just a point where I thought to myself, ‘Why?’ And not in a negative way, but like, if I am feeling this way, why would I keep pushing through it when I can confront it and fix it and then continue on my journey?”