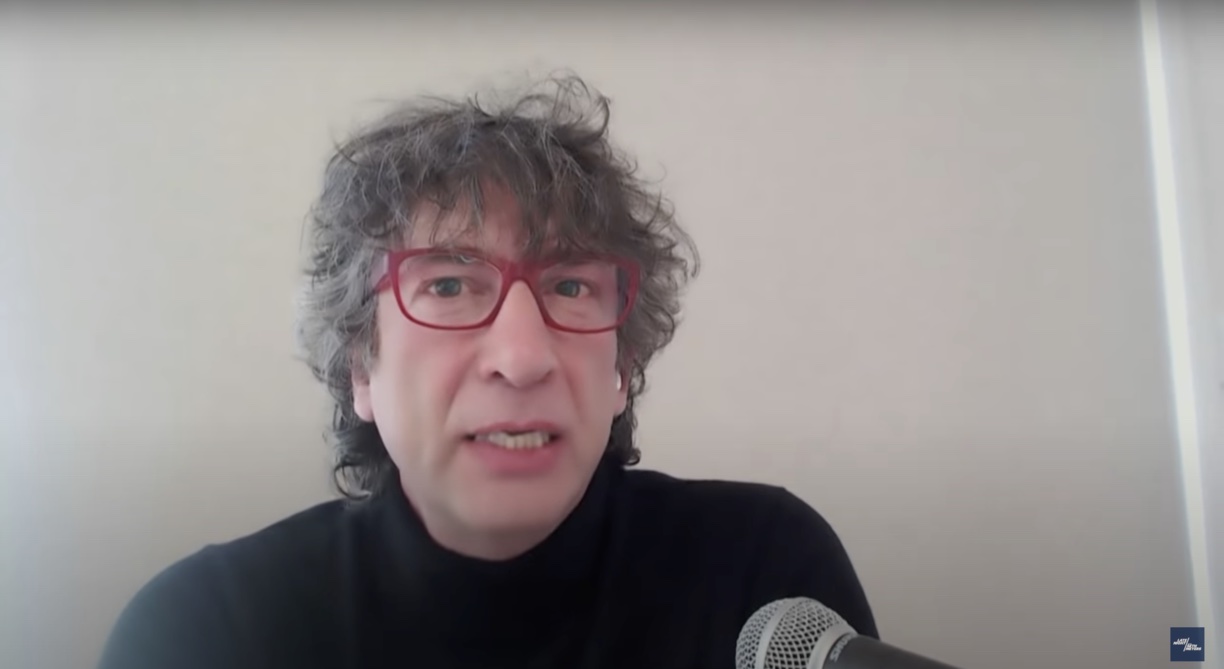 Neil Gaiman doesn’t think there’s an upside to the quarantine.

The popular fantasy author appeared on Seth Meyers’ late-night talk show on Tuesday to discuss the pandemic and the television adaptation of his 2001 novel, American Gods. Meyers noted that the last time Gaiman was on the show, he said that “sometimes writers need to find their way to boredom to inspire creativity.”

Gaiman responded, “I think when I was talking about boredom, I was talking about that fantastic state of being stuck watching middle-school drama, or just being in the shower, or being on a train and your phone is dead, and you’re looking out the window and everything’s peaceful and your mind is wandering. This is a lot more like being locked in a cellar with an unexploded bomb and several venomous snakes, and it’s just going on for ages.”

Meyers asked Gaiman how he felt living in a time that’s “beyond what anyone could have imagined.”

“As an author of fiction, it’s my job to be convincing,” Gaiman replied. “Real life has no such obligations, and right now, we’re all wandering around a scenario that, frankly, is incredibly unconvincing.”

Meyers noted that American Gods, which deals with issues including immigration and racism, feels especially “of the moment” now.

“I would have been perfectly happy for it to feel less of the moment,” Gaiman said. “I would have been fine for [it] not to be relevant. But it is relevant, and it’s really peculiar at how incredibly relevant it is right now.”