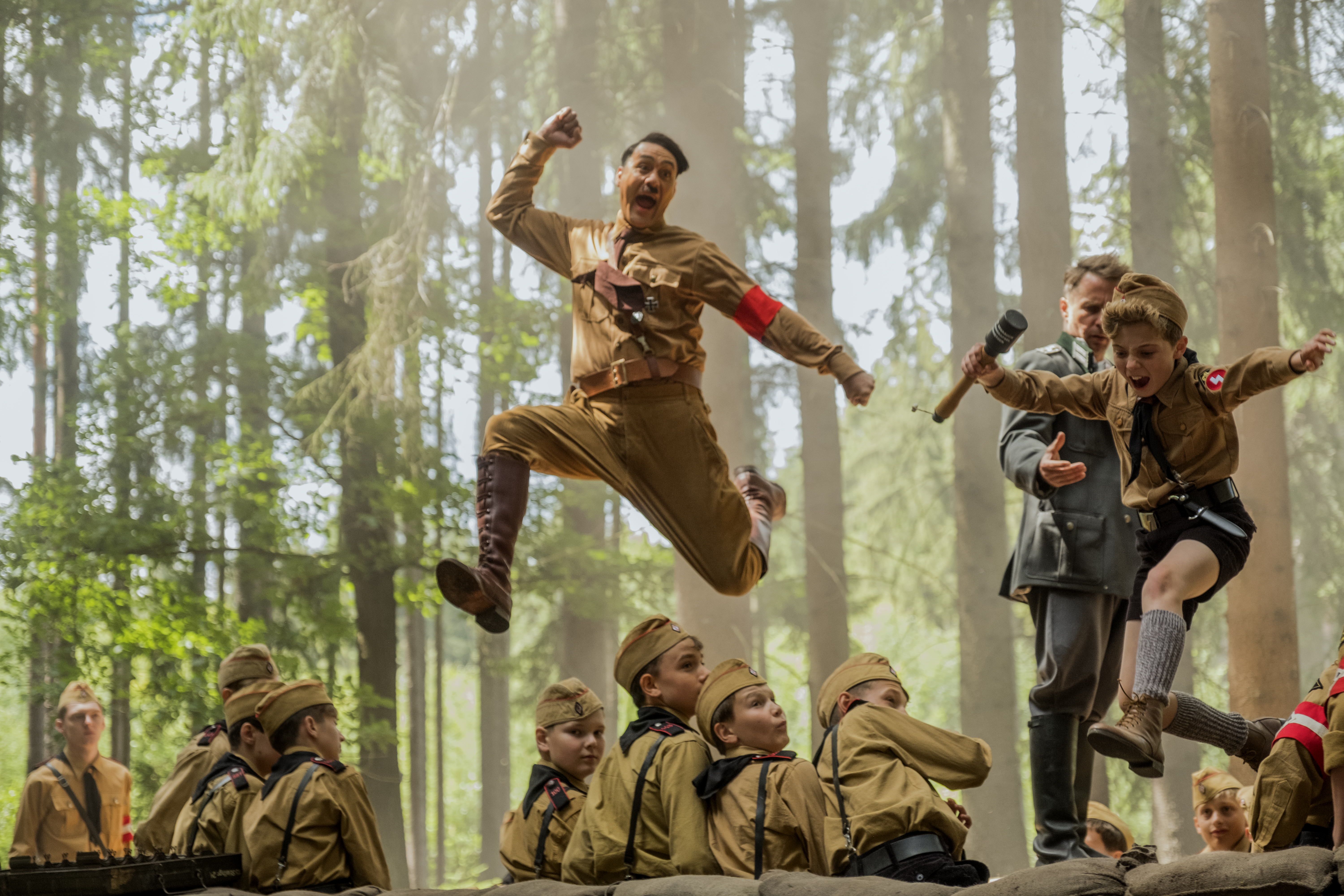 Both the book and movie tell the story of a young boy, Johannes Betzler, who joins the Hitler Youth and later finds out that his mother is hiding a Jewish girl in their house. However, it appears that the novel and its adaptation have very different tones, indeed. Kirkus’ reviewer called Leunens’ book “a dark, disturbing novel,” noting that “it isn’t clear if Johannes is meant to be a sympathetic character, and as the novel goes on, and his choices grow more and more disturbing, it becomes harder to sympathize with him.” The film, as evidenced by the trailer, takes a much more satirical approach to the material:

That’s Waititi himself as Johannes’ imaginary friend, Adolf Hitler. The New Zealand filmmaker/actor is best known for directing the highly entertaining 2017 Marvel superhero film, Thor: Ragnarok, which was much more comedic than previous Thor movies; he also co-wrote and -directed the hilarious 2014 vampire comedy What We Do In the Shadows. Less well-known, however, are his excellent, bittersweet coming-of-age tales Boy (2010) and Hunt for the Wilderpeople (2016), the latter of which was based on Barry Crump’s 1986 novel Wild Pork and Watercress. Waititi’s original script for Jojo Rabbit was on the 2012 Black List of favorite unproduced screenplays, chosen annually by film executives.

The film also stars the young Roman Griffin Davis as Johannes (whose nickname, “Jojo Rabbit,” is the source of the film’s title); Scarlett Johansson as his mother, Rosie; and Thomasin McKenzie as Elsa Korr, whom Rosie is hiding.