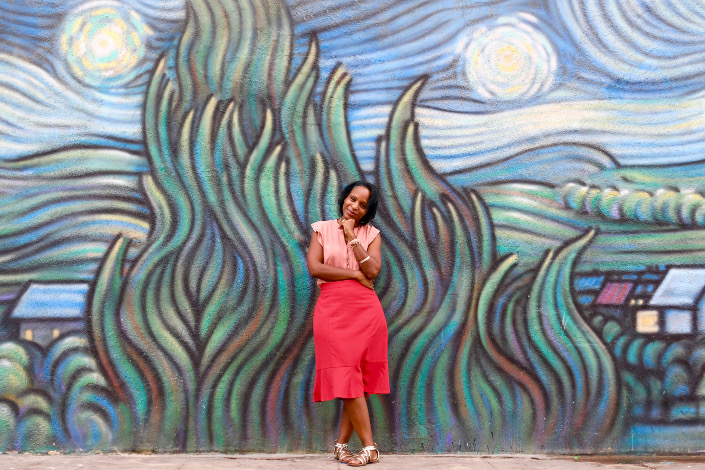 Before she published Everything, Everything in 2015, Nicola Yoon never imagined that she could get paid to be a writer. She’d always known writing books wasn’t a feasible way to make a living. Instead, she says, “I had this just terrible, no-good job. I worked in finance, and I basically just got yelled at on a daily basis.” She wrote in her spare time, balancing it with caring for her newborn daughter.

Then, however, Everything, Everything became a massive hit. It spent 40 weeks on the New York Times bestseller list and was adapted as a film. Her second book, The Sun Is Also a Star (2016), was equally as successful and is soon to be a movie as well.

These days, Yoon spends her days writing and hanging out with her daughter, which has made her a much happier person. That success also presents a creative challenge, though. “You get to know what the entire world thinks of your books,” she says, “which is sometimes awesome and sometimes not awesome.” Yoon has struggled with second-guessing her ideas based on that feedback—it’s tempting to try to give readers exactly what they say they want.

She’s had to find a way to stay focused on her own unique sensibility, which mostly means asking a lot of really big questions. “That’s the thing that inspires me as an artist,” she says. “What’s the meaning of life? What’s the meaning of love? I really want to know.” She reads philosophy books for fun and will happily discuss the importance of hope to the human condition.

Yoon’s central subject always remains the same: love. “I really, truly believe that love is the thing that makes the world go round,” she says. “Every time I say that I feel like people think I’m cheesy, but it is true, and I can’t get around it.” That love can take many different forms—familial, intellectual, creative—but, at their core, both of Yoon’s novels are romances.

Love stories can be easy to dismiss as frivolous and inessential, especially when we’re asking more of YA novels, in terms of both artistry and representation, than we ever have. Yet Yoon points out that we still really need stories about diverse characters that aren’t focused on big issues like racism or homophobia. “I think that everyone needs to be afforded the full measure of their humanity, so it’s not just about struggle—there is also joy,” she says.

Certainly in her own life Yoon is a pretty happy person. “I don’t wake up in the morning thinking about the struggle,” she says. “I can’t live my life like that.” Instead she makes blueberry pancakes for her kid while her husband makes the coffee.

That positivity can sometimes be hard to hang onto in an atmosphere where every day seems to bring more terrifying news. Like many writers, Yoon struggled in the aftermath of the 2016 election. “There was a while after that I was just not writing, and every time I did write it was just awful,” she says. “I was just like, ‘What am I doing? The world is on fire. Who cares about my books at all?’ ” It took some time to find meaning in writing again.

Now Yoon insists that stories are the answer to our problems, or at least part of it. “The only thing that is going to save the world, and America specifically, is empathy, and books are good at that,” she says. “It’s hard for you to spend 400 pages in someone’s head and hate them still.”