‘Nightbooks’: A Rediscovery of Witches 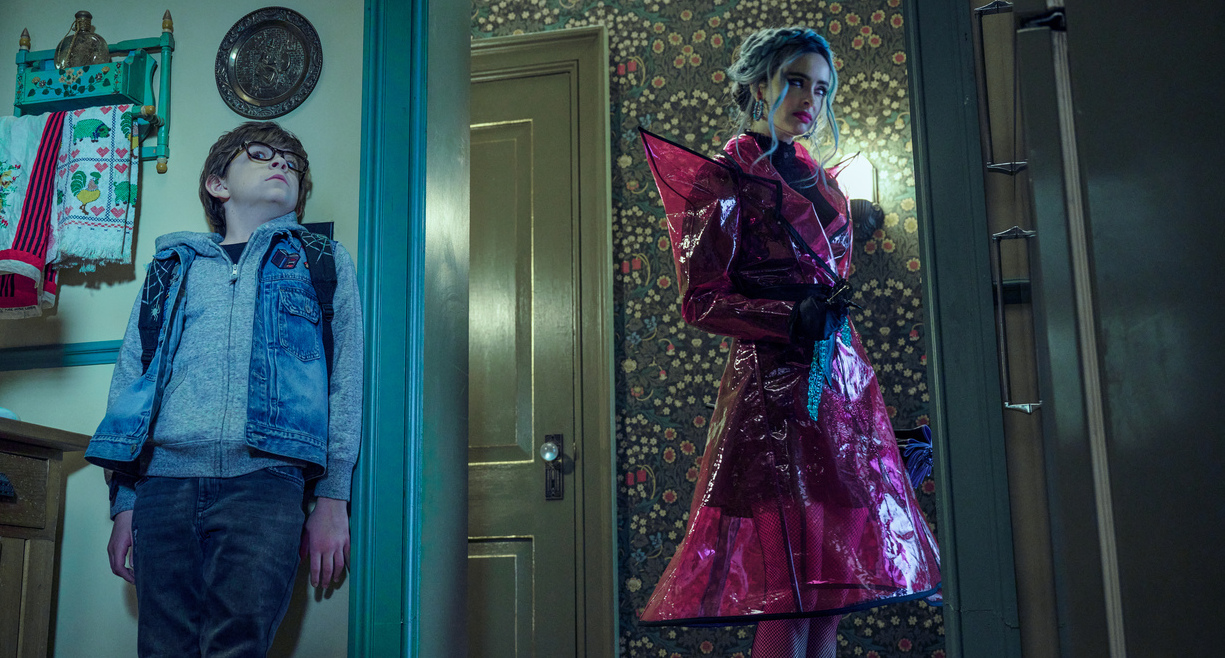 Nightbooks, J.A. White’s 2018 middle-grade novel, pits its young characters against a witch—a supernatural character type with a long tradition in children’s fiction. L. Frank Baum’s The Wonderful Wizard of Oz gave us the Wicked Witch of the West and Glinda, the Good Witch of the South, of course, and other witches appear in the works of authors as disparate as Tomie dePaola, Roald Dahl, Jill Murphy, and R.L. Stine. White’s book, however, spins a yarn that hearkens back to a story that’s older, and more disturbing, than all of these—one that gives it a strange power all its own. A new Netflix movie version, produced by horror master Sam Raimi, premieres on Sept. 15, and it keeps the novel’s creepiness intact.

Director David Yarovesky’s previous film, 2019’s Brightburn, was a deconstruction of superhero origin stories that imagined its Superboy-like character as an evil, murderous teen. His new movie, like its source material, also draws on a well-known tale: “Hansel and Gretel.” That story is even darker than you remember it— a pair of young siblings, left to die in the woods by their parents, are lured into the clutches of a cannibalistic witch who lives in a house made of sweets. She forces Gretel to be her servant, imprisons Hansel in a cage, and fattens him up for slaughter; the kids finally manage to escape after pushing the witch into her own oven, where she burns to death. (Truly, a fun story for the entire family.)

White’s novel initially seems to tone down the more grotesque qualities of that fairy tale. Twelve-year-old New Yorker Alex hears dialogue from the classic horror movie Night of the Living Dead coming from an apartment in his building; he knocks on the door and a 20-something woman, wearing all black, answers. From the open door, he catches the aroma of freshly baked pumpkin pie, one of his favorite foods. The woman, Natacha, smiles and invites him in, but the as soon as he enters, he finds himself trapped. It turns out that there was no movie on TV, no baked goods—it was all the result of a spell to draw him in, and now he’s Natacha’s captive. After she finds out that Alex enjoys writing scary stories, she forces him to read them to her, for unexplained reasons that become clear later on. She directs him to write more tales in the apartment’s massive library, threatening dire consequences if he doesn’t do as she says. The apartment also houses another young abductee, the science-minded Yasmin, who’s forced to cook and clean and tend to Natacha’s dangerous magical plants. Alex and Yasmin soon bond and develop an escape plan, finding that the key may lie in notes jotted in the margins of the library’s books, apparently written by a girl whom Natacha kidnapped long ago. It turns out that the apartment, and Natacha, have darker secrets than the kids could have imagined, and they all hinge on a plot twist that clearly shows White’s deep respect for his fairy-tale inspiration.

Along the way, White also shows a great love for short-form horror. The creepy tales that Alex writes and reads to Natacha often have a fun, Goosebumps-style charm; one memorable story features a playground haunted by the spirits of dead children, while another tells the tale of a supernatural teddy bear. They’re especially fine works for a 12-year-old creator, so it’s odd that Alex is ashamed of them. In the book, a school counselor is said to have expressed concern about Alex’s mental health after reading the stories, while in the film, Alex’s best friend thinks the stories are uncool. However, both scenarios seem unlikely at a time when the horror genre is undergoing a renaissance. Indeed, it couldn’t be more mainstream than it is right now; It Chapter Two, which came out the year after Nightbooks was published, raked in nearly half a billion dollars at the box office, and other horror films of recent years, such as Get Out, The Invisible Man, and Midsommar, have received nearly universal critical accolades.

Still, Nightbooks gets a lot of other things right, especially in its unexpected third act. The movie features a few unnecessary moments of gross-out humor, which won’t be to everyone’s taste; let’s just say that a PBJ won’t seem all that appetizing for a while. However, Krysten Ritter’s performance as Natacha is consistently entertaining; it often calls to mind her hilarious work in the underseen ABC sitcom Don’t Trust the B---- in Apartment 23, as do her outlandish outfits, designed by Autumn Steed. Winslow Fegley, as Alex, and Good Girls’ Lidya Jewett, as Yasmin, put in earnest, likable performances, as well. It’s the horror elements, though, that make this film worth a watch. Nightbooks never forgets its story’s scary roots, or the inherent grimness of Grimm.