We talk to the illustrator of THE GOLDEN THREAD 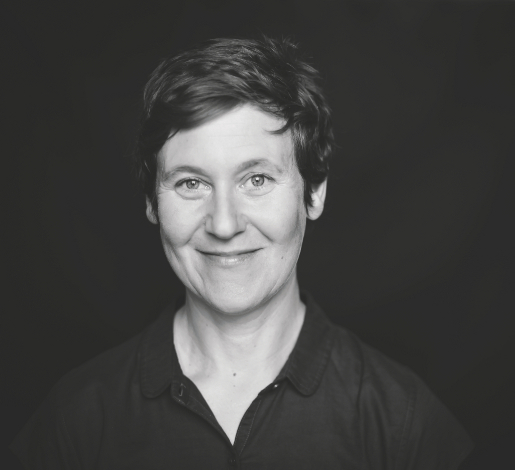 The tools of progress can be humble and unexpected. For Pete Seeger, it was a banjo whose head read “This Machine Surrounds Hate and Forces It to Surrender.” For Olympia-based papercut artist Nikki McClure, it’s an X-Acto knife.

“There’s a coup going on in our country,” says McClure, who, in the fall of 2016, shelved her own work-in-progress to prioritize illustrating The Golden Thread: A Song for Pete Seeger by children’s author and Decemberists rocker Colin Meloy.

“This dark cloud had parked over everyone and everything,” she says, “and so it was a way to shoot a ray of light through that, to focus on this person who had persevered through similar times.”

In terms of research, McClure says, Meloy’s rhymed biography of the American activist, musician, and environmentalist is the biggest project she’s ever taken on. (Most of her author-illustrated books—The Great Chicken Escape, Waiting for High Tide, etc.—are based on her own life.) To inhabit Seeger’s story, she listened and re-listened to his songs, watched and re-watched episodes of his folk music TV show “Rainbow Quest” (1965-66), and researched everything from 1930s hats and knitting patterns to the way Seeger walked, talked, and sang.

“I heard there was a golden thread/A shining, magic thing,” Meloy writes in The Golden Thread. “That bounded up our little world/—I HEARD PETE SEEGER SING!”

McClure carves Seeger’s 94-year life out of black and gold papers, incorporating some of the most famous lyrics from the songs he sang into a golden thread that winds through the pages. On the preceding page, she features “This Land Is Your Land.” “If I Had a Hammer” accompanies the following lines by Meloy:

“HAMMER BRINGER! RIVER SINGER! SAILOR, SOLDIER, LEAN BELL RINGER,” he writes. “A fighter in peace, musician in war/He followed that string till he couldn’t no more.”

“I imagine this book will be read to a child,” McClure says, “ and it’s great to read aloud. Because Colin is a songwriter, it’s a vocal, oral event, more than [usual], because it’s rhyming, with this strange kind of rhythm set by the capitalized outbursts.”

Born to a family of traveling musicians, Seeger played music while serving in World War II, found fame with the band the Weavers, and was blackballed at the advent of the Cold War. He kept playing, kept protesting—traveled the world, built a family—and rightfully returned to popular acclaim.

“The aging of him, that was really a challenge,” McClure says. “How do you portray a character who starts off being shown as three years old and then up to 90-something years old, and have you understand that’s the same person?”

One of the book’s most unforgettable illustrations appears near the end: an aged Seeger and his wife, Toshi Seeger, share a tender kiss, encircled by the golden thread embossed with the lyrics to “Turn! Turn! Turn!”

“He would bend down and kiss her before every concert when she was in a wheelchair, when they got older,” McClure says. “I really wanted to show this sense of age—they’re young at the beginning and then they have these kids, but they were old and in love, physically in love—and you don’t see that much in books. And I didn’t want it to be sad, but I wanted it to be rich and full with real feeling.”

The result, according to Kirkus’ starred review, is a “positively joyous” biography of a legendary man.

“My main hope,” McClure says of choosing to interweave the song lyrics with Meloy’s melodious narrative, “is that the reader might stop reading for a second and start singing.

“And that they’ll learn about the life of a person,” she says, “who, by speaking up and using their voice, changed things for the better and brought people together. And just they’re singing! Through singing, you can do that.”